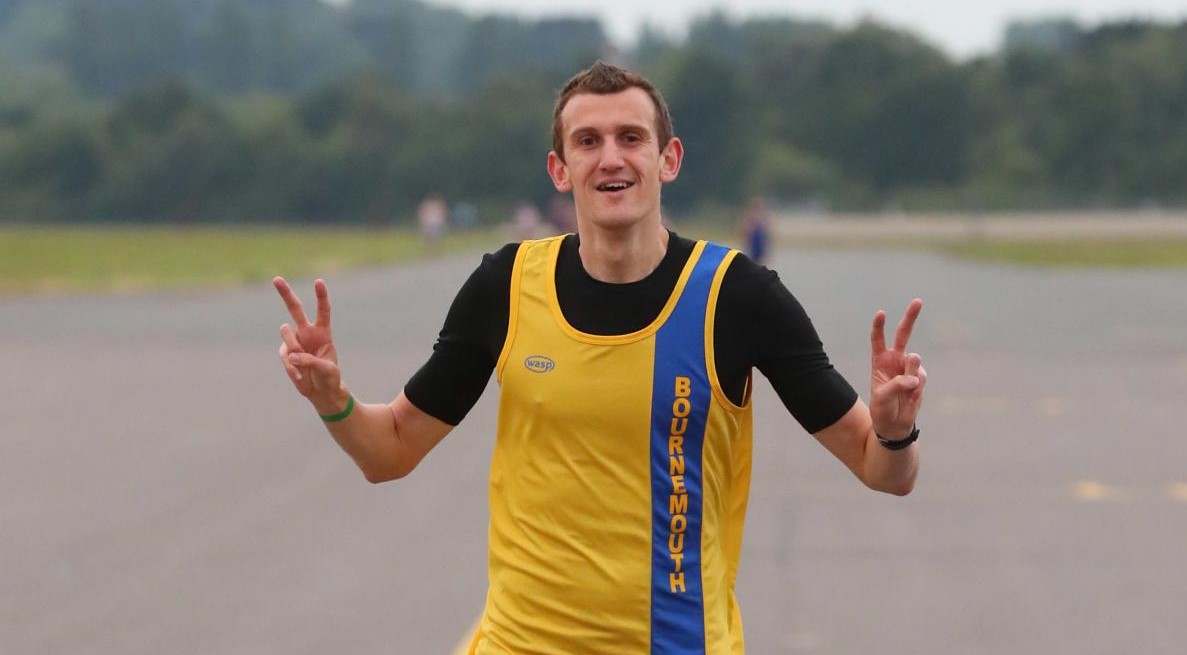 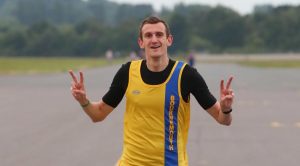 After a lengthy injury lay-off, Mitch Griffiths was in flight mode at the Southampton Runway Run 5k

It was up at the crack of dawn for Mitch Griffiths when he took off to catch the early flight from Southampton Airport for a somewhat unique 5k race.

The Southampton Airport Runway Run was set up to raise money for the Hampshire and Isle of Wight Air Ambulance charity, with 100% of the proceeds going to the cause.

A bout of Achilles tendinitis had kept Mitch grounded for quite some time but he was hope the wings of change were now on the horizon and he’d be able to rediscover his top gear.

Taking to the start line for this race was definitely a huge step forward in his road to recovery and would hopefully be an indicator that he was ready to put the turbulent times behind him.

The participants gathered on the airport runway waiting for the scheduled 5:30am departure. There were no delays and contenders were soon roaring down the runway. 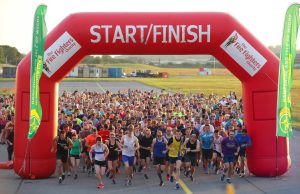 Cleared for take off: The Southampton Airport Runway Run gets underway

Mitch got off to a good start, assuming 3rd place to begin with, just behind one guy and one woman. The rest of the field were left lagging behind.

Completing the first mile in 5 minutes 18 seconds, it was a confident start from Mitch. Did he have the skills to keep control for the remainder of the flight path though? That was the question. 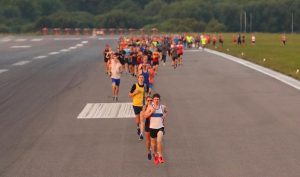 To start off with, Mitch was in third position and was going at a very quick pace

For his second mile, Mitch registered an even quicker time of 5:26. He was really excelling and was now up into 2nd position. That left just him with just 1.1 miles to go.

He now needed to just hold the pace, nice and steady, to see him through to a safe landing. Completing the last mile in 5:29, it was a very smooth journey for Mitch. He then propelled on to the finish, arriving in a terrific time of 17 minutes 15 seconds. 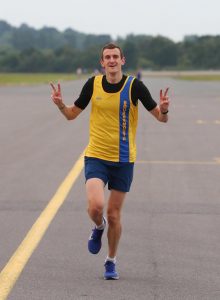 That secured him a superb 2nd place in a field of 1,000 people, which was a first class display, plain and simple. In fact, it was such a good performance it even surprised Mitch himself. He didn’t expect his fitness to be quite at that level in this early stage in his recovery.

Not one to rest on his laurels though, Mitch was back in action the following weekend, swinging by the New Forest to take part in the Sway Carnival 5-Mile Run.

Starting off from Wilverly Plain, the event was sure to put Mitch’s fitness and form to an even sterner test. He was now faced with the task of keeping his pace up for an additional two miles.

That one didn’t go quite so well for Mitch. He completed the first mile in 5:31 but for a much tougher, off-road course, that was a little too quick and he paid the price for it later as the run progressed.

Saying that though, he did still manage to finish in a time of 29:03, which is very good for a 5-miler, even though the course did come up slightly short. That put Mitch in 6th place on the day.

The start of his Bournemouth AC journey has certainly provided plenty of ups and downs for Mitch so far but he’s now looking firmly back on the recovery trail and can hopefully press on from here and pilot a return to his jet-setting best before long. 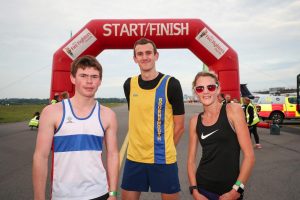 The top three: Mitch ran well to take second place in the Southampton Airport Runway Run behind the guy on the left, with the woman on the right taking third