NAL Round 2 in Manchester 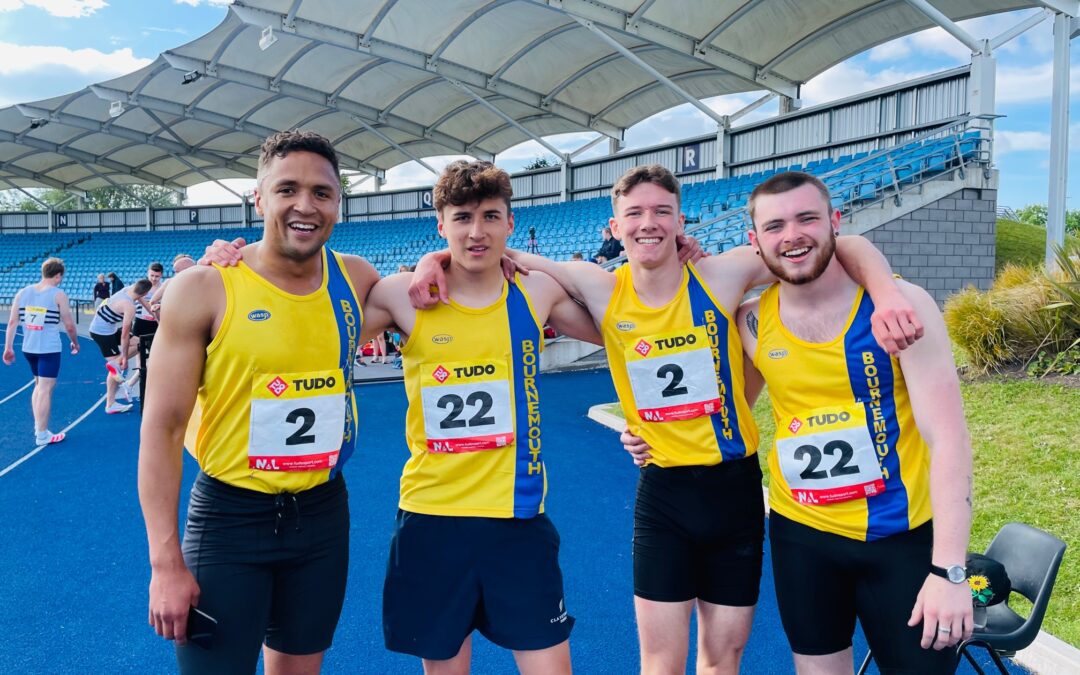 The National Athletics League was established in 2019 after the dissolution of British Athletic League (founded in 1969) and UK Women’s League (founded in 1975).  The League is affiliated to UK Athletics and provides an opportunity for senior athletes to compete at a high level for their club – in our case, proudly donning the yellow and blue stripe kit! 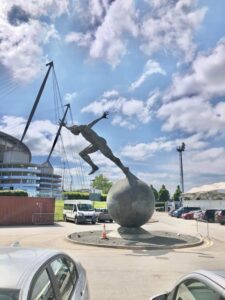 On Saturday 4 June, Match 2 was hosted at the Manchester Regional Athletics Arena, with 8 clubs competing in total.

The day certainly provided a great atmosphere for BAC athletes and it was a good match against a high level of competition. The results are still being finalised, but provisionally it looks like the men finished 6th and the women 6th with an overall position of 7th. Men’s Team Manager, Tim Hughes’ initial calculations shows that means we would still be 11th (of 16) in the table; but it depends on our points for officials, which should be the maximum. Thanks to our dedicated team of officials!

We need to get a very good turnout at the next match which is at home and strive to fill every space in the team! The gaps in events have let us down and stopped us from scoring much higher – something we are more than capable of. The athletes that have been competing are doing brilliantly well, so let’s pull together as a team and turn up – let’s show the NAL what we can do. A bonus on the ladies side was getting both relay events covered and Claire Cooke stepping up to compete in the 3000m and 2000m SC… what a star! Or in Claire’s words “What a killer but such an achievement to do it for them and at that stadium.” 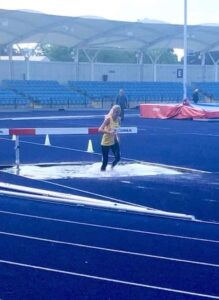 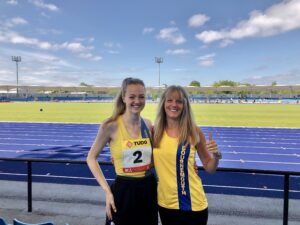 Jazmin and Claire Cooke are all smiles

Jaz Cooke got 1.61m in high jump, not as high as she wanted but hopefully there’s a lot more to come. It was great to see Maddie Smith compete again, doing well in the LJ, HJ and relays. Brooke Ironside scored well in the 100m 2(A) and 200m 1(A), with Kia Slade also doubling up and covering the 100mH as well. Good relay performances from all four teams. Brooke also won the LJ(A) with an impressive 5.63m. 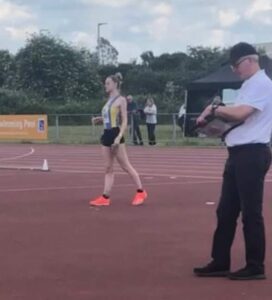 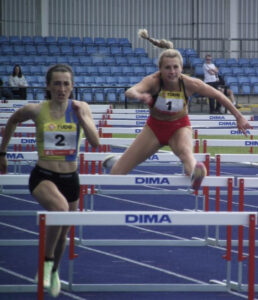 It was great to see some new faces on the team: Twins Will and Ollie Squires and Harry Crosby. A welcome return to Andy Brown after three years for the PV and throws, narrowly missing out on a PB in the SP. Theo Weaver making debut performances in the 400mH and 3000m SC as well as competing in the 1500m and TJ. Solid performance by James Glynn in the HJ, 3rd(A) and Kev Hodgson 400m 4(A), Elliot Robertson a debut on the track at 3000m. Women’s DT, Danielle Broom 46.95 (a big PB) and Sophie Merritt both winning. 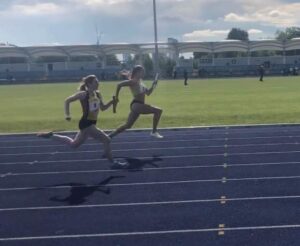 Brooke Ironside storming home for the last leg of the 4x100m 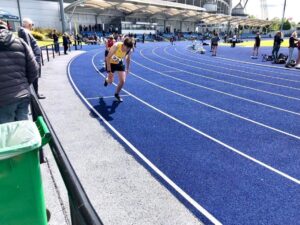 Theo Weaver making a debut performance in the 400mH 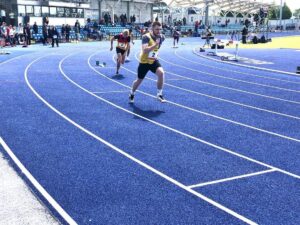 Sam Rimmer taking off in the 4x400m

The coach journey and hotel were deeply enjoyed by all. It really did bond us all as a team. The journey was a long one but those on the coach managed to have a great a laugh, even without booze.

Results can be seen here:

Hopefully we will have a massive turn out at our next home match and rise up the table as a result.

Next Match is on 2 July 2022 at Kings Park Stadium, Bournemouth – see you there!

A special thanks to every athlete and official involved in making this event a success! Thanks to the Team Leaders for working hard to cover the events and to Tim Hughes, Claire Cooke and Suzi Shepherd for their photographs and input!! 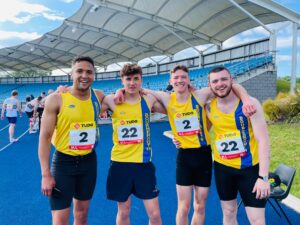