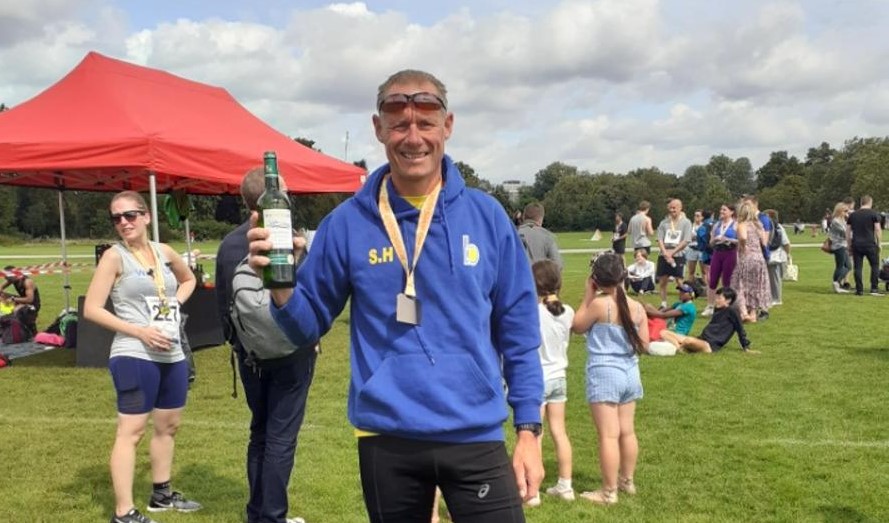 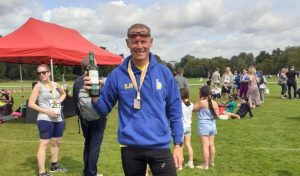 After completing a half marathon race there last year, Simon Hearn returned to Regents Park for the London Summer 10k

As he ramped up his training in preparation for the Maidenhead Half Marathon, Simon Hearn made a trip up to the big smoke for the London Summer 10k which was staged at Regents Park.

The course consisted of a three lap route and was predominantly flat, besides one gentle incline and followed a tarmac path within the boundaries of Regents Park.

As Simon and the other runners embarked upon their journey they’d head past various different sections of the park including the boating lake and the famous Regents Park Broad Walk, along with the Money Fountain and London Zoo.

It wasn’t the first race Simon had taken part in at Regents Park. Last year he competed in the Regents Park Half Marathon, finishing in a time of 1:31:28, putting him in 39th place overall and 7th in his age category.

This time round there was a bit of a headwind on some sections of the 10k route but it didn’t stop Simon from bursting round in a suitably speedy time, getting over the finish line in 40:09. That was good enough for 8th place out of a possible 250 people, so a decent result for Simon.

He was also the 1st Vet of any description to finish which earned him a nice classy bottle of plonk, not that he drinks alcohol though. Still, it was nice to get a prize and to experience the prestige of finishing as first vet.

Although he would have liked to have snuck under 40 minutes in an ideal world, it was still a pleasing performance from Simon’s perspective and should give him confidence for the impending Maidenhead Half Marathon.

Hoping that a PB could be on the cards if all goes smoothly, Simon will be going into the Maindenhead Half Marathon all guns blazing. The course is very fast and flat as well which will suit Simon down the ground.

His current best for the distance is 1:28:35 which he did earlier this summer at Les Courants de la Liberte in Normandy, where they celebrated the D-Day landings.

If he manages to eclipse that he’ll be no doubt cracking open a vintage bottle of Vimto to celebrate another achievement to be proud of. And if the tough regime of his training programme is anything to go by, there’s every chance he could do it. 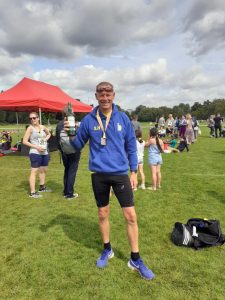 A great result for Simon saw him take the prize for 1st Vet with his time of 40:09