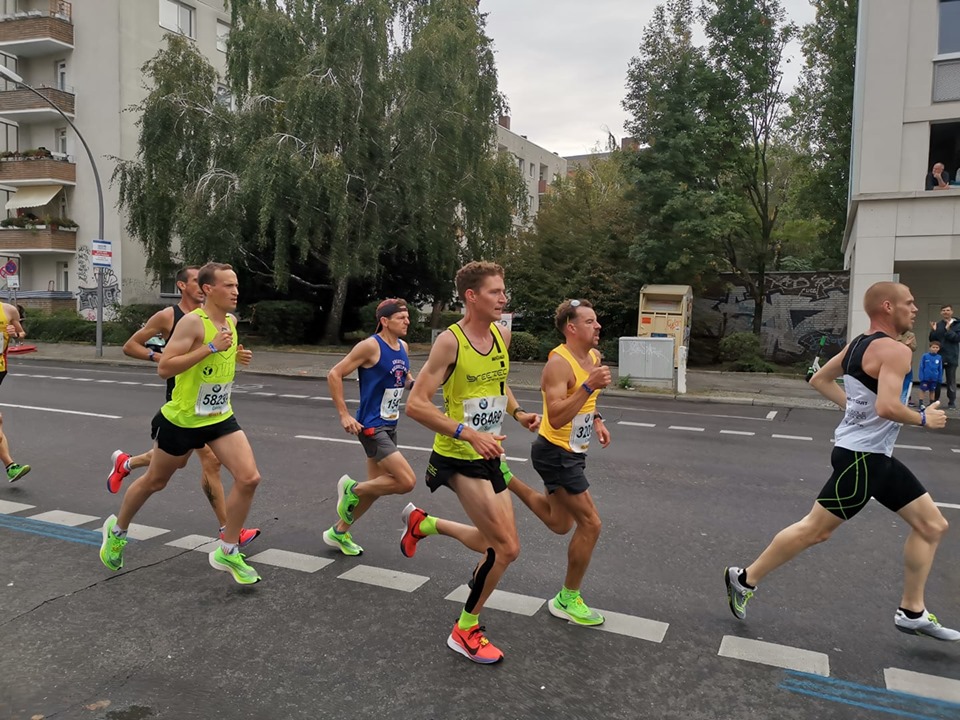 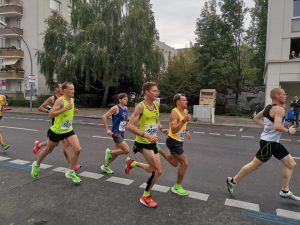 It isn’t very often an athlete of the current generation puts in a performance that stands out when put up against the best in the archives of Bournemouth AC history. That’s mainly because there have been so many high calibre athletes that have pulled on the hallowed yellow and blue vest over the years.

There was always a chance that could happen though when Craig Palmer headed over to Germany for the 2019 BMW Berlin Marathon.

Craig’s running has gone from strength to strength since he moved down to the south coast and with every step he’s taken he’s looked more and more like the real deal.

He was initially a member of Littledown Harriers and it was in 2017 that he started winning numerous local races and emerging as a special talent.

In 2018, Craig joined Bournemouth AC as first claim and he hasn’t looked back since. Representing the club in track events, cross country and road races, Craig’s rise through the rankings has been meteoric.

In December that year he showed a glimpse of the amazing marathon potential he has by completing the Valencia Marathon in 2:29:16. He wasn’t done there though. He wanted more.

In March this year he finished 32nd in the Vitality Big Half Marathon coming in with a staggeringly quick time of 1:09:37. Then he went on to run 2:27:18 in the Manchester Marathon a month later coming in 11th place overall.

Ever since then he’s been quietly focusing his efforts on the Berlin Marathon. He’s gone about his training with an admiral degree of professionalism and hasn’t often allowed himself to deviate from his training plan and get drawn into local races or other temptations.

His time at the Manchester Marathon was good but it left him feeling a tinge of disappointment as he felt he had a better time in him. It was so hard for him to stay motivated on certain sections of the race though whilst heading down empty roads with no other runners near him and no crowd to push him on.

That most certainly would not be the case in Berlin though. Berlin is one of the biggest marathons in the world, boasting even more participants than the London Marathon. It’s also thought to be the fastest as well. It is of course, the course that Eliud Kipchoge set the world record on last year.

If there was ever a marathon that could bring out the best in Craig, it would surely be Berlin. He certainly hadn’t banded his target time about as much as Kipchoge did though. He didn’t want to put any undue pressure on himself. He knew what he was aiming for and it would be down to him to make it happen. 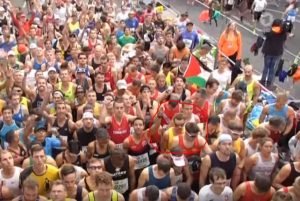 Craig is in amongst the crowd in his yellow vest and shades, looking calm and collected as the biggest race of his life is about to begin

Craig started off in a pen just behind the elite runners, of which there were some of the very best in the world, including Kenenisa Bekele. Completing his first mile in 5:34, it soon became clear that Craig wasn’t messing around. He meant business.

It would be easy to think running a first mile at that pace that he’d perhaps got dragged along by the crowd a touch, which is easily done. But he hadn’t. That was the pace he was intending to run at for the entire duration of the marathon. In fact, it was slightly slower even.

Reaching the half marathon point in 1:12:45, it was so far so good for Craig and he was looking on target for an incredible time, if he could sustain it.

Going through the next 5k in exactly 17 minutes, that was 5:29 pace. He then followed that up with a 17:08, which was 5:32 pace. If you thought his performance was slipping at that point, you’d be wrong.

His next 5k was his fastest yet at 16:42, which was an astoundingly quick 5:23 pace. That really began to put him in the picture for something truly memorable.

Even though he was nearing the end of the race, he didn’t seem to be tiring. If anything, he seemed to be growing in strength and building up speed.

A very fast last half a mile saw him arrive at the finish line in an astonishing time of 2:24:52. It had been an absolute distance running masterclass from Craig and he was now a member of the illustrious, sub 2:25 group.

He’d actually ran a negative split as well, clocking his second half marathon at 1:12:07, which made it an even better performance from a running purist’s perspective.

It appeared he’d got everything right. The race strategy, the pace, the tempo… everything was spot on. That didn’t just happen by chance though. It was all down to careful planning and strictly bespoke training that got him into the shape he needed to be in order to perform like that on the big stage.

That magnificent result made Craig the 104th man to cross the line on the day, out of 30,817. It was an incredibly impressive position in such a high standard race where runners travel from all over the world to get involved.

That moves Craig up to 13th on the all-time best list for Bournemouth AC marathon times, just ahead of a certain Dave Parsons who ran the London Marathon in 2:25:06 back in 1989.

It really was a truly phenomenal achievement from Craig and one he should look back on with immense pride. Knowing him though, he’s probably already thinking about what his next target will be and how he’s going to improve on that.

You can have all the ability in the world in running but if you don’t have the drive to want to succeed and want to better yourself, you won’t make the most of it. Craig does have that drive though. He has that inner desire to be the best and that’s what will no about spur him on to even greater things in years to come.