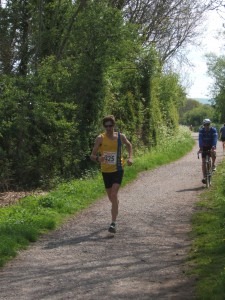 Well done to BAC’s Mens‘ team for their race win and to our Ladies’ Team for their race and League win , but first of all many congratulations to Toby Chapman who, running only his second marathon, is the Dorset County Champion and Gold Medallist as a result of his win at the North Dorset Village Marathon in a time of 2.40.29, knocking about 15 minutes off his PB. Congratulations also to Jez Bragg, second in the race (2.46.29) and County Silver Medallist. Jez‘s run is all the more remarkable as it comes only a week after competing in the Fellsman 100k in the Yorkshire Dales – see separate article. The mens’ team was completed by Richard Nelson, 30th, who declared himself “moderately satisfied” with his time of 3.13.14, and Duncan Wells, 46th in 3.23.37. Earlier in the race Duncan was much further up the field, even as late as 15 miles, but he than found he was struggling with those twinges we all know about, and even injury, and it is testament to Duncan‘s determination that he continued to the finish when others would have pulled out.  Toby, Jez and Richard won the open team event, but, as there was no fifth BAC man, we were probably 4th Dorset Road Running League team, as three other League clubs fielded five or more athletes.
Many congratulations also to our Ladies’ Team of Gemma Bragg, Caroline Rowley and Nikki Sandell who continued their success in the Dorset Road Running League with another League win.    First home was Gemma 2nd lady and 60th overall in 3.28.51, an astonishing run considering that, like Jez, she had competed in the Fellsman 100k only a week earlier. Gemma started the race very steadily, and was the last of our ladies at 2 and 11 miles, but in the latter stages worked her way through the field, and still had sufficient left for an astonishing sprint to the finish line! Gemma, as 2nd lady, certainly qualifies for the Silver County Marathon medal, and may even be the County Champion depending on whether the first lady to finish meets the qualification criteria.  Caroline was 76th overall in 3.33.56, with Nikki 95th in 3.42.10.  Nikki, like Duncan, developed something of an injury during the race, which meant she dropped back in the letter stages and it is very much to her credit that Nikki continued to the finish.  Although Nikki won the award for 1st 030F, we are sure she would be the first to acknowledge that there were some veteran ladies, including Caroline, who finished before her.  We should spare a thought for Caroline, who left without anything although, as noted, she was entitled to a team award.

So, on the whole, a successful day for BAC! 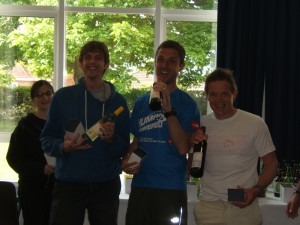 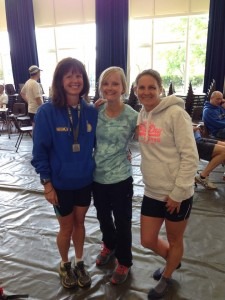 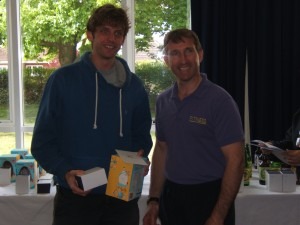 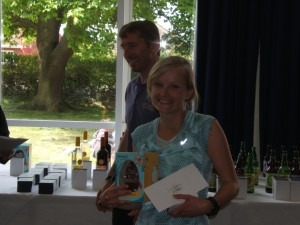 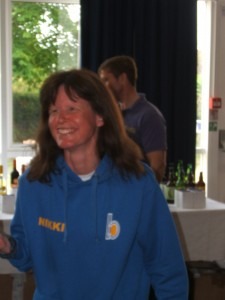 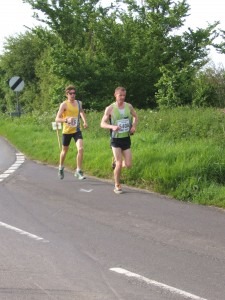 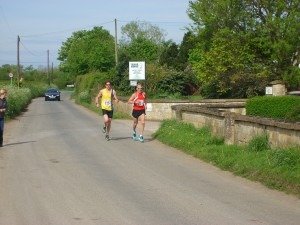 Toby Chapman with some competition at 11 miles 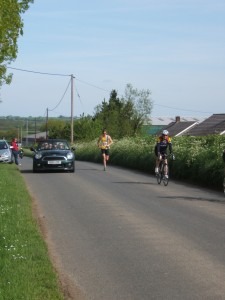 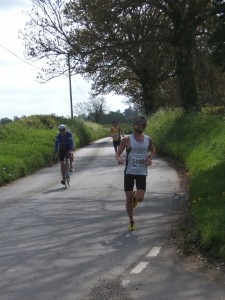 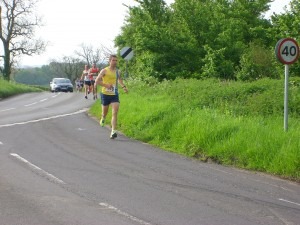 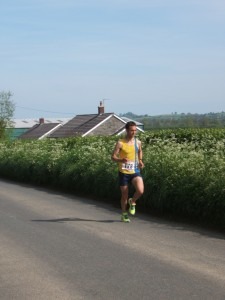 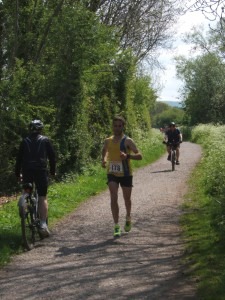 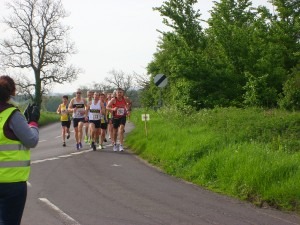 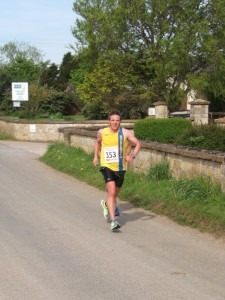 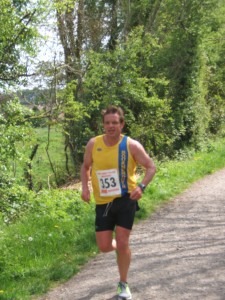 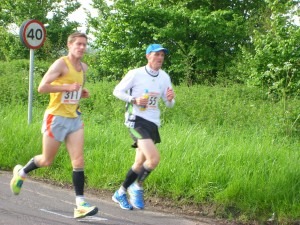 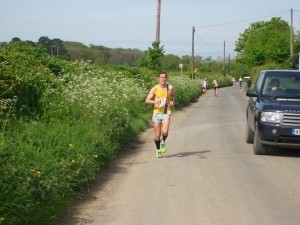 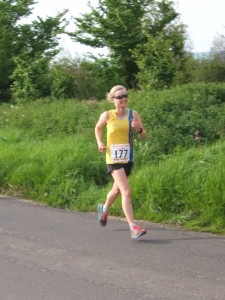 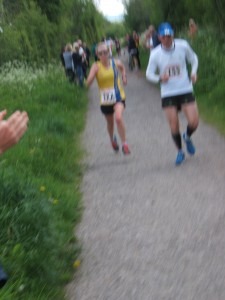 Gemma Bragg sprinting for the line too fast for the camera! 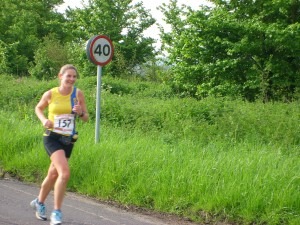 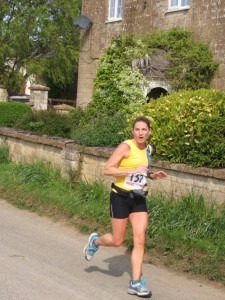 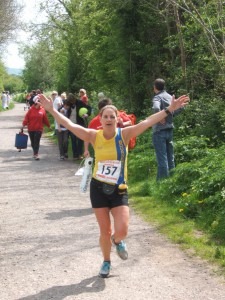 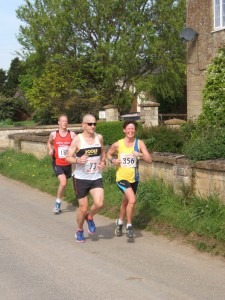