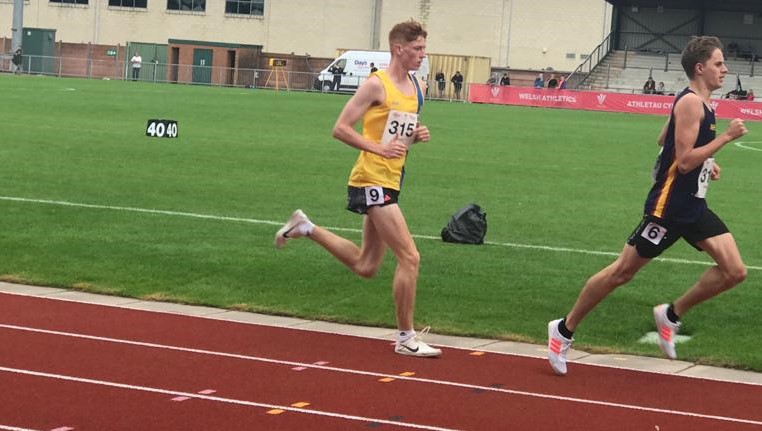 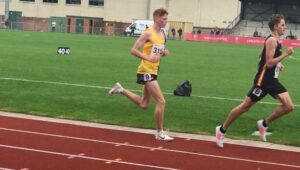 Competing in both the 2000 metre steeplechase and the 3000 metres flat, it was a big weekend for Oliver James at the Welsh Junior Championships

This year has seen many Bournemouth AC athletes making huge progress in their respective events but none more so than Oliver James.

The way he’s been improving of late has been nothing short of miraculous and his upturn in speed saw him qualify to compete in two events at the Welsh Junior Championships at Newport Stadium.

Set for action in the 2000 metre steeplechase on the Saturday, Oliver then went on to compete in the 3000 metres flat the following day.

The event was for the Under 13, Under 17 and Under 20 age groups for each discipline and Oliver was in the Under 20 category.

Only three people had entered the 2000 metre steeplechase, including Oliver and the other two athletes must have heard that ‘the’ Oliver James of Bournemouth AC was going to be there as they didn’t even show up.

That left Oliver going round solo. The good thing was though, he knew that if he managed to complete the distance, he would win it.

He could easily have coasted round but that isn’t Oliver’s style. One of the most impressive things about him, besides his obvious talent, is his tremendous work rate. He puts everything into it when he runs, even in training, and this occasion was going to be no different.

Even though he was running on his own, Oliver still managed to record a brilliant new 2000 metre steeplechase PB of 6:23.04. That was around 1.5 seconds quicker than his previous best, which he set at the Dorset County Championships in June. 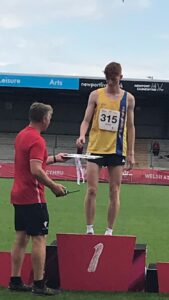 That wasn’t enough for Oliver though and he was hungry for more. The following day he lined up for the 3000 metres flat and that was a very different prospect with 19 other athletes competing for honors.

Despite his exertions in the steeple chase the previous day, Oliver started the race well, posting a 2:55 split for the first kilometre. He tried to stay strong over the middle part of the race, clocking a 3:03 for his second kilometre.

Then he finished quickly in the final kilometre, overtaking two of his rivals to end with a 2:57. It was another stunning display from Oliver and another PB as well, registering a time of 8:55.38.

That easily eclipsed his previous best of 9:44.53 which he set in Yeovil last September. His average mile pace for the run was a very impressive 4:47 which gives a good indication of how quickly he was actually going.

That secured a 5th place finish in the race for Oliver, which was quite some achievement considering he was up against the best Under 20’s and the best Under 17’s that Wales has to offer.

They were certainly both performances to be proud of for Oliver and after his victory in the 2000 metre steeplechase he will now be competing at Manchester International on Wednesday 18th August.

At the Manchester International event, Under 20 athletes from England, Scotland and Wales will be competing in teams against each other and Oliver will be representing Wales.

It will be a proud moment for Oliver but it will be one that he richly deserves after working so hard in training and showing a tremendous degree of enthusiasm and dedication to his running.

He also possesses a steely determination to be the best that he can be, so the English and Scottish representatives at Manchester International had better watch out!! 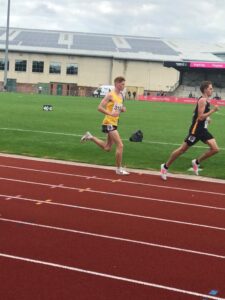