Ollie Stoten affords himself the luxury of the Cortina Trail 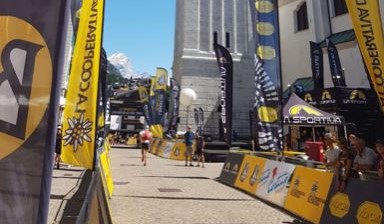 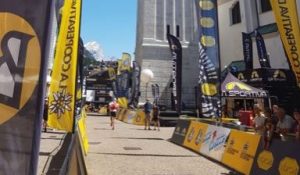 Toby Chapman wasn’t the only Bournemouth AC man in Italy on the Lavaredo Ultra Trail weekend. Ollie Stoten was also passing through on his camper van European travels and put himself up for the Cortina Trail event on the Saturday morning.

The Cortina Trail race consisted of a 48km course incorporating 2,600m of elevation. That’s the type of race that would normally be right up Ollie’s street of course. The only problem was that this time was different to usual in the sense that he was going in with minimal training behind him.

An athlete of Ollie’s calibre can just turn up to these sorts of events though and perform well so there was still every chance he’d make a pretty good fist of it.

The key for Ollie on this occasion was to start off slowly and keep some energy back for the later stages of the race. He did just that, taking it nice and steady on the first climb.

Once that was over there was a downhill section from the 5th to the 7th mile. Then it was into a long incline taking him up 2,500ft by around mile 12. In fact mile 12 itself consisted of a vertical of 900ft. 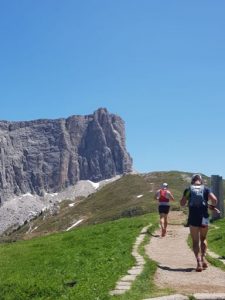 A bit more descending followed over the next four miles with Ollie reaching the first checkpoint at Col Gallina in 3 hours and 1 minute. That was 24.2km in to the race and put him in 84th place in the standings. By this point he’d already wracked up an elevation gain of 1,600m.

He soon found himself heading back on the ascent again though, with a climb of around 500m taking him to the highest point in the race in terms of altitude, which was just over 2,400m. 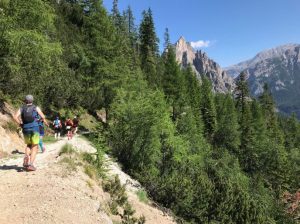 The next checkpoint was at 31.6km and Ollie arrived in 4 hours 14 minutes, putting him in 72nd place. He’d now reached an elevation gain of 2,165m since the start.

The good thing was, he was making progress and moving up the field, which must have given him encouragement for the remainder of the race. 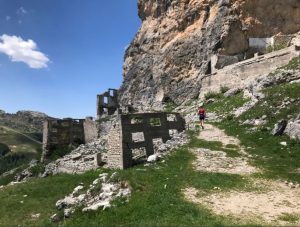 From there there were only a couple more significant climbs. One on mile 21 and one on mile 23. Then it was a long descent of around 7 miles down to the finish at 30 miles.

By the final checkpoint, Ollie had moved up to 58th place, arriving at the 39.3km point of Rifugio Croda da Lago I n 5 hours 15 minutes. His elevation gain now stood at 2,489m. 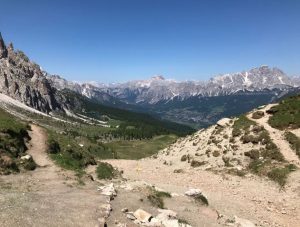 He then continued heading down toward the finish, crossing the line in a time of 6 hours 2 minutes and 45 seconds. That put him in 60th place overall, which was a pretty decent return for Ollie in a very high standard field.

He finished with a total elevation gain of 2,590m, having completed the full 48.5km of the course. It was an excellent run from Ollie and one that, given he wasn’t able to train for it in the way that he normally would, he could be immensely proud of.

A total of 1,502 runners made it to the finish in the end, underlining how well Ollie did to finish so high up the field. He was soon back in his camper van and resuming his adventure through Europe with perhaps a few more relaxing stops to come, in the near future at least. 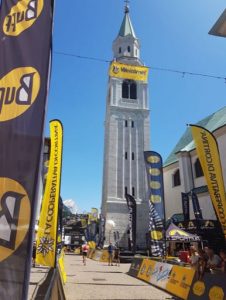