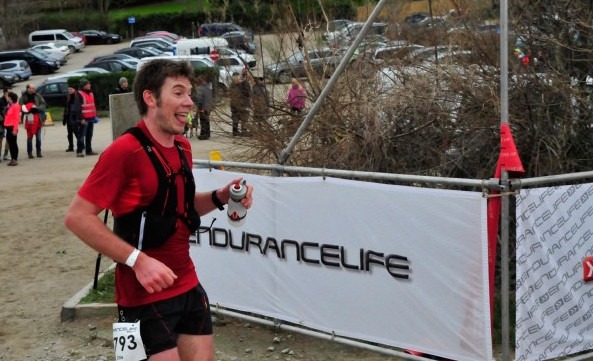 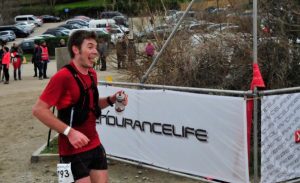 Ollie Stoten took on the 16.1 mile CTS Dorset half marathon, which featured over 3,500ft of ascent

The Endurancelife Coastal Trail Series Dorset half marathon isn’t your average race of that distance. The route extends to 16.1 miles and incorporates 3,559ft of ascent. That was the task that Ollie Stoten faced as on Saturday 2nd December as he set off to brave the elements at Lulworth Cove.

Ollie is a new member of Bournemouth AC and he has certainly been putting in the hard training of late, regularly reaching 50 to 60 miles a week. He’s also included a lot of elevation, quite often featuring in the top 3 list for climbing in the BAC Strava group.

This was the ideal sort of preparation required to tackle the tough and arduous trek along the Jurassic Coastal Path. Unfortunately, the weekend didn’t get off to the best of starts for Ollie when he realised he’s forgotten a rather important bit of kit that runners depend on rather vehemently. That was of course, his trainers.

By hook or by crook, he was able to get hold of some trainers to avert that potential disaster before taking to the start line. Despite that hiccup, Ollie started the race well, reaching the first checkpoint in just under 29 minutes, putting him in 11th place. 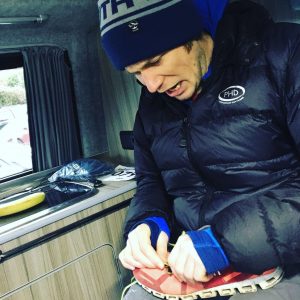 Ollie got all the way to Lulworth only to realise he’s left one key ingredient behind… His trainers!

The second checkpoint was at Tynham, which he arrived at in just over 1 hour 43 minutes, placing him in 9th. From there it was full speed ahead to the finish.

Ollie finishing strongly, gaining one more place between the last checkpoint and the finish line, completing the race in 8th place with a superb time of 2 hours 20 minutes and 25 seconds.

In a field of 416 finishers, and in fact quite a few more that did not make it to finish line, this was a very good result for Ollie. Throughout the course of the race, Ollie’s elevation gain had reached over 4,000ft.

No doubt we’ll be seeing a lot more him in a BAC vest in the near future and fingers crossed he’ll remember his trainers for the next one.