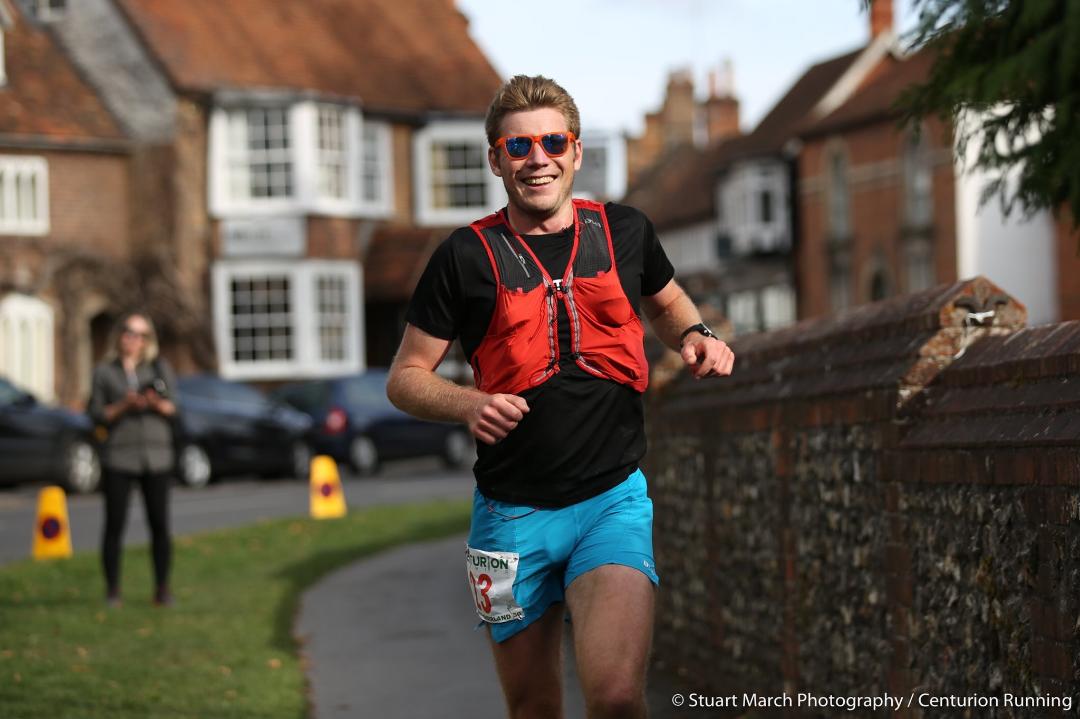 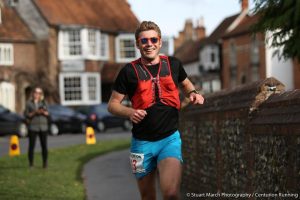 After a minor blip in the Ridgeway Challenge 86 Mile race when he was forced to abandon with just 15 miles to go, suffering from both a hip and an IT band issue, Ollie Stoten was looking to bounce back at the Chiltern Wonderland 50.

Although he was currently in 6th place at the time of pulling out, Ollie wasn’t happy with how the run was going and, given that he was also suffering from an upset stomach as well, the Gods of running just didn’t seem to be on his side that day.

Picking himself up and dusting himself down, Ollie was back in training a few days later and preparing for his next big showdown. The Chiltern Wonderland 50 is a 50 mile race around the beautiful Chiltern countryside.

The area of the Chilterns is renowned for its undulating landscape and the route incorporates 6,500ft of elevation. Taking its competitors on a journey along the Chiltern Way, the Ridgeway and the Thames Path, the Chiltern Wonderland 50 course is scenic and picturesque throughout providing the perfect backdrop for a tough endurance ultra.

Passing through several small and enchanting villages on the way, the route features some great trails, stunning panoramic views and seriously brutal hills. In fact, it all sounds right up Ollie’s street really. He’s a massive fan of long, trail racing with testing, hilly profiles.

The plan for Ollie was to go off steadily, giving himself the prospect of possibly being about to finish strongly and pick up some places over the latter stages when others were floundering.

Hanging back at that start, Ollie made a conscious effort not to get caught up in the race at the front and instead, remained disciplined and going at a pace that he felt very comfortable with.

It felt a bit daunting for Ollie being so far back in the early stages as usually he’d be at the front jostling for position, but on this one he was playing the long game. Crucially, at this point, he didn’t feel like he was pushing too hard. He was just concentrating on fuelling up properly and enjoying the scenery.

Reaching Ibstone at 25.8 miles, Ollie knew he was now over half way into the race. He’d climbed up to 5th place by this time, arriving in 3 hours 33 minutes.

It was around the 45k point (28 miles) that Ollie started to put the hammer down. He still had quite a lot left in the legs and there were some amazing runnable sections of hard-packed trail in the second half of the race that benefited those whose legs were not completely trashed by that point.

At Swyncombe, 33.2 miles in, Ollie was now in 4th position, reaching the checkpoint in 4 hours 39 minutes. His main aim for the race from the outset had been to get a place on the podium but he was still 15 minutes behind the third placed runner.

It was now time to start clawing back the deficit. There was still almost 27 miles left, so plenty of time, provided Ollie could keep up a good pace and with a view to the third placed runner beginning to tire.

Over the next 7-and-a-half miles that’s exactly what happened. By the next checkpoint, Grims Ditch, at 40.9 miles, Ollie had caught Stephen Hobbs, who was in 3rd and had edged in front of him.

Arriving in 5 hours 43 minutes and 25 seconds, Ollie now had a 32 second advantage over Stephen. To have made all that time up in the space of 7-and-a-half miles was pretty damn impressive from Ollie.

It showed that he’d got his tactics right by holding back at the start and saving some energy for the second half of the race. He now just needed to press on for the remaining 9.1 miles until he reaches the finish line.

Ending the race very strongly, Ollie crossed the line in a final time of 7 hours 2 minutes and 14 seconds, giving him a brilliant 3rd place. Amazingly he’d ended up finishing 26 minutes ahead of Stephen who took 4th place. It meant that over the second half of the race, Ollie had gained almost 45 minutes on Stephen.

It was pleasing for Ollie that he managed to secure the place on the podium that he’d been after and all the more satisfying to bounce back with a good performance after the disappointment of the Ridgeway Challenge.

This race will certainly serve as a good confidence booster for Ollie in other races going forward and will give him belief that if he sticks to his own race strategy, he can finish with a flourish, even over long ultra distances.

Finishing in a superb 3rd place with a time of 7:02:14, Ollie found the strength to pick up the pace in the second half of the race, gaining 45 minutes on the man he overtook to claim a spot on the podium