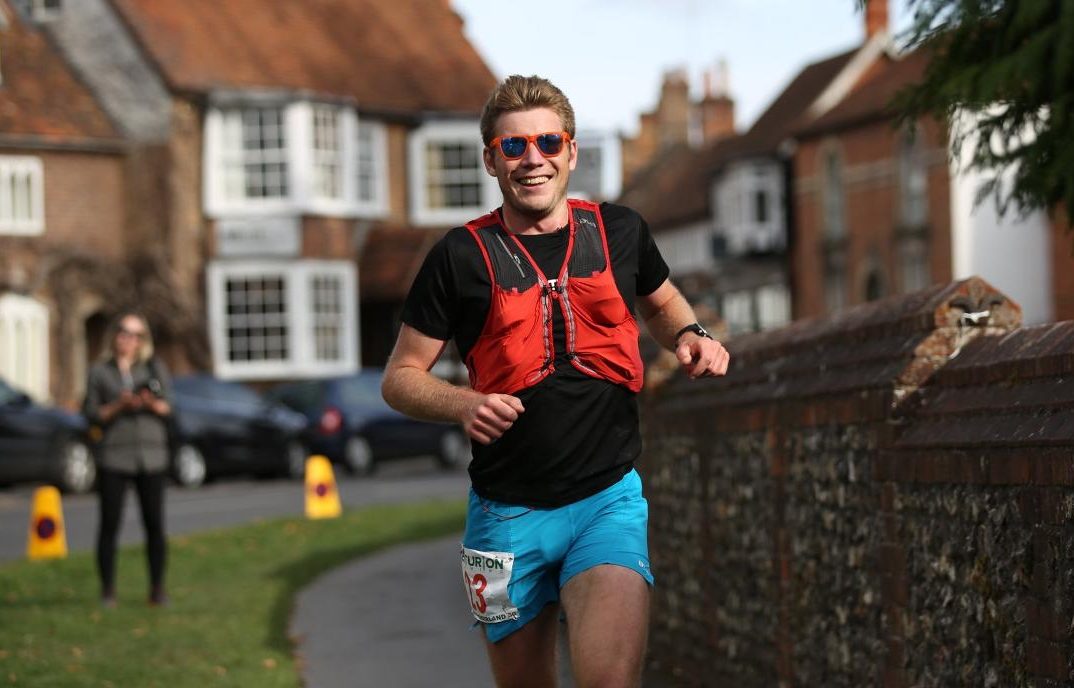 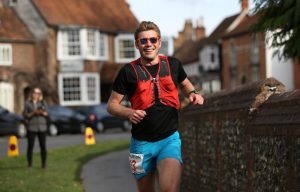 In his first competitive race of the year, Ollie Stoten eased himself into action by running from Wendover to London in the 45 mile “Country to Capital Ultra”

The ultra race calendar for the 2019 season officially got underway with the 45 mile “Country to Capital”, which started off in Wendover, Buckinghamshire and, as the name suggests, finished up in London via the Grand Union Canal tow path.

And of course, the race wouldn’t have been complete without Bournemouth AC‘s resident ultra extraordinaire Ollie Stoten who was more than happy to throw himself into the mix after a New Year that had seen him keep his fitness in check with a 20 mile run up Scaffell Pike  and a 34 mile run round Lake Windermere.

The route wound through the glorious Chiltern countryside, running through Chesham and then Chalfont before heading over to Denham and joining the Grand Union Canal at Harefield Place Nature Reserve.

Once on the Grand Union Canal, it was simply a case of following the tow path, through Uxbridge and towards London. Heading past Wembley on the left and North Kensington on the right, it was over to the finish at Little Venice, which is between Westbourne Green and Paddington.

It was quite a way to go and covered quite a stretch across the map, but Ollie is used to racing these sorts of distances so it didn’t phase him. Last year Ollie completed the 55 mile 10Peaks Brecon Beacons, the Chiltern Wonderland 50 miler and the 41.4 mile Ely Monster Ultra. He also managed 71 miles at the Ridgeway Challenge before injury forced him to abandon with just 15 miles remaining.

In perhaps his biggest running achievement of all, Ollie also completed the 7-day, 155 mile Namib race, which is ran across the Namib desert. That was a true test of endurance which Ollie passed with flying colours, finishing in 3rd position out of all those who made it to the end.

A lot of those runs were along extremely tough, hilly routes as well, where it required great strength and stamina as opposed to pure speed. With the Country to Capital though, Ollie knew it had the potentially to be a much faster race and, although it was long, the canal provided enough flat ground to gather a good momentum and hopefully manage to maintain it.

For the first half of the race, Ollie found it difficult to get into his groove. There were all sorts of country paths, with gates to open, styles to climb over and roads to cross so his rhythm was often being disrupted.

Arriving at the first checkpoint in just over 56 minutes, Ollie was at the stage in 9th place. After 2 hours and 6 minutes, he arrived at checkpoint number two, putting him in 11th place. At the third checkpoint, he’d been going for 3 hours 5 minutes and had moved back up to 9th position.

Once he got onto the canal though, it was just a case of getting his head down and ploughing on. In just under 4 hours he would arrive at checkpoint number 4, having gained another place and moved up to 8th.

Reaching checkpoint 5 in just under 4-and-a-half hours, Ollie was still in 8th place. The next one he would see would be the finish at 45 miles, or thereabouts.

Once he’d gotten onto the canal, Ollie’s pace had been roughly 7 minutes to 7:10 per mile all the way. Managing to find the stamina and endurance to keep that pace going right until the end of the race, Ollie picked up a couple more places just before the finish.

Crossing the line in 6th place, Ollie completed the course in a tremendous time 5 hours 10 minutes and 44 seconds. It was a remarkable achievement from Ollie as he was up against some very big names in the ultra game, many of whom he finished ahead of.

Initially he had hoped his pace would average out at between 4:20 and 4:25 per kilometre so he got quite close to that target. A few years back he’d average at 4:31 per kilometre on a slightly shorter course though, so the 4:26 per kilometre he averaged for this race still represented good progress. In miles, that’s an average of 7:09 minutes per mile.

Impressively, he’d also managed to run a negative split, which is no mean feat in a 45 mile race and demonstrates how strong his running is at the moment.

The winning time for the Country to Capital race last year was 5 hours 30 minutes and this year, incredibly, 11 runners got under that. That underlines how high the standard was this year and how stacked with talent the field was on this occasion.

The winner of the race was Luke Delderfield of Tring Running Club who completed the course in 4 hours 56 minutes and 35 seconds. Geoffrey Cheshire was the only other person to get under 5 hours, taking 2nd place with his time of 4:59:22.

Ever modest in regard to his running, Ollie described it as a reasonable start to the season but said he’s still got lots of work to do. To most of us though, it would be an absolute dream to be able to perform like that in such a long race, so he deserves huge plaudits for this latest in a long line of amazing accomplishments.

A terrific run from Ollie saw him take 6th place in a highly competitive field, completing the 45 mile route in 5 hours 10 minutes and 44 seconds at an average pace of 7:09 minutes per mile