Ollie Stoten shows he’s not afraid of the Monster Ultra 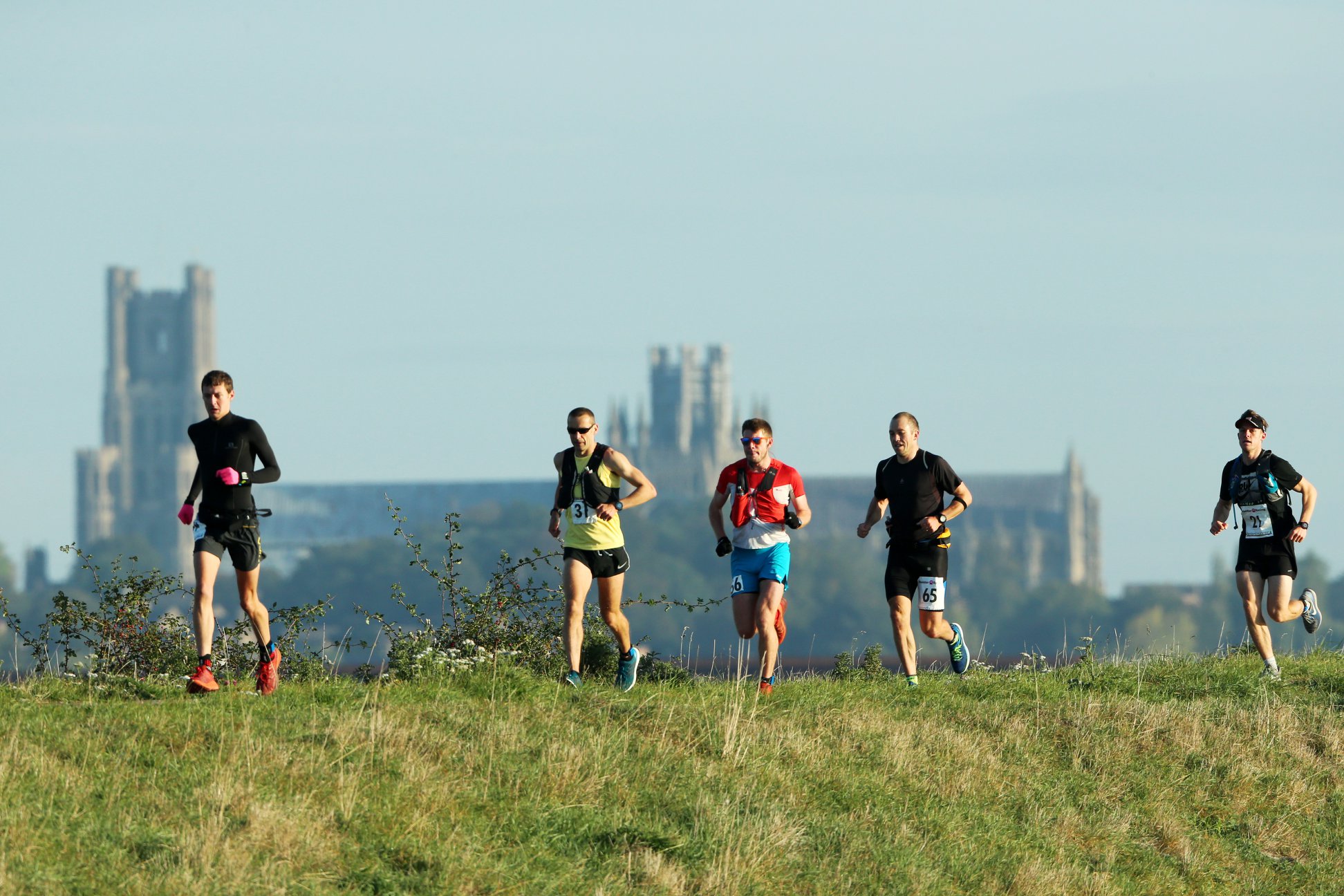 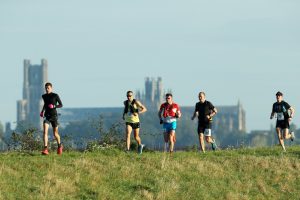 Following a successful run out at the Chiltern Wonderland 50, where he claimed a spot on the podium in the picturesque but very hilly 50 miler, Ollie Stoten was back in action again, looking to repeat his heroics at the Fenland Runner Monster Ultra.

The race was based in the city of Ely and was 68km in length. In contrast to the Chiltern Wonderland 50, though, the Monster Ultra was a fairly flat and fast race. Ollie usually specifies in races of the more ‘up and down’ variety so this race, although it was long distance, didn’t really play to his strengths as such.

After recently moving back to Bournemouth though, Ollie has been able to attend training on a more regular basis and has been getting his speed back as a consequence of the Tuesday night interval sessions. He’s also been doing the parkrun at Kings Park on Saturday mornings which has helped him sharpen his speed endurance.

Starting at the magnificent Ely Cathedral, the race passes through the city of Ely and onto the river banks of the Great Ouse. The path leads through to Wicken Fen, the first ever National Trust site, before heading onto White Fen.

It then follows a path alongside the River Cam, leading to the outskirts of Cambridge and onto Jesus Green which is the half way point. It then retraces the same route all the way back to the ‘Ship of the Fens’.

The route was mostly along a cycle path, with the terrain consisting of a mixture of concrete, towpath and trail. Luckily there weren’t too many stiles and gates allowing the potential for a fast pace to be maintained throughout.

With the first few miles being mostly downhill, Ollie shot off like a rocket, recording sub-7—minute miles for each one before settling into a pace of almost exactly 7-minute miles.

From the gun, a lead pack of five had been established, which included Ollie. He then made a point of distancing himself from the front four so he didn’t overdo it.

Running at his target pace, he was still able to keep in close proximity with the leaders and was only 100m back from them. At the half way checkpoint, all five were within a minute of each other. 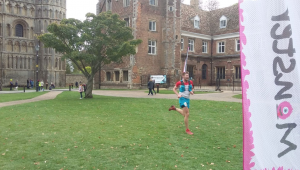 Reaching the marathon point in just under 3 hours and 5 minutes, Ollie amazingly, managed to sustain that same fast pace up until mile 31. In fact, it registered on Strava as his best 50k effort, reaching that marker in 3 hours 39 minutes.

Dropping the pace slightly for the remaining 10 miles, Ollie only went down to around 7-and-a-half minute miles, so it was still a tremendous feat of speed endurance.

Taking two positions whilst on the way back, after 41.4 miles, Ollie arrived at the finish line and again, he’d secured a podium position, taking another magnificent 3rd place.

His official time as he crossed line was 4 hours 57 minutes and 4 seconds, giving him an advantage of almost 11 minutes on the 4th placed guy. He was also less than 5 minutes behind Benjamin Thomas who was 2nd in a time of 4:52:14.

The winner of the race was Craig Holgate of local club Ely Runners. He ran an impressive negative split to come in with a time of 4:44:30, which was only two seconds off the course record. Ollie was only 13 minutes behind though, which isn’t that much in a 68km race.

Craig is a very experienced runner, having represented Great Britain in both 100k and 24 hour races. To even get close to an athlete of his pedigree is a big achievement.

In fact, since the race began in 2013, Craig, Ben and Ollie were the only three men who have ever completed the race in under five hours. That gives a good indication of how high the standard was in this particular year.

Ollie had also ran the inaugural race back in 2013 and by comparison, his time in this year’s race was actually two hours quicker than he did then. That goes to show what enormous strides Ollie has made over the last five years.

Ollie’s average pace for the run was clocked at 7:09 minutes per mile, which is incredibly fast for a 41 mile race. He should certainly be extremely pleased and proud of his efforts that day. It was another in a long list of excellent ultra-marathon performances he’s given recently. 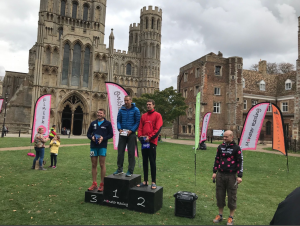 It was another superb podium spot for Ollie after he took 3rd place, finishing in a mightily impressive time of 4 hours 57 minutes