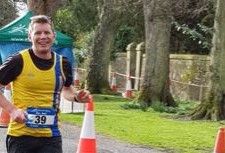 This year it was the turn of Scotland to host the Anglo-Celtic Plate which brought the event to a sunny but chilly Perth for the fiercely contested annual British 100k Championships.

The race pits teams of five men and three women from each country in the British Isles against each other to compete for the trophy by achieving the fastest cumulative time over the lapped 100k distance.

It is an event that Bournemouth AC members have played an important role in over recent years, with both Ant Clark and Jez Bragg representing England in last year’s race, with Ant having taken a silver medal in the competition for two years running.

This year’s race again featured Bournemouth AC involvement as Ollie Stoten took to the road, although not competing in the international competition. The event is also open to anyone else brave enough to attempt the distance.

With a proven track record in extreme endurance events though, it’s no surprise that Ollie was prepared to give it a whirl and even though he was up against top quality opposition, you wouldn’t bet against him stacking up well.

In January Ollie ran the 45 mile Country to Capital race from Wendover to London, completing the course in 5 hours 10 minutes and 44 seconds to finish in 6th place.

Then last October he ran the Fenland Runner Monster Ultra which was 68km, finishing in 4 hours 57 minutes putting him in 3rd place. Before that he ran the Chiltern Wonderland 50 mile race, a route which incorporated 6,550ft of elevation. Again, he took 3rd place there, crossing the line in 7 hours 2 minutes.

He was also 3rd in the 89km 10Peaks Brecon Beacons Ultra, where he tackled 14,900ft of elevation, finishing in 11 hours 16 minutes. Perhaps his biggest challenge of all was the 4 Deserts Namib Race, which was a 7-day, 250km trek across the desert, where he also ended up taking 3rd place in a time of 25 hours and 24 minutes.

The Self Transcendence 100k was ran on a 2.38km course on the North Inch Park in Perth by the banks of the River Tay. That meant completing 42 laps in order to rack up the distance required. It was as much a mental task as it was a physical one.

The real challenge of course is to have the endurance to keep going at the same pace throughout the entirety of the run. It’s so difficult to do though as longer the time goes on the more the fatigue begins to set in and the more the pain takes it’s toll.

Putting in a fantastic shift though, Ollie kept to a pace of just over 7 minutes per mile for the first 35 miles. That was an achievement in itself really. But there was still another 28.5 miles to go, which underlines the enormity of the task he was faced with.

His pace gradually began to wain a bit after that but he was still going pretty well considering the amount of mileage he already had on the clock.

He never went down to much below 8 minutes per mile though and once he reached the 60th mile he found the strength to pick the pace up again for the final 4.5 miles to finish in an incredible time of 7 hours 49 minutes and 38 seconds.

That put him in 11th place on the overall leader-board and made him the first non-national runner to cross the line. Of course, Ollie always has high expectations and would have loved to have gone sub 7:40 but he can most certainly feel proud of the effort he put in and the fantastic result he came away with.

Conditions on the day weren’t overly favourable either, with a tough crosswind on some sections of the course undoubtedly having an impact. 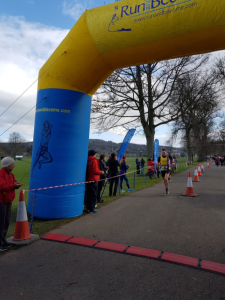 Ollie ran remarkably well to cross the line in 11th place completing the Self Transcendence 100k in 7:49:38

The winner of the race was Charlie Harpur of Mid Essex Casuals, who was representing England. He completed the course in a staggering time of 6 hours 44 minutes and 18 seconds, giving him a margin of 7 and a half minutes over the defending champion Rob Turner of Scotland. 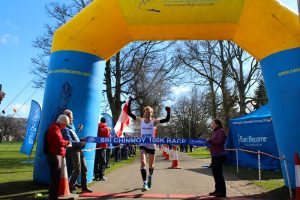 Rob was the man who narrowly pipped Ant Clark to the post last year in that dramatic finale, eventually taking victory by a mere 7 seconds. Rob’s time in this year’s edition was 6:51:49, with his Scottish national teammate Kyle Greig taking 3rd in 6:54:42. 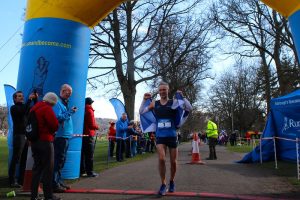 Taking 4th place in a time of 7:02:58, Kevin Rojas of Brighton & Hove AC was the next man over the line, with Ollie Garrod of South London Harriers wrapping up the team win for England in the Anglo Celtic Plate, completing the race in 7:09:37. 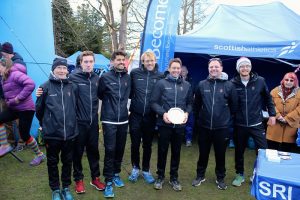 The England team of Charlie Harpur, Kevin Rojas and Ollie Garrod won the men’s competition in the Anglo Celtic Plate

The women’s race was won by Sophie Mullins of Fife AC who was representing Scotland in a time of 8:03:39 which put her in 13th place overall. She was followed immediately by her club compatriot Morgan Windram, who finished in 8:21:36 putting her in 14th overall. 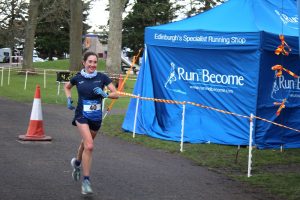 That of course gave Scotland the win in the Anglo Celtic Plate which is decided by the combined time of the top two women, which came out as 16:25:16. 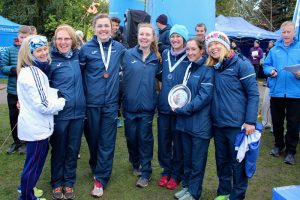 Although he had to endure a lot of suffering along the way, it was definitely worth it for Ollie and he can feel safe in the knowledge that he gave it everything he’s got and that’s the most important thing.

He also matched up well in the face up such stiff competition, finishing ahead of many athletes who were representing their countries on the day so that will be a source of great encouragement for Ollie.

Who knows? Perhaps the England selectors may even have noticed him and marked him down as one to keep tabs on when considering their options for next years event. 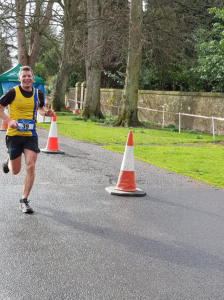