Ollie Stoten stops off for Cambridge Half Marathon 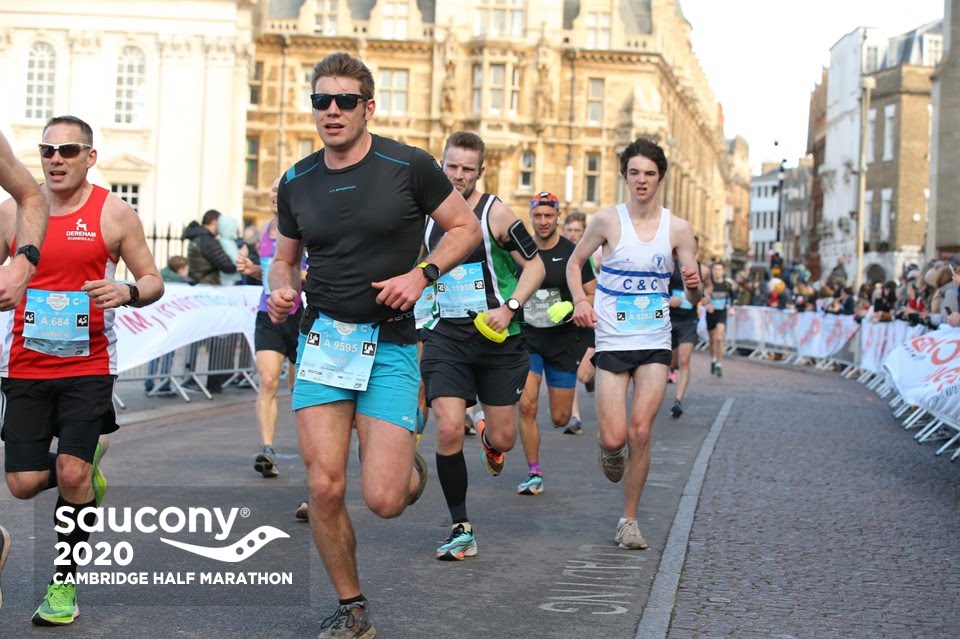 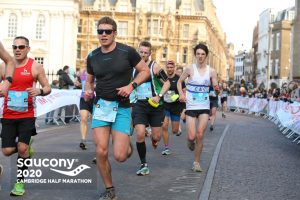 Featuring a fabulous new route for 2020, the Cambridge Half Marathon offered up the opportunity of a fast time with its predominantly flat profile heading through the city of Cambridge. The course took in several historic landmarks along the way including the iconic University of Cambridge.

With a huge field of over 11,000 runners, it was certainly quite a spectacle as they all took to the start line. Amongst the numerous competitors was Bournemouth AC man Ollie Stoten, making a return to racing after several months away travelling around Europe.

After his time away, Ollie knew that he wouldn’t be tip-top shape but he was more than willing to give it his best shot and see what happened on the day.

Although he’s usually more used to the peaks and troughs of a mountainous or hilly route, on the rare occasion that he does get out on a flat road, Ollie often demonstrates good consistency in his splits. 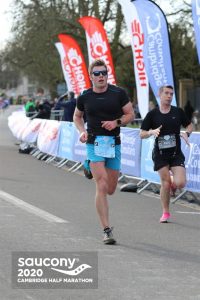 One thing that is often a theme in Ollie’s races is that he finishes strongly. He’s usually pretty good at judging the pace and ensuring he has a fair bit left in the tank towards the end. 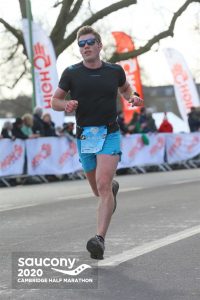 This race was no different and his last three-and-a-half miles were his quickest of the race, penning a 6:06, a 6:08 and 6:05 before ramping it up a notch again for the last half a mile.

It did come up slightly longer than the regulation half marathon distance of 13.1 miles but Ollie still managed to get over the line in an impressive time of 1:23:56. That put him in 333rd place overall out of 11,273 who successfully completed the course. 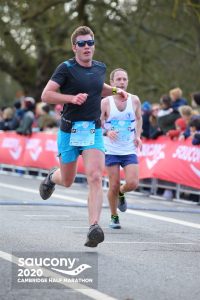 Considering he wasn’t in anything close to his best form, that was a decent result for Ollie. He wasn’t enamoured with the time and he definitely feels that previously he had more of an engine but it has helped him discover where he is with his fitness at the present time.

With an average pace for the run of 6:14 minutes per mile, Ollie did actually complete the half marathon distance in 1:21:42 but the course turned out to be 13:45 miles, so he shouldn’t really be too disappointed with that performance. 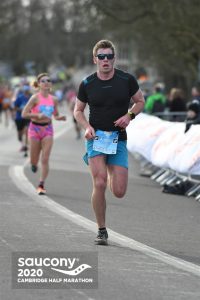 Ollie looks a cool customer as he heads into the finish

Although he finished the race strongly, Ollie still feels that there’s plenty of work to be done but there’s no doubt he’ll put in the graft required to get back to his best.

The winner of the race was Jonathan Escalante-Phillips who finished in a time of 1:05:36. He was followed by his Cambridge and Coleridge teammate Chris Darling who got over the line in 1:07:10. Alex Milne of Hercules Wimbledon took third place in a time of 1:07:25.