Parkruns, a trip to Swanage and a Duathlon

Saturday 24th January saw BAC athletes officially exit winter hibernation and make their break for freedom in the early autumn (bit early?) sunshine. Bournemouth AC runners were popping up on parkrun results lists everywhere. It was a bit like a ‘pic n mix’ free all for the reporter this week!

Blandford: Our spies at Blandford parkrun informed us that not only did Steve Way and Jez Bragg finish 1st and 2nd runner respectively but that they used the parkrun course as the sandwich filling between their two slices of bread (a run there from Stur Marshall, then run back). 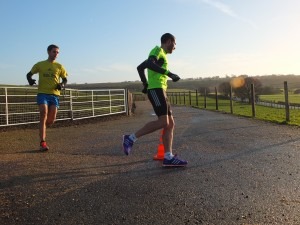 Brockenhurst: Philip Mosley doesn’t take prisoners in The New Forest. By claiming 1st runner at Brockenhurst parkrun he now has two in a row. Running a PB for the Brockenhurst course, which I’m sure is quite a way off from his actual 5K PB. 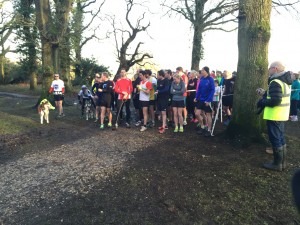 I hope Phil is in this photo…. 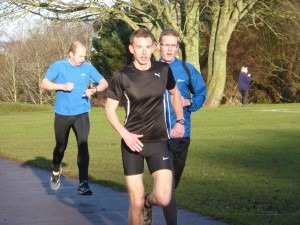 Poole: George Way was our solo runner at Poole finishing in 17th with a solid 18:47 for the youngster. 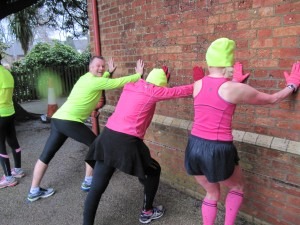 Must have scared the other Bournemouth AC runners off…..

Duathlon: Ross Smith recently competed in The Dirty Devil Duathlon and claimed 1st place! He has been doing a lot of duathlon’s recently and this recent 1st place along with his excellent XC showing at Reading highlight the progress he is making. 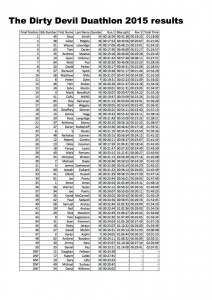