Parkruns, Beauty and the Beast and news from Switzerland and Spain 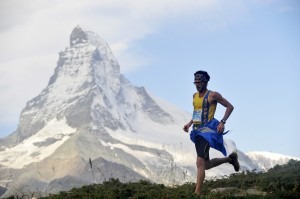 There were two BAC wins in the local Parkruns on 20 September, namely Paul Hill, making a welcome return from injury, at the Bournemouth run, and Peter Thompson at Poole.  Peter was followed in third place by Steve Way, in fourth by Billy McGreevy and Tim Hughes a little way further down the field.  Rumour has it that the Poole Parkrun also doubled somehow as a wedding for a competing couple!  Following Paul at Bournemouth were Jud Kirk, 11th, Steve Cox, 20th and Joe Price, 22nd.  245 finished at Bournemouth and 557 at Poole.

The next day, Richard Nelson did well to finish 13th in the Helly Hansen Beauty and the Beast Marathon, described as a 6 lap ‘Chiltern Classic’ with 1500m ascent, in 3.48.  Eighty-nine competitors completed the race, and just how tough the course was is illustrated by the fact that there numerous DNFs!

Although not so much news now as history, it’s worth mentioning Manol Dimitrov’s recent success in the Matterhorn Ultratraks Trail in Switzerland, a 46k race which is part of the Skyrunning Series, and involves 3600m of ascent and descent.  Manol was 13th of a total of 59 in his age category, in a time of 6.23.11, the winners time being 5.08.50.  To put this into perspective, the last of Manol‘s age category finished in 11.08.59, and although there may have been just 59 in this category, the total number of competitors went into the hundreds.  It’s great to see the BAC vest in these magnificent surroundings! 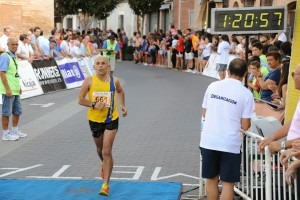 Also doing the BAC vest proud abroad is Antonio Ruiz, who continues to compete in Spain in BAC colours.  Recently Antonio ran in the Ciudad Real Half Marathon, and was 45th of a total of 550, in a time of 1.21.  Antonio keeps in touch with his news, and it is remarkable that he still runs so well (off BAC training of course!) considering that most of his training is on his own, although Antonio does have contact with a running group, and can no doubt show them a thing or two about ‘proper’ training!  Well done, Antonio!

On a more sombre note, for the first time in, perhaps, living memory, it appears that no BAC team competed at the Southern Road Race Relays at Aldershot on 20/21 September.