Pete Thompson and Billy McGreevy go in Gosport Half Marathon 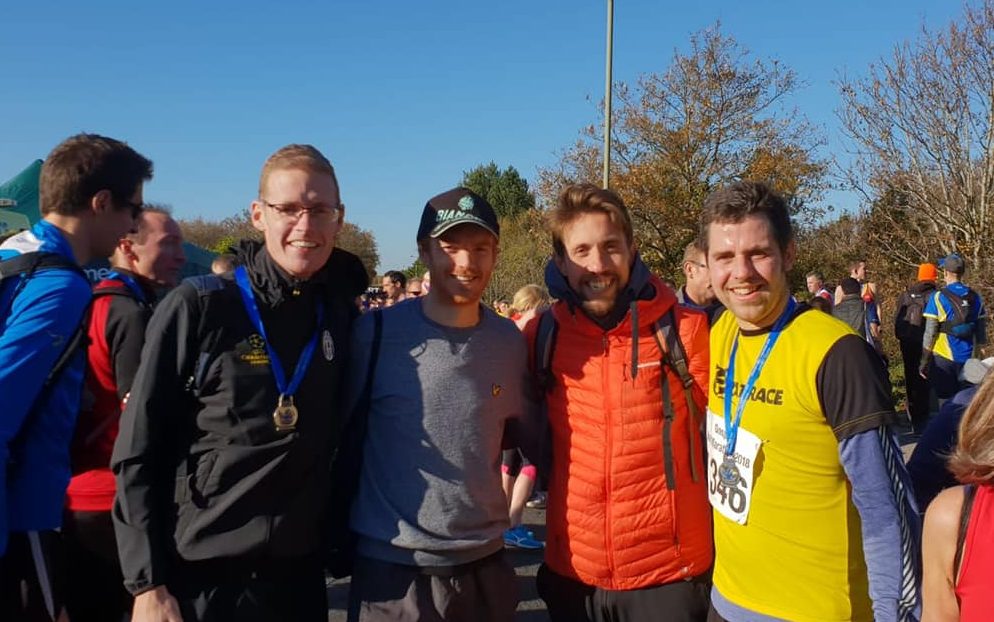 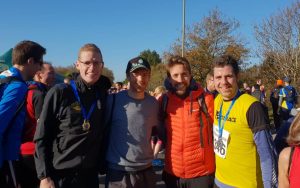 As one of the biggest, fastest and flattest half marathons in the south, it’s easy to see why the Gosport Half Marathon is attracts a decent sized field.

This year’s race featured 1,648 competitors and in amongst them were two Bournemouth AC members, namely Pete Thompson and Billy McGreevy.

Pete Thompson has been off the race circuit for quite a while, understandably, after completing his incredible challenge where he ran the entire route of the Tour de France in 68 days.

The Gosport Half represented a good opportunity for Pete to get back out there in competitive action and see where his fitness is at.

As for Billy, he ran the 10k at the New Forest Marathon event in September, finishing in 3rd place with a time of 36:58. He also completed the ABP Southampton Marathon, which was on the same day as the London Marathon back in April.

In that race he finished 23rd out of 1,103 people, crossing the line in 3:04:41. Although it wasn’t as quicker time as he’d been targeting, it was good for such a ferociously hot day.

Pete and Billy have also done several races together. In July they both formed part of the “Marathons for the Mind” team at the Lytchett Relays, with both running a very fast 5k leg.

The pair also completed the Heartbreak Marathon together in February 2017 and 2016 and they were both in action at the Great Bristol Half Marathon in September 2016. They even both featured in the Amsterdam Marathon in 2015 and the Berlin Marathon back in 2014.

The route for the Gosport Half Marathon consists of two laps, mostly along the seafront at Lee-on-the-Solent. The outbound journey is run on cycle paths and pavement, with the return leg along the esplanade. 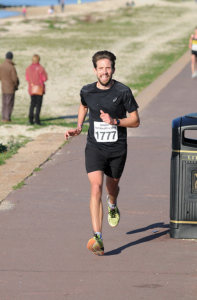 All the runners benefited from fantastic support from the watching crowds as they made their way round the course which came as a welcome source of inspiration.

The race also happened to be a Hampshire Road Race League fixture which meant that it attracted a highly competitive field with points up for grabs for all the top Hampshire clubs.

In spite of the quality opposition that he was up against, Pete Thompson had a really good run, completing the course in a super-fast time of 1:19:45. That put him in 45th place overall, which was not a bad return in such a large field. 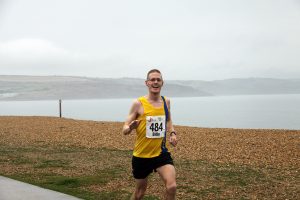 Billy wasn’t far behind Pete either, coming in at 1:21:06, which put him in 59th place. This was only a couple of minutes off of Billy’s personal best which was set at the Bournemouth Marathon Festival last year. He knew he’s not in PB shape at the moment so to get the time he did was a pleasing result for Billy.

The winner of the race was Tom Merson of Exmouth Harriers, who completed the course in a mega quick 1:07:31. Daniel Eckersley of Kingston AC and Polytechnic Harriers was 2nd in a time of 1:10:59, with Steve Gallienne of Bideford AAC taking 3rd in 1:12:22.

It was a good result for both Pete and Billy, with Pete both finishing in the top 60 of a highly competitive field containing many of Hampshire’s top road runners