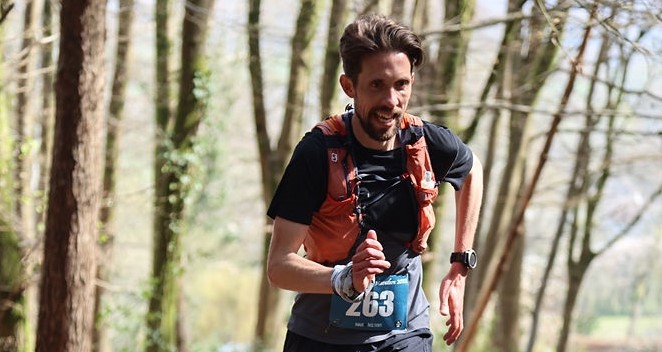 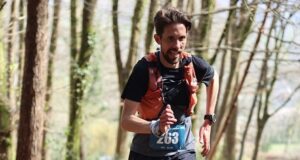 After picking up the win in the last Dorset Ooser Marathon, Pete Thompson was back again, ready to tackle the testing off-road route once more

It was only eight months ago that Pete Thompson last visited Turners Puddle for the Dorset Ooser Marathon and the event brought him some very happy memories on that occasion.

Running out a convincing winner on the day and despite the near 2,500ft of elevation, Pete still some how managed to get round in under three hours. It was certainly a mightily impressive achievement, even for an athlete of his standing.

The race that day had been put back from its original date due to lockdown restrictions. It was a very significant one as well as it was the first race to be held after the end of the first lockdown.

In many ways, Badger Trail Events paved the way for other races to follow, implementing a COVID secure race environment, with staggered starts, masks and social distancing measures.

Of course, that has since become a race format that is quite familiar and works very well for the most part but Kevin and Denise Day who run the Badger Trail Events company certainly deserve a lot of credit for pioneering it and boldly going where no one had gone before.

The Dorset Ooser Marathon would surely have to go down as one the toughest in the county. The terrain is extremely varied and features farm tracks, fields, woodland trails and heathland.

Whilst being invitingly picturesque, the Dorset countryside is also fiendishly brutal and the marathon route includes 13 hills to negotiate with approximately 1000m of elevation. Add to that the mud, the stiles and the fords and you have a very challenging route to negotiate.

After emerging victorious last time round, Pete’s aims were slightly different on this occasion. He’s entered the South Downs 100k at the end of the month so the Dorset Ooser would serve as a good training exercise for that.

Hence he ran it a lot more tentatively than he did previously but it was still a strong and solid performance that saw him complete the course in a time of 3 hours 19 minutes and 59 seconds.

That put him in 6th place in the final standings, so once again it was a terrific run from Pete on such a bumpy course and should be a very valuable exercise to contribute towards his 100k prep. 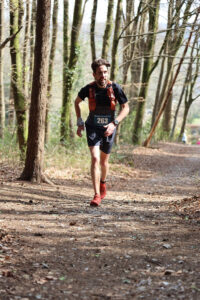 Pete makes his way along the serene woodland trail

After having to settle for a runner up in the last one, Robert Eaton of South Derbyshire Road Runners went one better this time and sealed the win, beating his previous time by 39 seconds to finish in 3:06:58.

Scott Parfitt of Lytchett Manor Striders finished in 11th place with a time of 3:36:48 and he was followed by Mark Goodwin of Littledown Harriers who completed the course in 3:38:32 to take 12th position.

There was also a Half Marathon race and that was won by Mark Peddle who really put his foot down to get round in a time of 1:31:13.

Lindy-Lee Folsher of Epsom Oddballs was the fastest woman in the Half Marathon, completing the course in 1:39:31 which put her in 8th place overall.

Georgie Roberts of Lytchett Manor Striders was the next quickest female, clocking a time of 1:43:28 to finish 15th overall. 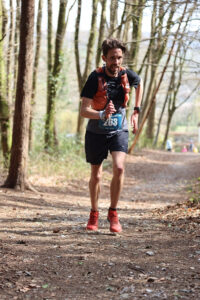 Looking to build up his endurance for the South Downs 100k, the Dorset Ooser was the perfect foil for Pete to do just that

A total of 256 runners successfully completed the Marathon with a further 272 running the Half. Once again, it was an exceptionally well organised event and one that is becoming of Pete’s favourite races.

Pete didn’t allow himself much time to rest and recuperate after the Dorset Ooser Marathon and the following weekend he was back out on the trails again, this time heading over to the Purbeck in a run that would in the end see him reach 28.8 miles.

That included some tough inclines in the middle as well so Pete is certainly well on his way with his training for his forthcoming ultra. The South Downs 100k is a point-to point race from Arundel to Eastbourne featuring over 8,000ft of climbing.

Pete has completed the Endurance Life Dorset Ultra previously, which was 33 miles and during his epic Tour de France route challenge in 2018 he was averaging about 30 miles a day.

But a 100k course to complete all in one go will certainly be a massive step up in distance. No doubt he’ll rise to it though, like he has in the various challenges he’s taken on thus far. It will be something of a journey into the unknown for Pete but that’s all part of the fun of it.