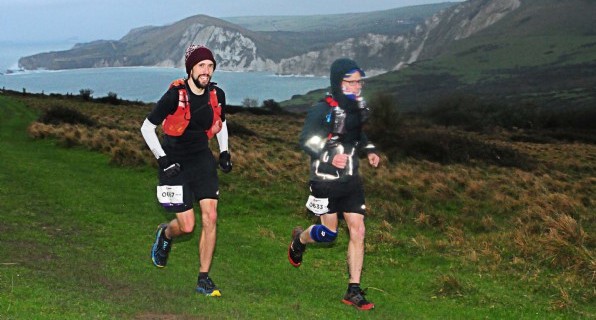 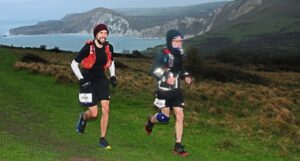 The end of the November lockdown marked the return of racing for many and what better way to get back into it than with a wet, windy, muddy, hilly, 33 mile ultra. At least, that’s what Pete Thompson thought anyway when he headed over to Kimmeridge for the Endurance Life Dorset Ultra Marathon.

It might surprise some to know that prior to this event Pete had never actually ran an official ultra before. He had of course completed many marathons including the famous 44 marathons in 44 days in 44 different countries challenge.

He’d also ran the entire 2018 Tour de France route in the space of 67 days which entailed covering roughly 30 miles every day, so in that he essentially ran the equivalent of an ultra every day. But as amazing an achievement as that was, it wasn’t an actual race.

One interesting thing about that challenge which wasn’t as well publicised was the fact that Pete had never actually ran over a marathon distance before, even in training, and there he was, having to do it for 67 consecutive days!

The Endurance Life Dorset presented him with the possibility of getting an official ultra marathon under his belt though, but as he was about to find it, it wasn’t going to come easy.

The weather on the morning of the event was atrocious. The lashing rain and high winds turned the route to slop which added to the difficulty of what was already a very demanding route.

Not to be perturbed though, Pete scrambled up an down the hills doing his best to stay upright whilst heading along the mud laden trails.

Accompanied by his friend, and also well renowned Bournemouth AC man over the years, Billy McGreevy, the pair worked their way along the coastal path. 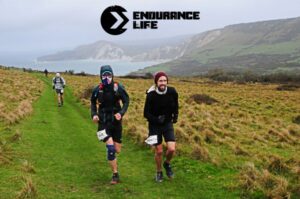 Billy joined Pete on what would turn out to be one hell of an adventure!

Starting out at Kimmeridge, the route took them over to West Lulworth first before looping round and heading back through Tyneham. It was then over towards Worth Matravers before heading up to Kingston and back to Kimmeridge.

With the elevation billed at 5,567 ft, it was always going to be a serious battle, even for experienced runners like Pete and Billy. The relentless and unforgiving wind and rain turned it into less of a race and more of a slog with just a load of runners saying “why are we doing this” as they passed each other. 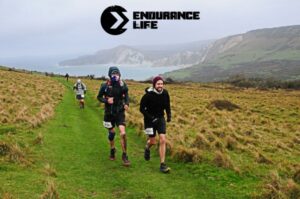 Although the weather made it tough, Pete and Billy were not going to be deterred

Not to be defeated though, Pete and Billy soldiered on and after nearly seven hours, they finally made it to the finish line. Wracking up an elevation gain of 7,372 ft and covering a total distance of 33.6 miles, it had been an epic journey for Pete and one that he’ll remember for a long time to come.

Completing the course in 6 hours 48 minutes, Pete finished in 10th place in a field of 109 runners, 99 of which made it the finish line. The winner was Lewis Ryan who got round in 5 hours and 11 minutes. 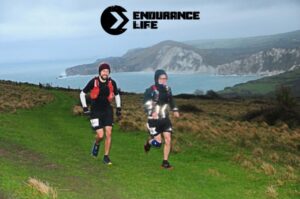 Second place when to Maxime Lelong in 5 hours 30 minutes, with Kit Walker taking third in 5:35:20. Nina Davies finished as 1st female and was sixth overall with her time of 6:19:51. 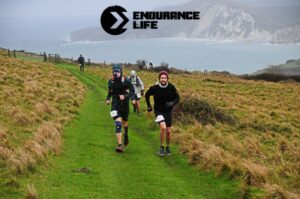 There was also an Ultra Plus, which consisted of 46.3 miles. The winner of that was Dave Phillips, who made it round in 7 hours 48 minutes. Second place went to Simon Dicks in 8:37:46 and third went to Bob Gilliland in 8:39:15.

Pete claimed afterwards that it was the most challenging day he’d ever had in a pair of running shoes – and that’s saying something after all the crazy charity activities he’s done!

In answer to the question of why they were doing it, Pete would love to have something wise and profound to say but in all honesty, he just loves the experience. Well, it’s either that there’s something wrong with him! 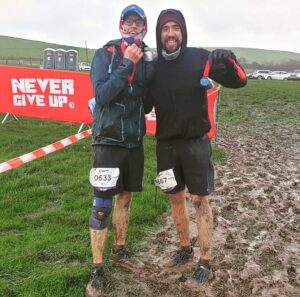