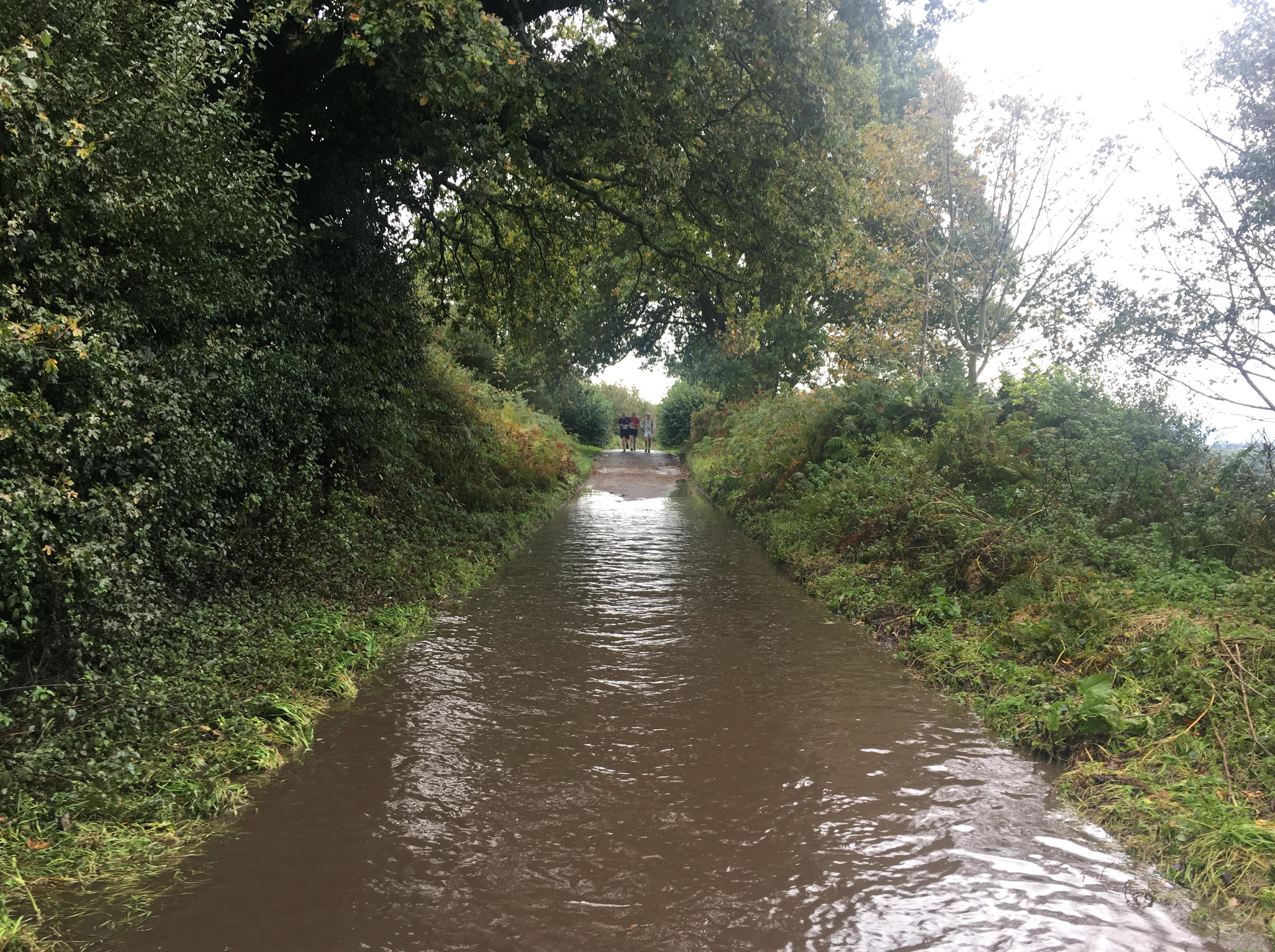 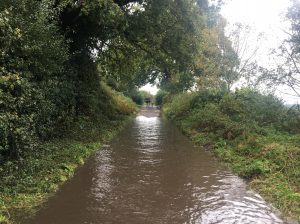 If you’re going to go through the mire, as Bournemouth AC teammates Phil Cherrett and Steve Parsons thought, why not go through it together. And that’s exactly what they had to do at this year’s somewhat extraordinary edition of the Gold Hill 10k.

It was the kind of race where swimming trunks, a snorkel and some flippers might have been more appropriate as opposed to road shoes and the standard BAC attire. Sadly they don’t make BAC swimming trunks though.

Originally it was Phil Cherrett’s bright idea to enter the race. He had an steady run for an hour or so planned in for Sunday morning and on the Friday afternoon, he suddenly remembered that Gold Hill was on.

The weather forecast for the weekend was awful and knowing he’d be more inclined to go out if he’d entered a race, Phil signed up for it. He then spent the next few hours persuading Steve to join him and in the end he reluctantly agreed. A nice steady run round Gold Hill… What could possibly go wrong?

When they arrived the area was shrouded in mist. In fact, the fog was so thick you couldn’t see more than 100 metres ahead. As they collected their numbers they were advised that there were some puddles out on the course.

At that point they didn’t see any reason for any major concerns. They thought they’d probably be fit enough to jump over them with a good run up. However, during the race briefing just before they set off they learned that the puddles were in fact shin to knee deep and they were actually 200 to 300 metres long!! Steve looked at Phil and he burst out laughing. This was going to be fun!

In fairness though, they weren’t really planning on running it quickly anyway and given that it was only Steve’s third run in three months after the Lytchett Relays and the Littledown 5, it was just a case of getting round and trying to enjoy it.

Having talked Steve into it, Phil kindly jogged alongside him and it actually turned out to be a rather fun morning. They settled into a sensible early pace and soon approached the iconic, cobbled climb.

Even at a very forgiving pace though, that is not an easy incline to negotiate. The next few kilometres were full of excitement and anticipation as they approached the flooded part of the course around half way through.

It was a fantastic moment as fellow runners and marshals very much got into the spirit of it as they waded through the water, laughing all the way. The water was freezing cold though and very deep in sections. 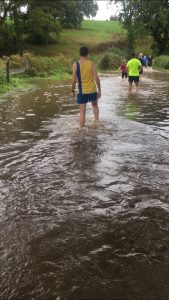 The second half of the Gold Hill 10k is when the climbs really begin and Phil thoroughly enjoyed his work alongside Steve. Two further flooded sections awaited them as well and once again, they were great fun.

It wasn’t the norm to be splashing around and playing during a race, but the plan for Phil and Steve was to just enjoy themselves so that’s exactly what they did. 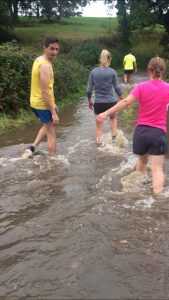 Steve gives a glance back to Phil as if to say… “What the hell have you gotten me into?”

Although they had to tackle the entire second half of the race with squelchy, soaked shoes, they kept on smiling and laughing about it as the progressed round the course.

It almost seemed a shame when they worked their way up the final climb and headed across the field to the finish. The pollyanna pair ended the race in 78th and 79th positions, each coming in in a time of 59:57.

It was 11 minutes slower than Steve’s time in the Gold Hill 10k last year but the times were not important. They will remember the run fondly when they look back on it and that’s the most important thing.

The chap who won the race somehow managed to get round in 36:33 which is an amazing time on that course on a normal day, let alone in those conditions.

As well as the flooded sections, the wet weather had made the downhill slopes very dicey as they were on country lanes and full of wet leaves and mud making for a slippery surface. Luckily Phil and Steve weren’t going flat out though so they didn’t have to take too many risks on the steep descents.

The marshals and volunteers all did a fantastic job in treacherous conditions and deserved high acclaim for the part they played. Phil enjoyed it so much that he’s already looking forward to next year’s race.

It was the third successive year Steve has done the Gold Hill 10k now and he’s slightly worried it’s becoming a tradition. It took him three days to be able to walk again properly after the race and it also took a good few days for his shoes to dry out. He’s hoping he’ll be able to use this a bit of a springboard to help him get back fit again.

Perhaps if they do do the race again next year they’ll have their wetsuits and flippers to hand. Just in case of a flood! 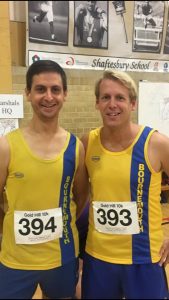