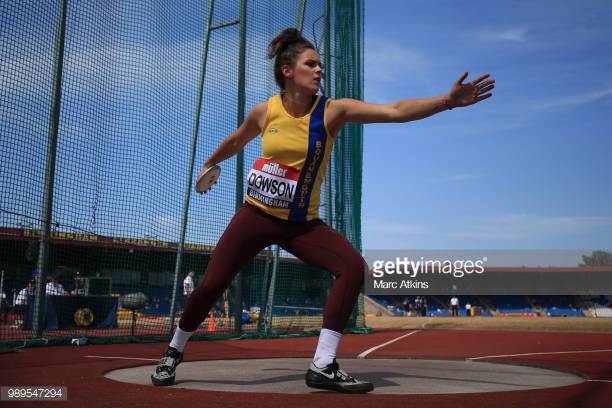 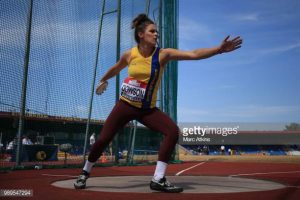 The best of Britain gathered to compete for the esteemed honour of being British Champion as well as a place on the British Athletics Team for the European Championships in Berlin on 7-12 August and the Athletics World Cup on 14-15 July at the London Stadium.

The Alexander Stadium has played host to numerous memorable British Championships and this trend continued in 2018 including Dina Asher-Smith’s new 100m championship record of 10.92.

A highly competitive field of throwers were lined up for the discus with the top seven throwers capable of exceeding an outstanding 50m. Phoebe Dowson (Mark Chapman, BAC) started the championships with a joint 4th GB ranking and needed to rise to the occasion. She was aware of the level of competition and a top class performance was required to reach the podium.  Phoebe did not allow her nerves to dictate the situation but instead channelled them to fuel an outstanding performance of 53.05 for the bronze medal and prestigious place on the podium. 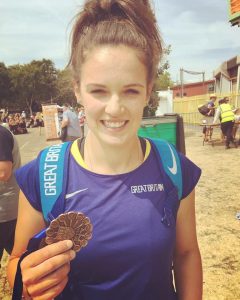 Phoebe’s senior international debut in the discus was at the winter throws event organised by British Athletics in conjunction with Loughborough University. This is where she also rose to the occasion, throwing a PB of 52.37m to secure her first British vest.

Pheobe is an inspiration to BAC having realised her goal of obtaining her GB vest and being selected by British Athletics to represent the country at the European Throwing Cup. This was held in Leiria, Portugal on 10-11 March 2018 where she came 4th, an outstanding achievement.

Other notable performance include championship best performance 2018, at the Hampshire Athletics Track & Field Championships on 12-13 May 2018 at the Mountbatten Centre, Portsmouth.  Phoebe Dowson threw 52.90m, improving on her previous 2017 record of 51.80m.

Phoebe also formed part of the England’s Team victory on 20 May 2018, at the Loughborough International.   Phoebe saved her best until last with her final throw of 52.39m moving up into second position.

It’s exciting to see Phoebe improving her performances, competing for GB and heading towards the international stage.