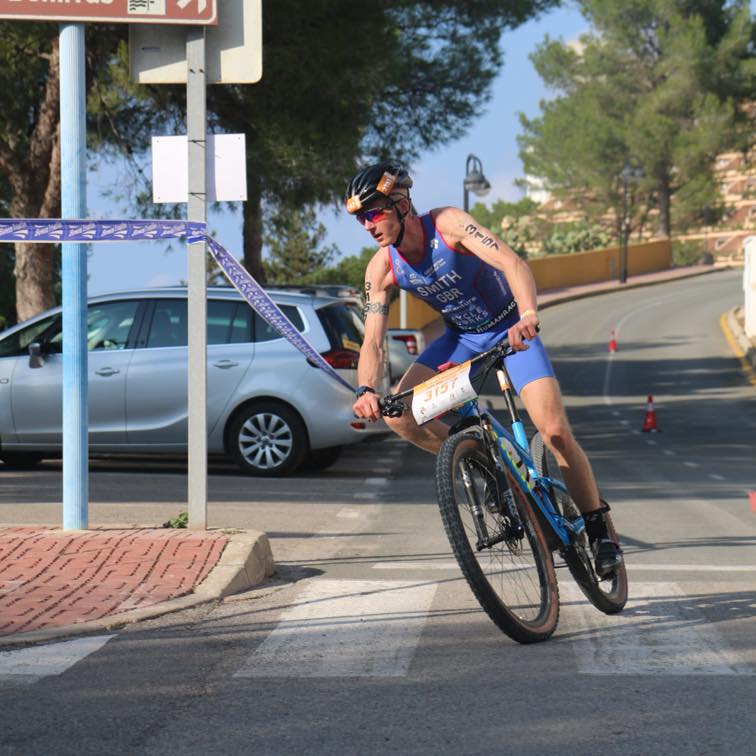 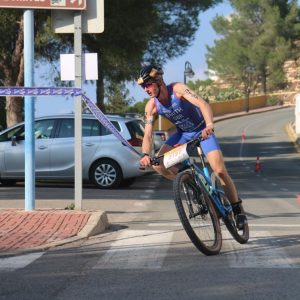 When it comes to representing your country at a European Championships, that is time when you absolutely want everything to go smoothly and free from any difficulties presented by mechanical faults or other such mishaps that might impede your ability to perform to your true potential.

That is of course what Ross Smith was hoping for when he headed out to Ibiza to compete in the European Cross Duathlon Championships representing Great Britain. Unfortunately though, it doesn’t always work out that way as Ross was about to discover.

For the past four months Ross had been training hard for the event in a determined bid to mix it with the best in a high quality international field. As a result, he’d seen some tremendous progression with his running, posting some magnificent PB’s along the way including an amazing 10 mile best at the Portland 10 in June.

As for the cycling part, he’s always been strong riding off road and wasn’t expecting that aspect to present him any problems in the race itself. In duathlon events though, anything can happen. Ross always pencils in a race around a holiday and has learnt to expect the unexpected. 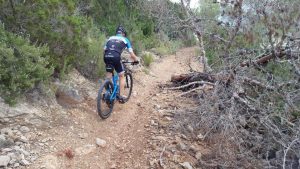 It was Ross’s first ever visit to the northern region of Ibiza and he arrived a few days earlier to ride the course a few times and get to grips with the terrain as well as to enjoy some sightseeing.

Both the run routes and the cycling routes were were off-road and there were some very steep climbs, particularly on the bike course. When it came to race day though, he felt as prepared as he could be for the occasion.

It was the run first and as soon as the gun went off, everyone was scrambling to get onto the small tracks that formed a pathway through the bamboos. After running for 30 minutes in 24 degree heat and over mixed terrain, including some of Ibiza’s sandy beaches, his heart rate was already above 190. 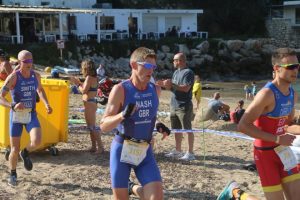 Grabbing his bike quickly in the transition, he was soon heading for the first, extremely steep 500ft climb on lap 1. His legs weren’t liking it but he managed to get to the top and after a quick gasp of air he was on his way back down.

It was at that point that he noticed his tyre started leaking sealant after being ripped by a rock. This was gutting for Ross as it had interrupted his flow but nonetheless, he managed to stop, fix it and continue. 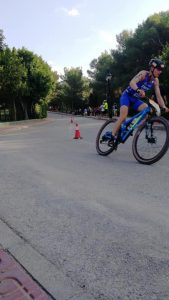 Unfortunately though, that wasn’t the end of his problems. As he was coming round on the second lap, it became evident that the hole had not fully sealed and his tyre went flat again.

At that point he thought about quitting but he didn’t want to DNF. Managing to keep it topped up with air just enough to finish the bike segment, he was onto the final run.

Despite all his trials and tribulations on the bike ride, he still had fun on the fast and dangerous downhill sectors. After completing his run, he was chuffed to have finished the race and that was an achievement in itself after all the issues he had with his tyre. 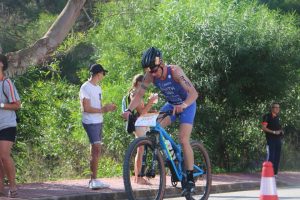 After managing to fix the puncture the first time round, Ross found that air was still leaking out of the hole and suffered another on the second lap

It was a brave effort from Ross and he showed tremendous character and resolve to keep going even though it seemed like the fates were conspiring against him massively.

He still managed to finish 68th out of 137 competitors, which is a fantastic result given that he probably lost around 10 minutes from stopping and trying to fix his tyre on the bike leg. In a field containing all the top cross duathlon athletes in Europe that is some achievement. Who knows where he would have finished if the bike leg had gone smoothly.

Wearing the GB vest and representing his country is always a great honour for Ross though and overall it was still a good experience. No doubt he’ll be back again to give it another shot and the not to distant future and hopefully he won’t have such cursed luck next time round. 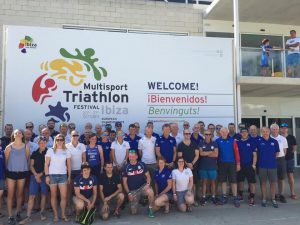