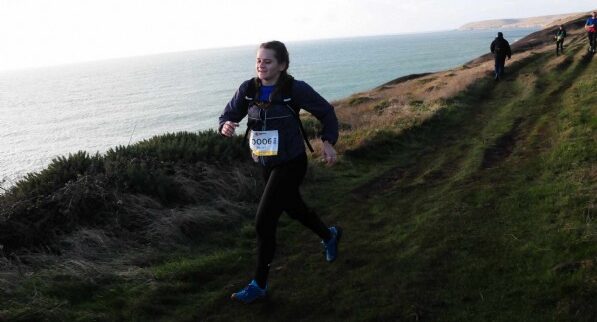 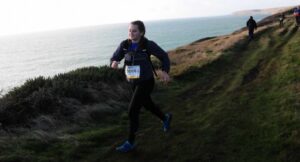 The section of the Jurassic Coast Path that goes through Swanage is a mecca for runners, with its notoriously tough terrain complemented by a glorious backdrop providing stunning views and spectacular scenery.

That was enough to entice Raluca Basarman over to get stuck into some race action as she lined up for the Endurance Life Dorset 10k.

In fact she’d signed up for the race quite a long time ago, towards the beginning of the year, but when the time came to lace up her trail shoes, she was ready for it.

Of course, being located on the Purbeck, it was never going to be a flat course and the route contained its fair share of inclines, featuring 774ft of ascent.

That didn’t put Raluca off though as she likes a challenge and was looking forward to getting out there and making the most of it. 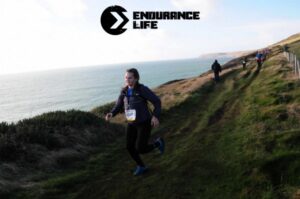 For some of the route she was joined by Jack Humphrey who had come back to Bournemouth for the weekend after recently having moved to London.

Jack did some physio work for Bournemouth AC in the summer of 2019 and had also been to some training sessions with the club in the past.

He’d wanted to enter the race but by the time he knew he’d be around and that the event was on, it was full so he was unable to get a place. Luckily he was still able to run with Raluca for a large part of the race though. 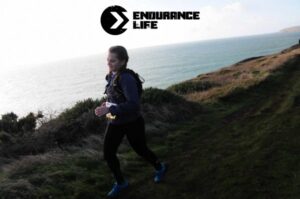 Raluca makes her way along the cliff tops of the Purbeck

Raluca hadn’t done a lot of racing this year as she’d been suffering from an ankle injury for quite a while. She’d sustained the injury by slipping on some rocks whilst out running back in Spain where she was visiting family.

She did compete in one of the Wessex Cross Country League fixtures though at Ferndown Leisure Centre so she’d already had a bit of practice in an off-road setting. 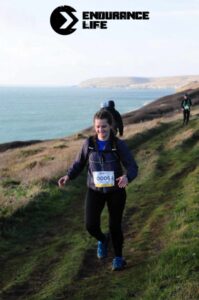 Ralu focuses on her footing, knowing how important it is to keep her balance

The Endurance Life Dorset 10k was an entirely different proposition though and with all the undulations, would certainly put her through her paces.

The route started from Worth Matravers, heading to towards Durlston Country Park and National Nature Reserve and following the coast line round to Swanage. 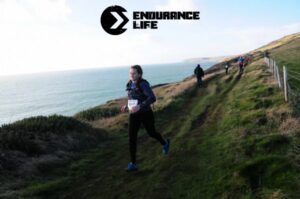 It was a marvellous setting for the race with stunning views

Raluca tackled the slopes with aplomb and enjoyed every moment of it as she made her way round. Completing the course in a time of 1 hour 9 minutes and 38 seconds, Ralu got to the line in 55th place out of the 124 who ran the 10k distance.

Out of the women in the race, she was 11th quickest. It was a decent result for Raluca on a course that was certainly not designed for a fast time. 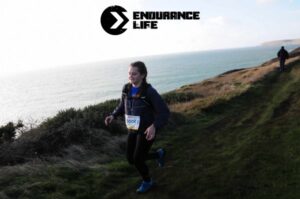 Raluca was the 11th fastest female in the 10k race

Lonely Goat man Lewis Clarke seems to be winning everything at the moment and he prevailed in the 10k race, getting round in an impressive time of 45:24. Well, impressive for that course anyway.

That put him over two minutes in front of his nearest challenger and that was Martha Neal who sewed up the female win in a time of 47:35. 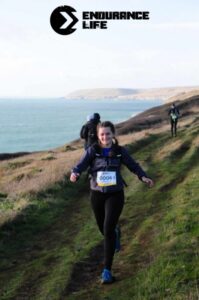 The event also included a Half Marathon, a Marathon, an Ultra and an Ultra Plus race. The Half Marathon was won by Alex van Tuyl in a time of 1 hour 35 minutes and 35 seconds. A field of 320 took part in that race.

It was James Ellis who came out on top in the Marathon, recording a time of 3 hours 38 minutes and 29 seconds. There were 190 participants in that one.

The Ultra Marathon was 36.6 miles and the winner of that was Maxime Lelong who showed great endurance to complete the course in 5 hours 54 minutes exactly. 92 people braved that distance.

There was also an Ultra Plus race that was even further and that was won by Dave Phillips in a time of 7 hours 54 minutes and 59 seconds. There were 71 runners attempting that mammoth task.

It was great to see Raluca back out there racing and after a tough year for her in running terms, being dominated largely by the ankle injury she sustained in the early part of the year and then a loss of fitness as a result.

Hopefully she can now kick on and enjoy a good, injury free year in 2022 so she can get back to her best form and enjoy many more races like the Endurance Life Dorset 10k.