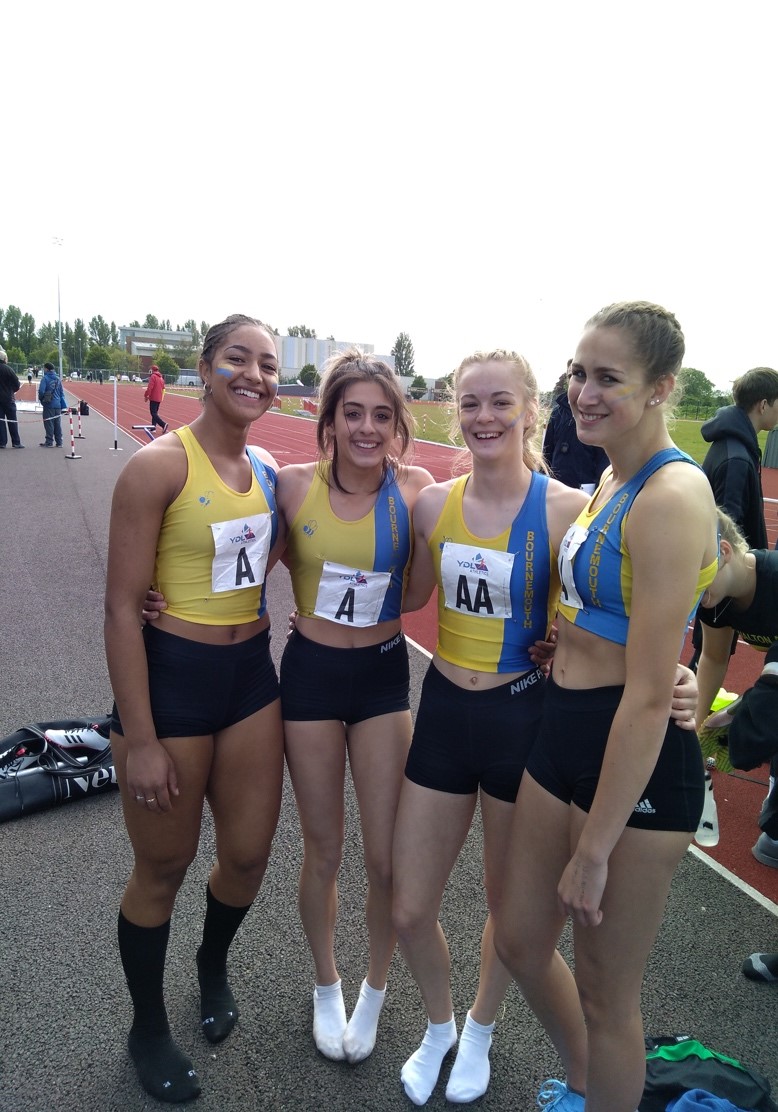 We left Kings Park on a very busy mini bus filling almost every seat! Which for me was a much welcome change from previous years! We picked up along the way at both Picket Post and Cadnam. We arrived at Walton all ready to welcome athletes, officials and parents from Salisbury into our newly formed composite team. I was overjoyed when completing my team declaration that I had a pool of 20 plus athletes all keen and ready to compete !!!I must say unheard of! 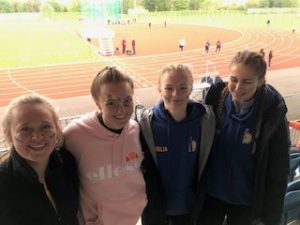 My first thank you must go out to the officials. Tim and Tina Wilding from New Forest, Juliet Dobson from Bournemouth and new to us Andy Webb, Alan Munro and Andy Angell from Salisbury. It was fantastic to have such a great team of helpers behind us not to mention the additional points the team received from having an almost full quota of officials! Thank you so much.

I also cannot thank the parents who sat in the freezing cold enough! Also thank you to all the coaches that prepared athletes ready for the event and helped me with the team. Thank you to Tim and Dennis for helping the girls on the day particularly with the relay teams.

I now must move on to some of the day’s highlights. What can I say 2nd place overall above teams like Southampton and Team Dorset! Amazing, Amazing, Amazing! Well done everyone what a fantastic start!

Now over to the real stars of the day.

The girls put in some strong performances across the board in both age categories on both the track and the field. The biggest highlight was U17 100 m relay team breaking the club record with a time of 49.2. Well done Brooke Ironside, Amelia Verney, Lana Blake and Yasmin Bridet. Yasmin had said to me that the team would do well and you definitely did!! 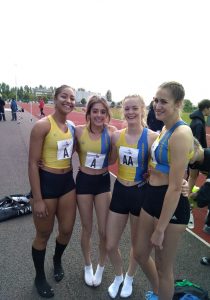 We scored double points in Long Jump Lana Blake and Issy Franklin U17 both first and first with 2nd place going to Amelia Dobson in U20.Again in the High Jump Jaz Cooke jumped a season best gaining 2nd position in U20 and Amelia Lewis who jumped in u17 also came 2nd place. Lana Blake secured first place in Triple Jump. In shot our 3 athletes were Alice Miell and Issy Shepherd at U20 both gaining first place and Georgia Clarke scored well in U17 age group. In Javelin Alice Miell and Amelia Dobson both first in U20 scored double points along with Lucy Wilkinson came first in U17.Issy Shepherd threw a season best in hammer and took first place, Lucy Wilkinson stepped in and threw the hammer in U17. Georgia Clarke stepped into Discus thank you for doing so alongside Issy and Lucy.
Over to the track. Brooke Ironside ran up in U20 in 100m gaining first place position. Rebecca Hannibal also ran a great race. Amelia Verney, Issy Franklin and Sarah Brett ran great races in 100m and 200m. Alice Miell ran a really impressive 100m hurdles all on her own with me cheering for Sarah! I did say I was sorry!! Thank you for getting us top points. Yasmin Bridet gained first place position in 80M Hurdles. Melody Creber ran her first ever 3000M it’s a long way but you did it! well done! The other 100m relay team included Issy Franklin, Jaz Cooke, Sarah Brett and Rebecca Hannibal you had never ran as a team before but came second with a time of 52.4 well done girls. As the day went on the team spirit grew and amazingly a group of girls actually wanted to run the 400m relay. Thank you to Brooke, Jaz, Sarah and Becks.
Be proud of yourselves! 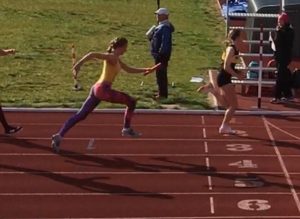 The boys also performed like real troopers. Showing fantastic results across both track and field. We had some new boys who had never competed before and they bravely rose to the challenge. I do really hope you enjoyed it!In 100m Joshua Dyer and Daniel Owen both ran fantastic races both in a time of 12.1 and Sam Cook ran his first ever 100m putting in a strong performance. Aidan Dure -Smith showed us how to compete at distance running and then showed his versatility by running the 100m relay. His team consisted of Joshua, Daniel and Morgan sorry boys for all the faffing about with the vests !!!Danny Sinclair did amazingly well in High Jump coming second. I hope that you survived the hurdles and that your knee is ok now? Morgan competed in Long jump coming 2nd place well done a great result.

Looking at the U20 Boys. Fraser Spall competed in a maximum number of events including being the only athlete in the steeple chase, I think we might have some more takers next time!!!Sam Cook threw the hammer for the first time ever in a competition. He wasn’t even put off by another competitor saying he could throw 60M plus! Adam Petty only agreed to come on Saturday evening he is primarily a runner but he entered into the spirit and tried a whole host of events. Thank you and well done! Jacob Northcliffe did some great running including the relay.

I really hope I have not left anyone out! You really were all amazing. Thank you for enduring the cold, meeting and making new friends. Together we will build on this success please come again and invite your friends to take part.

Please contact me ASAP to let me know your availab 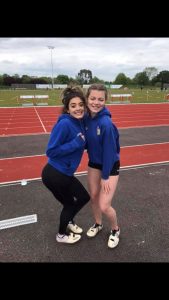 ility for the next events.

Thank you so much and a huge well done!!!