Rich and Trev get their just deserts at Bournemouth Beach Race 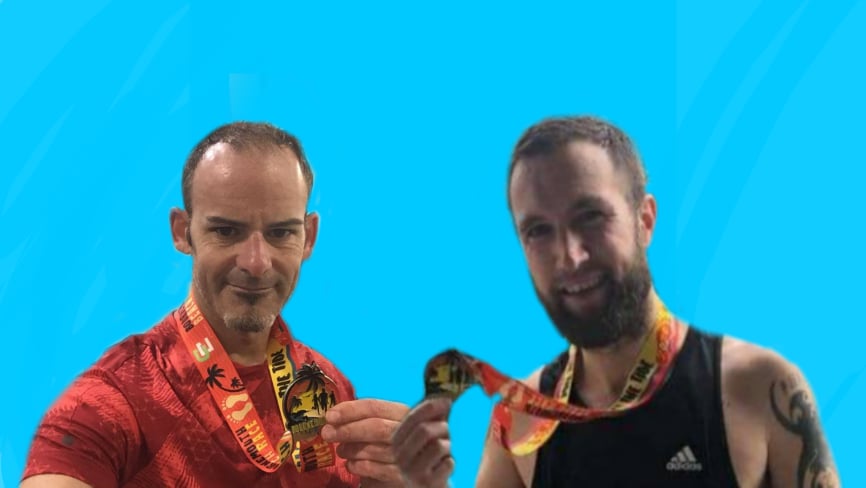 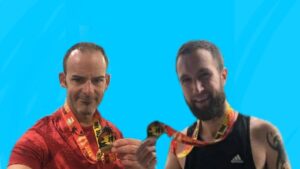 It is an event like no other!! With the entire course on sand and numerous hurdles to get over, with a groyne in waiting at the end of each segment of beach, this wasn’t your bog standard 5k and 10k race. The Bournemouth Beach Race requires strength, agility, resilience and sheer doggedness.

This edition of the event featured two Bournemouth AC members. Rich Brawn was in action in the 10k race and Trev Elkins was taking on the 5k.

For Rich, it was a step into unchartered waters, or unchartered sand, to be more precise. He hadn’t ever really done a race on the beach before, unless you count the Bournemouth 10 after all the sand has blown up onto the promenade the night before!

He wasn’t really sure what to expect or how tough it would be, but he was about to find out. And the answer was – extremely tough!!

As for Trev, he already had two Bournemouth Beach Race 5k wins to his name, in the summer and the winter events of 2018, so he was practically a veteran across the sandy shores.

When he signed up for the race, Rich was handed a start time of 7:35am which he wasn’t quite expecting since on the website it said the starts were from 8:30. That meant he was already on the backfoot from the get-go.

Then on the previous day, he found out that there was going to be a surprise party for one of his friend’s birthdays that night. It was such a surprise that even Rich hadn’t known about it!

His initial thought was to go along and have dinner and enjoy the party but to only allow himself one glass of wine. Once the champagne started flowing though, that idea went out the window.

After three hours sleep and still feeling half cut from the night before, Rich gingerly made his way to Bournemouth Pier, where the race was located. Luckily, he was able to use his gym as a base so brought some warm clothes with him for after. 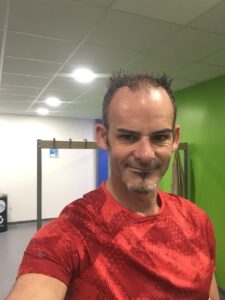 Since the start was supposed to be in waves, Rich took his time getting ready and by the time he came down to the start area, most the 10k runners had already set off.

Since no chips had been handed out, he thought he’d missed his chance. Then he realised that there were cameras and people recording the times that the runners set off. So he could still run the race and get the correct time. But he’d have to do it on his own.

The course had changed from previous years where it was run in the direction of Sandbanks. This time though, it was towards Boscombe and then on to Southbourne. 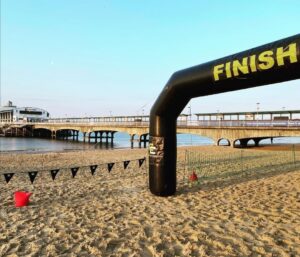 Rich had done a couple of training runs from Boscombe Pier to Bournemouth Pier and back on the sand that week, so he knew it wasn’t easy to run fast on it.

Nevertheless, he attacked the race as best he could and managed to get a reasonable pace going for the first couple of miles. After Boscombe Pier though, it started to get very tough.

It was quicker to run on the wet sand as it was more compact, but the groynes were too high to jump so Rich was having to go up onto the dry sand to get over the groyne and then go back down again, and do the same thing after each segment of beach. It was a real grind.

Miles 3 and 4 were very slow for Rich as he battled with constantly having to run through the dry sand. Once he reached the last couple of miles it became easier as the groynes were low and he could stay on the wet sand.

Then on as he was jumping over one of the groynes in the last mile, he twinged his left hamstring. After that it felt like he was getting cramp and he had to slow down for a bit. He was determined to finish though, since he’d slogged it through the sand for so long.

Managing to push on in the end, he successfully made it to the finish line but it was to be the slowest 10k he’d ever ran. Even dating back to the days when he first started running.

With a finishing time of 45:35, it was pretty safe to say, this was not a race he had excelled in. When he found out Luke De-Benedictis had got round in just over 41 minutes, that compounded Rich‘s misery. 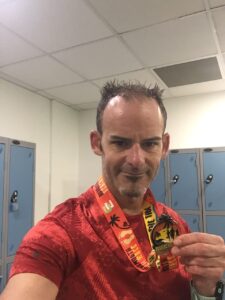 The 5k race that Trev was in started at 8am and he had already finished by the time Rich got back. Having done the race a couple of times before, Trev fared a little better. In fact, he was the first finisher, reaching the line in a time of 20:57.

Because people were starting at different times though and other runners had started later than him, he knew he hadn’t got the fastest time. He’d seen a youngster who started quite a bit later than him gain some ground.

That was Aidan Dure-Smith – and it turned out he’d completed the course in 19:35. When the results were finalised though, it emerged that Chris Rogers had picked up the win, bettering Aidan’s time by two seconds to finish in 19:33. That meant Trev would have to settle for 3rd in the end.

Although he wasn’t overly pleased with his performance after the race, Trev’s time was still pretty close to what he’d produced before when he won it on the two previous occasions.

The first time he got round in 20:18, which was a course record, and the second time he clocked 20:52. That was on a different course though and it certainly seemed that the new course was tougher and slower than the previous one. 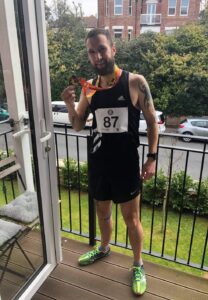 Trev’s time of 20:57 was enough to see him seal third spot on the leaderboard in the 5k

Agnieska Loeff finished 1st female in the 5k race, getting round in 22:56. That was also good enough to her take 6th place overall ahead of Crystal Haygreen who was 7th and 2nd woman.

Rich was disappointed to find he’d only finished 8th in the end, in a race which he thought he might stand a good chance of a top three place.

Amy Kingston was 1st female, finishing in 54:10 and she was followed by Zoe Clark and Francesca Allford who finished in 57:31 and 57:35 respectively. There 56 runners in total completing the 10k race and 38 in the 5k. 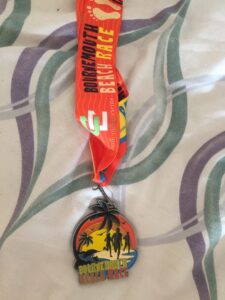 When reflecting back on it after, Trev said that he may not do any more of the beach races as he didn’t really enjoy that one. He certainly didn’t get the same buzz out of it that he did at the New Forest Off-Road 10k a few weeks prior, although he did win that race so that might have something to do with it.

Rich found it perhaps the hardest race out of any he’d done previously. It really was a grueling workout. After the race his legs were so shot that he couldn’t even jog back to Boscombe Pier from Bournemouth Pier when heading home. His hamstrings were so sore that he had to walk.

It was a great challenge though and he could possibly be persuaded to give it another go in future and hopefully get a more respectable result next time round. Only if he’s forgotten how hard it was by then though! 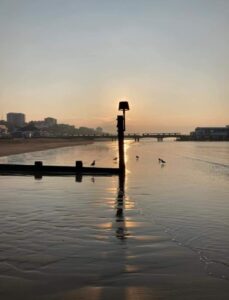