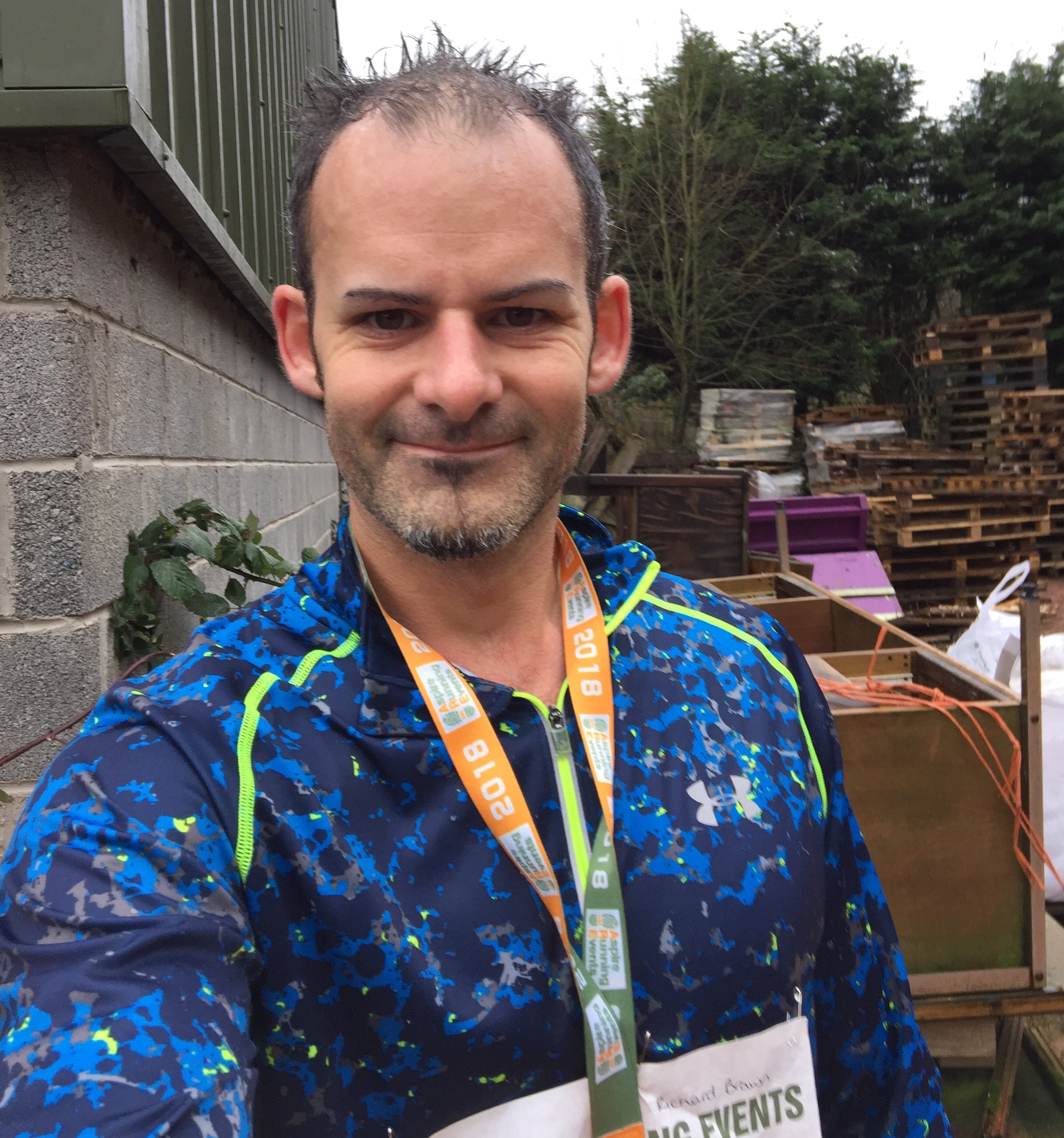 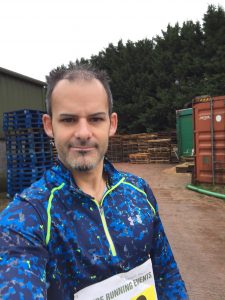 A week of frequent rain in the lead up to the Warmley Forest Park 5k and 10k races had left the Bristol based course in an extremely soggy and muddy state. That seems to be just how the locals from that area seem to like it though and they were keen to get to grips with the challenging off-road route.

Giving an Aspire Running Event a go for the first time, Rich Brawn didn’t really know what to expect. The Aspire Running Event had been recommended to him by his Bournemouth AC teammate Trevor Elkins, who has done quite a few of the Aspire races and has accrued an impressive array of trophies over the past few years.

After arriving at the venue, Rich was immediately struck by the friendly atmosphere and could see that spirits hadn’t been dampened by the cold and wet conditions.

As well as the standard 5k and 10k races, there was also a Canicross option for people wishing to run with a dog. These races were surprisingly popular and added to the genial nature of the proceedings.

Once the Canicross races has got underway, it was time for the 5k race to start. This was where things got a bit more serious, or they did for Rich at least. He was focused and had come with only one intention – and that was to win.

He could see Ross Wayne there on the start line and was aware that Ross would be a threat. In fact, he had encountered Ross at Blandford parkrun a few weeks ago, where the there wasn’t must to choose between the two. Rich had just came out on top that day but he knew he’d have to run well again to repeat that feat.

In the early stages of the race, Rich was in the lead. He was quite comfortable going over the concrete paths. However, once the route began to wind into the forest and out into the fields, that was when it got a whole lot tougher.

Although he had his trail shoes on, Rich was still struggling to find some grip on the muddy surface. He was slipping and sliding all over the place and it was then that Brad Cox pounced to take over the lead. 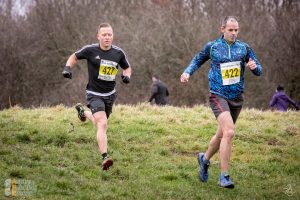 Brad is a another regular at the Aspire Running Events and has very good pedigree. He’s certainly had some good tussles with Trevor over recent times and has always proved to a be a strong competitor.

Rich tried to stay with Brad as best he could but then a game changing moment occurred. As the pair began to approach a tight path through the woods there were a couple of runners with dogs just ahead. Brad moved quickly to nip in front of them as he got to the path. Rich was unable to get there in time and had to come to a virtual stop to wait for the runners with dogs to let him past. 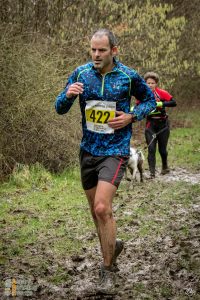 Brad seized the moment and opened out a gap between himself and Rich and it was a gap that Rich was unable to close as the race went on. He began to realise he would have to settle for 2nd place. The gap between the pair of them was widening throughout the rest of the race and soon Brad was completely out of sight.

The left Rich with just the task of negotiating his way over the thick mud safely enough to be able to get to the line. The difficulty of running in mud had taken it’s toll on Rich and he slowed down quite considerably over the latter stages. 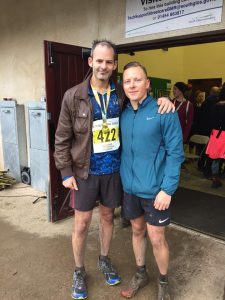 Although it wasn’t quite the result he was hoping for, Rich was still happy to receive a trophy for his 2nd place and it was actually the first trophy he had ever won in an individual race. This made the long drive and the plight of finishing up absolutely covered in mud all worthwhile in the end. 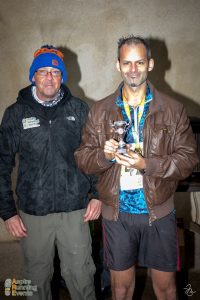 After completing the race, Rich certainly felt like his leg muscles had had a proper workout. It required a fair amount of strength just to stay upright round the twists and turns of the muddy trails. At that point, he was glad he wasn’t doing to the 10k where the participants had to do that same loop twice.

Overall, Rich enjoyed the race and, although it was quite a long way to travel, he wouldn’t be adverse to trying out some other Aspire Running Events in the future. Perhaps he’ll manage to secure that elusive 1st place trophy next time round. 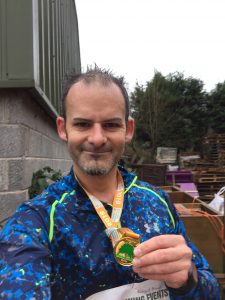