Rob Spencer and Emma Caplan chip in at New Forest 10 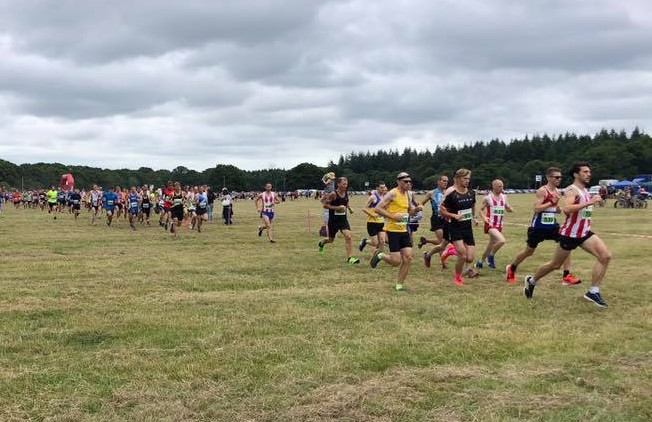 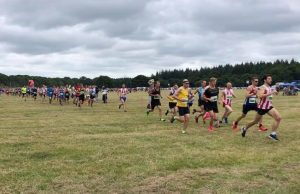 Pulling on the Bournemouth AC vest for only the second time, Rob Spencer lined up for the New Forest 10, with Emma Caplan also featuring in the mixed terrain event

Aside from being a competitive, mixed terrain 10-mile race, the New Forest 10 event had something for all the family, also featuring half mile and one mile fun runs for the kids. There was also a three-mile fun run for children over 14 and adults to take part in.

Emma Caplan went along with her kids and a couple of friends and their families, making the most of the prospect of a great family day out as well as the chance to test herself on the scenic yet challenging course.

Also in action in the 10-mile race was Bournemouth AC new boy Rob Spencer, who was featuring in only his second race for the club, after emerging victorious at the Purbeck 10 in a dream debut.

The question was, could he follow that up with another top class display in the New Forest 10? It was certainly a high standard field with the likes of Matthew Bennett and Matt Coffey, both of Southampton AC, vying for the top spot, amongst several other contenders.

Setting off pretty hard in the opening few kilometres, Rob felt that that pace might be a little too difficult to sustain for the duration of the race so held himself back after that.

With the leaders firmly in sight, Rob was able to maintain a fairly consistent gap between him and the two of them, right through the end of the race.

Crossing the line in a super speedy time of 55:07, Rob secured a comfortable 3rd place finish, with an average pace of 5:31. It was a really strong run from the former St Albans Strider and he’d managed to keep a good consistent pace throughout the remainder of the race after that fast start.

In fact, it wasn’t far off Rob’s 10-mile PB of 54:49 which was set on the road earlier this year so to get the time he did in a trail race was certainly a sign of promising things to come. 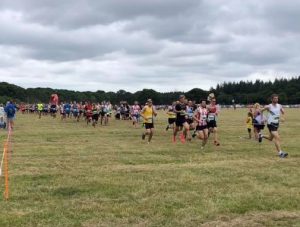 Rob had a brilliant run to take 3rd place in a time of 55:07, ahead of some high quality opposition

The Southampton pair of Matthew Bennett and Matt Coffey took 4th and 5th places, with Matthew completing the course in 56:55 and Matt clocking a time of 57:47.

Meanwhile, Emma Caplan was having a stellar run of her own, starting off a 6:15 pace for the first mile and holding an almost identical pace for the next three miles. She then passed the 10k point in 39:13.

It was only really miles 8 and 9 where she wavered slightly from the 6:20 pace marker and after a strong push to the line in the final mile, she crossed the line as 1st placed lady in a time of 1:03:28.

That put her in 21st place overall and gave her an impressive average pace of 6:21 for the run. In a total field of 803 finishers, 441 of them were female. 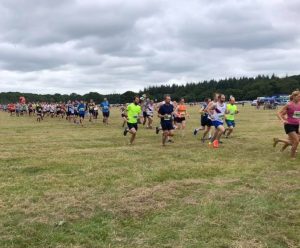 Emma’s nearest rival was over five minutes behind her. That was Hayley Yelling Higham who finished in a time of 1:08:53, putting her in 52nd place overall.

Although it wasn’t the easiest of courses, as you would expect from a race staged in the heart of the New Forest, Emma very much enjoyed the beautiful scenery you get there. She’d come prepared as well with a picnic to enjoy after the race and brought out the Pimm’s to round off a very successful day, all in all.

Unfortunately Emma picked up an injury after that and her knee swelled up so she is currently out of action and undergoing some exercises recommended by the physio to aid recovery.

Next up for Rob it’s the Sturminster Newton Half Marathon, which is the next Dorset Road Race League fixture. He’ll line up as part of an extremely strong Bournemouth AC men’s team that will be looking for maximum points.

Rob does have a wedding to attend the night before though so he could be suffering some after effects from that. What better way to cure a hangover though than running a half marathon in the fresh air of the Dorset countryside.