Round The Lakes, Broadstone Quarter, Banchory Fun Run and Parkruns 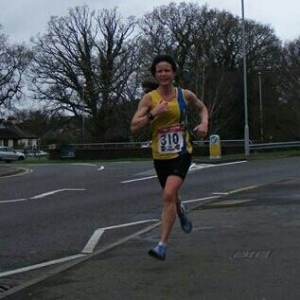 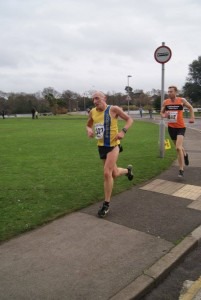 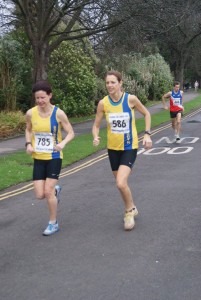 Nikki Sandell and Emma Dews – Round The Lakes

Meanwhile, in Royal Deeside, Aberdeenshire, Scotland, Ian Graham was running in a genuine fun run, ie, no registration (just a payment of £2), no times taken, no results, no prizes, which hopefully means he’s safe from a UKA ban for life from competition for running in an unlicensed event!  Ian was running with his niece’s husband (his ‘nephew-in-law’?), Dennis Perez, and despite the pouring rain (although quite mild) over 100 took part. 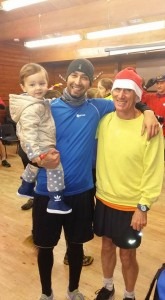 The Broadstone Quarter Marathon on New Year’s Day, even though it’s ‘the morning after the night before’, definitely is not a fun run!  As the first Dorset Road Race League event of the year it’s highly competitive!  Organised by Poole Runners, a total of 371 completed the course this year, 2016.  BAC won both the Open Mens’ and Womens’ team races, the mens’ team consisting of Peter Thompson, Karl Welch and Jon Sharkey, and the ladies’ team consisting of Emma Dews, who also won the 1FV prize, Nikki Sandell and Gemma Bragg.  So the ladies have made an excellent start to the DRRL year, but the men start the year in third position behind Poole Runners and Poole AC.  Graeme Miller, as BAC‘s fourth scorer, ran strongly, but, as so often happens,  we were missing the fifth scorer in the top 15/20 or so (but, hats off to our fifth scorer, Jud Kirk, who ensured we didn’t slip below third!).  The prizegiving for the race was followed by the presentation of the awards for the 2015 DRRL, when it was pointed out that the BAC mens’ team have won the Division 1 title for seven consecutive years, let’s see if we can make it eight!  The dates of the next two League races for your diaries are 7 February (Blackmore Vale HM) and 28 February (Bournemouth 10 mile).  As mentioned in the last report, individual DRRL 2015 awards went to Heidi Tregenza, Nikki Sandell, Gemma Bragg and Steve Cox.  Here are the full BAC results for the Broadstone Quarter: 2 Peter Thompson 36.25;  3. Karl Welch 36.35; 4. Jon Sharkey 36.38; 12. Graeme Miller 38.41; 31. Emma Dews 40.36; 61. Nikki Sandell 43.40; 62. Jud Kirk 43.42; 66. Gemma Bragg 44.16; 73. Steve Cox 44.45; 101. Ian Graham 47.31; 122. Caroline Rowley 48.40; 142. Dave Parsons 49.35; 210. Helen Ambrosen 53.28. 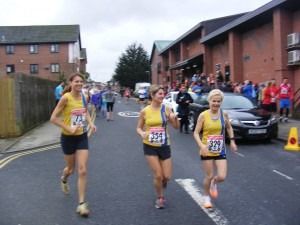 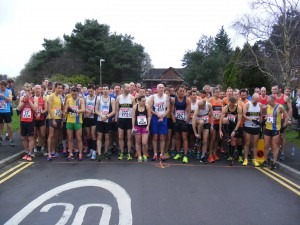 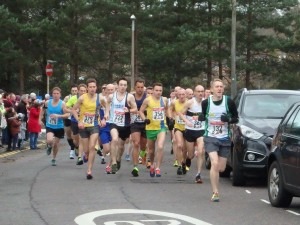 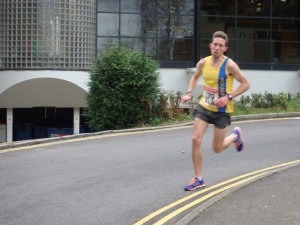 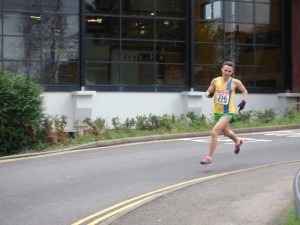 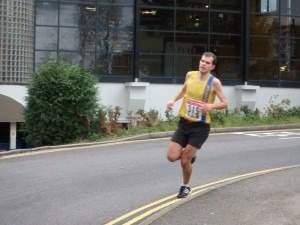 The Poole Parkrun on 25 December was apparently the third biggest Parkrun in the country to take place on Christmas Day.  Of 498 finishers, Sanjai Sharma was 14th.  The Boxing Day Bournemouth Parkrun attracted 260 participants, the BAC contingent being dominated by our youngsters.  Apart from Paul Dixon-Box, who finished third, all the BAC athletes were in the 11-14 age category, namely Tom Farwell, running the Parkrun for the first time, Amelie Scott and Emily Stonier.  Of the 207 competing in the Moors Valley Parkrun on Boxing Day, Chris O’Brien was 18th.  On New Year’s Day, Joe Price, and his Dad, Will Price were the only BAC athletes in the Bournemouth Parkrun, and in the Salisbury Parkrun BAC was represented by Andy Gillespie, who also ran at Salisbury the next day, 2 January.  Also running on 2 January, in the Bournemouth Parkrun, were Jud Kirk, Louise Price, Steve Cox, Ian Graham and Amelie Scott. 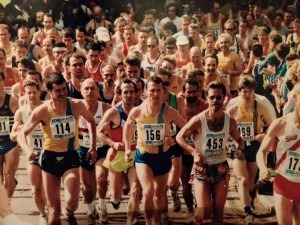