Sanjai and Graeme get themselves up for the Wokingham Half Marathon 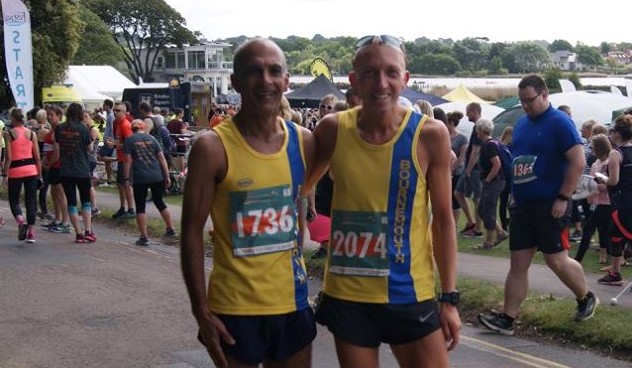 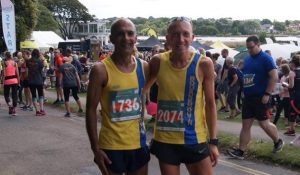 As a regular part of their London Marathon training routine, Sanjai Sharma and Graeme Miller were in action at the Wokingham Half Marathon

Usually serving as a key race on the road to London for Graeme Miller and Sanjai Sharma, the Wokingham Half Marathon presented them with the opportunity to assess where they’re at with their fitness in preparation for the big event.

Judging by the pace of some of the long training runs he’d been producing recently though, Graeme would have already known that he was running well and in good form. But of course, the proof of the pudding is being able to display it in races.

He had already performed well at the Junction Broadstone Quarter Marathon on New Year’s Day, finishing in 10th place that day and coming in ahead of some good quality Twemlow Track Club runners.

Unfortunately for Sanjai, his training hadn’t been going quite so well and he wasn’t feeling as positive. Work commitments and the atrocious weather conditions of late had made it very difficult for him to get in the quality or quantity of sessions he usually would.

Every year Sanjai takes part in the Bramley 20 as well which would have been a good training run for him and a good opportunity to gage his progress. Sadly that, along with many other races over the past few weeks, fell foul to the storms and was cancelled as a result.

That made the Wokingham Half Marathon even more important to him as it now represented his first chance of the year to test himself in a race environment.

That said, the Wokingham Half Marathon itself was also under threat due to the obscene amount of rainfall. In fact, on the Monday of the race week itself, some sections of the course were completely under water and bore more resemblance to a river than they did a road.

The race organizers were determined to do what they could to ensure the race went ahead though and even had contingency plan routes they could switch to if need be.

In the lead up to the race, Graeme found himself checking the weather conditions on what seemed like an hourly basis. He wasn’t looking forward to running in 45 mile-per-hour winds and was worried that Storm Dennis would scupper his chances of achieving his goal of a sub-80-minute finish.

Wokingham was actually the venue where Graeme recorded his half marathon PB of 1:15:38 back in 2015, so he knew it would be a good opportunity to go quick if he was feeling good. His last time competing in the race was 2018 where he recorded a time of 1:19:20.

The first mile of the route contained a bit of downhill enabling the competitors to get off to a ferociously fast start. Graeme went out hard recording a 5:43 first mile.

He soon found himself in a nice group and began ticking the miles off. He managed to maintain sub-6-minute mile pace for the next four miles.

The strong winds were playing havoc with his asthma though and he got dropped from the group he was running with. He dug in and worked hard to get back in contact with the group only to get dropped again a mile or so later when they hit another section of high winds. 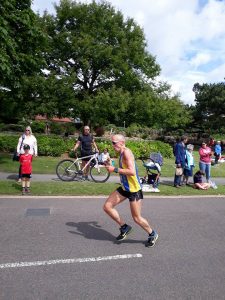 Although he had to combat Storm Dennis on the way, Graeme still managed to maintain a fast pace throughout the run

His pace was still pretty good though and he was going at just over 6-minutes-per-mile pace up to the 11th mile. At that point his left abductor tightened up though and he struggled to run over the last few miles.

As for Sanjai, he didn’t fare quite so well and ended up recording his worst half marathon time for quite a number of years. Crossing the line in 1:28:19, he finished up in 332nd position overall. That put him 18th out of 142 in the M55 category. 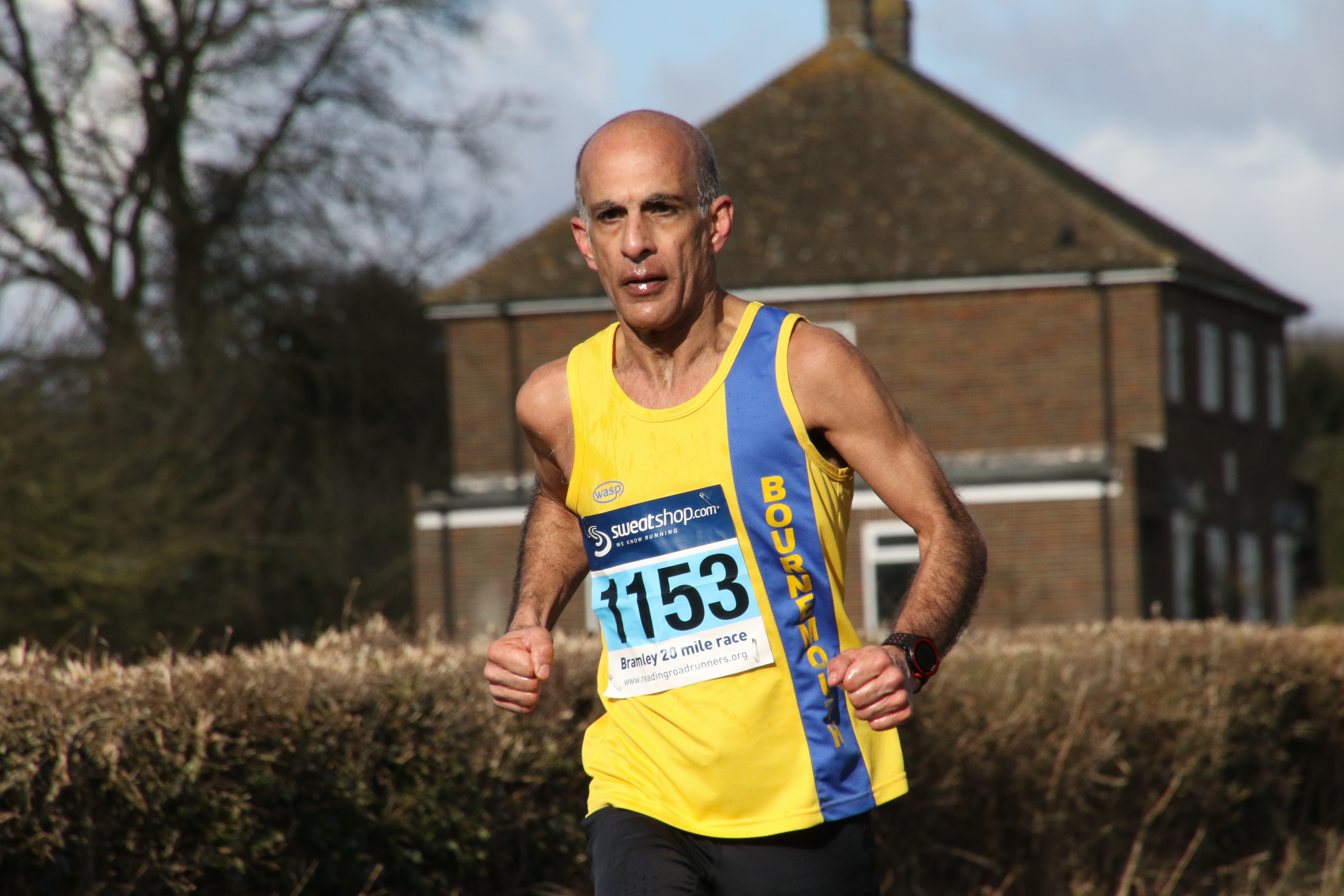 Of course that’s still a time that most runners would be pleased with but for Sanjai, he’s used to performing at a much higher level.

Hopefully once the weather improves a bit he’ll be able to vamp his training up though and there is still plenty of time for him to get into reasonable shape, if he’s able to get a decent block of sessions in over the rest of the month and the beginning of next month.

Although really he should really be happy to achieve what he set out to, when Graeme reflects back on it, there is still a tinge of frustration there as he knows he could have gone faster had it not been for his abductor tightening and his asthma.

If anything, it’s a good sign though that, even after such an impressive performance, there is still scope for him to get faster. That can only bode well for his London Marathon prospects when the big day arrives. 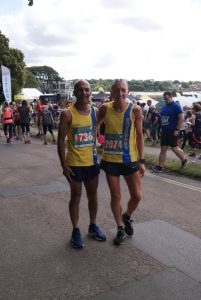