Sanjai at Stubbington, Simon at Swanage and Stu at Skyline 10k 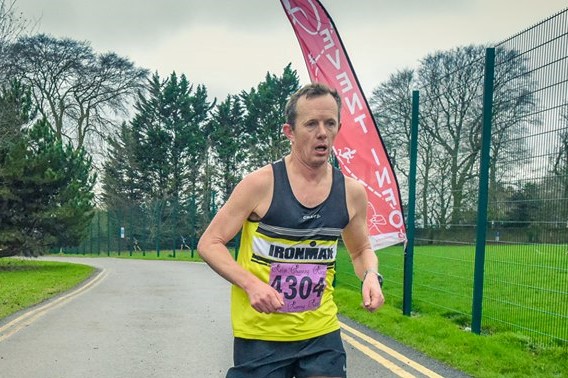 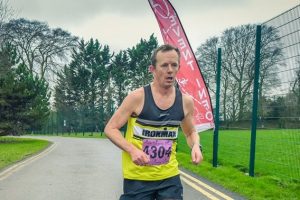 There were a few different 10k races taking place over the weekend featuring a few different Bournemouth AC members. Sanjai Sharma returned to make his regular annual appearance at the Stubbington 10k whilst Simon Hearn opted to battle the hills of the Swanage 10k.

Going the furthest afield though was Stuart Glenister, who tried his hand at the Skyline 10k over at Bath, which was put on by Relish Running.

It was the seventh time Sanjai has entered the Stubbington 10k over the past eight years so he’s something of a regular at that particular race. In fact, he’s practically part of the furniture.

Over the past few seasons his times in the race have been remarkably consistent. That’s actually a bit of understatement in truth. They’ve all been within four seconds of each other, which is pretty incredible.

In 2016 he crossed the line in 37:13. He then followed that up In 2017 with a time of 37:14. Then last year he clocked a time of 37:17. Not only are these extremely consistent times, they are also highly impressive and netted Sanjai at least a top three place in his age category on each occasion in a large and competitive field. 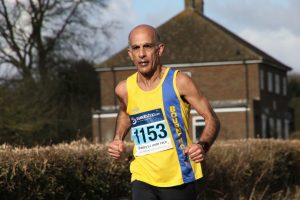 Sanjai Sharma was back at the Stubbington 10k, a race he does virtually every year and has performed extremely well in on the past few occasions

After competing in the Valencia Marathon in early December, where he recorded a very good time of 2:49:24, Sanjai had had a bit of a lay off. Then after that it was Christmas so he knew it would be a tall order to replicate the times he’d produced over the last three years.

Despite not being at the peak of his powers though, Sanjai ran his mile splits pretty consistently and crossed the line in 120th place, posting a time of 38:13. That meant he was only a minute off what he would normally expect to do at the Stubbington 10k.

It was also enough to earn Sanjai 2nd place in the Vet Male 55-59 category so he was pretty pleased with that, all things considered.

It was the 34th year running for the Stubbington 10k and the fast, flat course and picturesque scenery make it a big draw for runners from around the south coast area. It is also a Hampshire Road Race League fixture, thus attracted many top level runners from the Hants based clubs involved. 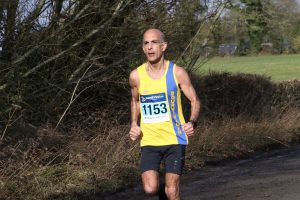 After taking a bit of time out after the Valencia Marathon and over the Christmas period, Sanjai wasn’t quite in the shape he’s usually in at the Stubbington 10k

The race begins in the heart of Stubbington village and takes the participants through a loop of country lanes, wide open fields and scenic coastal roads.

In total there were 1,744 finishers, underlining what a hugely popular race the Stubbington 10k is. George King is Winchester & District AC picked up the win in a time of 31:37, narrowly fending off competition from Steve Gallienne of Bideford AAC who was 2nd in 31:46.

Max Costley of Southampton was 3rd in a time of 32:33, just ahead of City of Portsmouth junior Jacob O’Hara who finished 4th in 32:51. 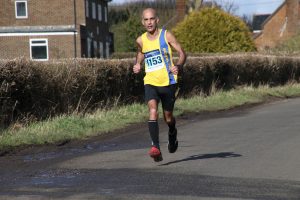 Elsewhere Simon Hearn was over on the Purbeck for the Swanage 10k. Recognising that he needs to work on his hill running which he feels is an obvious weakness, races on the Purbeck are certainly a step in the right direction toward addressing that.

Taking part in the recent South West Inter County Cross Country Championships at Aldon Hill in Yeovil, where he was selected to represent Dorset, Simon had already had exposure to a very tough, hilly race so far this year.

Although he struggled to cope with the severity of the inclines, it was a very good training run to do in preparation for the Swanage 10k.

The Swanage 10k is a road race, starting and finishing at Swanage Town and Herston Football Club. The route goes through the town of Swanage, taking in the illustrious countryside and the seashore.

There very few flat sections on the course as Simon worked his way round it. It was virtually a constant stream of undulation, either going uphill or heading back down. 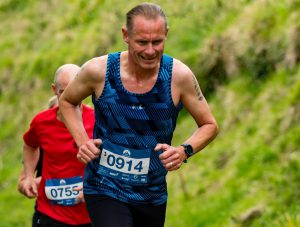 Often shying away from hills, Simon Hearn decided to throw himself in the deep end at the Swanage 10k

Tackling the inclines well though, Simon had a good run and was very pleased to cross the line in 18th place with a time of 40:09. That also meant he was 3rd male vet to arrive at the finish.

The race did actually attract a fairly competitive field, with Lee Dempster of Lytchett Manor Striders emerging as the victor, registering a winning time of 33:31.

The runner up spot went to Tristan Cooper who finished in a time of 33:47, with Lee’s Lytchett teammate Tom Andrews taking 3rd place in 35:46. Barry Miller of Poole AC was 4th in a time of 37:18.

Ironically, even though Simon doesn’t really like hills and usually avoids them wherever possibly, he does actually run a session for the junior development group on Sundays where he takes them over to Hengistbury Head for a bit of hill training. This has proved a big hit with the kids at Bournemouth AC with many of them showing a surprising keenness to practice on an incline. 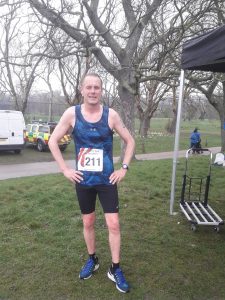 Simon ran well, completing the course in a time of 40:09, which was good enough for 18th place and 2nd vet male

Meanwhile, over in Bath, it was the Skyline 10k for Stuart Glenister. Stu has recently transferred over to Bournemouth AC as first claim from Zoom Tri and will no doubt prove a valuable member of the team going forward.

Having already represented Bournemouth AC in a few of the recent cross country fixtures, including the South West Inter County Championships, Stu enjoys the thrills and spills of competitive racing and isn’t afraid to put himself in front of a tough hill or two.

That’s probably a good thing because, as you would expect from a race staged in Bath, it was a very undulating route. There was also a tough headwind to contend with on the only open section of the course.

From Stu’s perspective it was only a bit of fun really but he got stuck in though and managed the testing inclines very well to complete the course in a time of 44:22 which put him in 5th place overall.

That was a pretty decent result for Stu in a field of 249 competitors, although there were only around 30 club vests amongst them. He was also 2nd in the Male 40-49 category.

The route went from the university and featured a marvellous mix of woodland trails, meadow paths and muddy sections. It also included some fantastic viewpoints of the city along the route.

The race was won by Themis Bower from Team Bath, who is a Junior Male. He clocked a phenomenal time of 39:44 to come in 11 seconds ahead of Simon Marchant of Southville Running Club.

Third place went to Alex Hamblin of Westbury Harriers in 40:28 with Tim Lerwin of Avon Valley Harriers taking 4th in a time of 43:24.

The first female to finish was Lizzi Pitt who crossed the line in 22nd place, clocking a time of 49:54. She was followed by Sian Jones of Parc Bryn Back who registered a time of 52:03, with Rachel Cole finishing as 3rd female and 1st Under 20 in a time of 52:17.

As well as a 5k and the 10k race the Stu participated in, there was also a 500m race for the kids and a 5k and 10k Canicross races for people to compete in with their dogs. The event featured 5k and 10k Skyline night races held on the Saturday evening.

For the night races all runners had to ready themselves with a head torch so they can find their way through the dark and the route was marked out with glow in the dark arrows, reflective spray paint and glow sticks.

Next up for Stu is the Bustinskin Dirty Devil Stampede which is held on the army tank training grounds at Bovington. The Dirty Devil course is notoriously rough and rugged and usually features some fairly deep water sections. 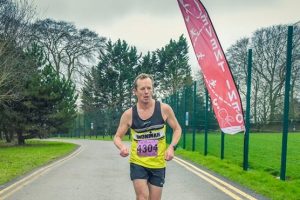