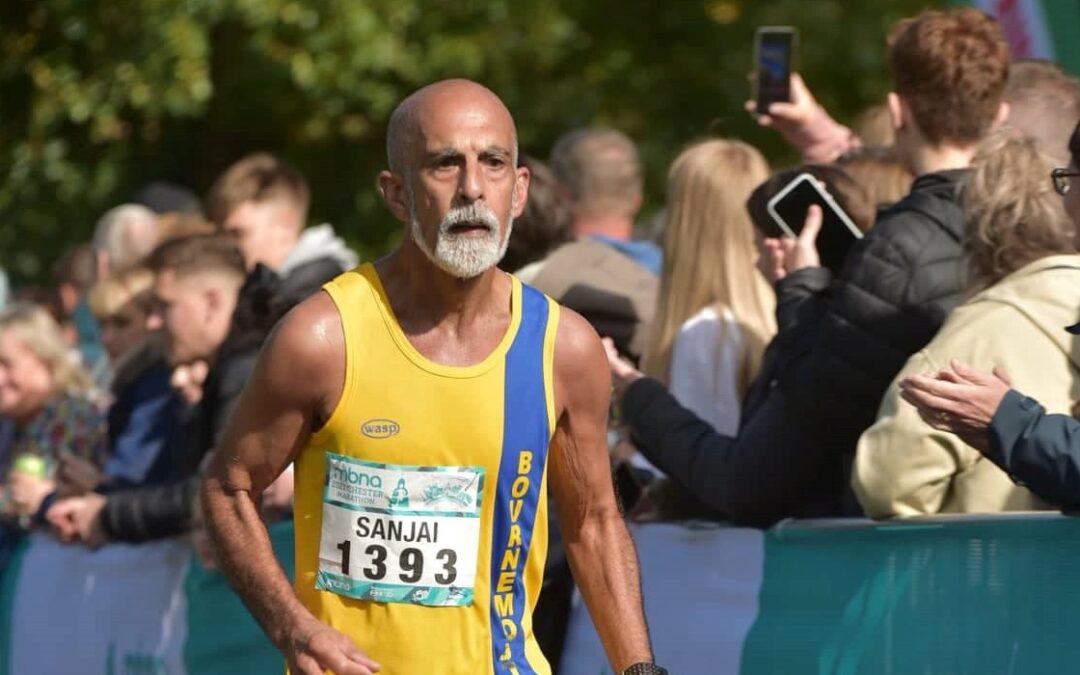 With Manchester Marathon just around the corner, experienced campaigner Sanjai Sharma has been sharpening his speed and stamina before the big day.

After recording a 1:30:45 at the Wokingham Half Marathon, Sanai was back in action again at the Paddock Wood Half Marathon in Kent, in the hunt for a sub 1:30 finish.

Although he was fairly pleased with his time at Wokingham, Sanjai is always hankering for further improvement and he certainly wasn’t happy about only coming 16th in his age group. Thus, he brought with him a steely determination for a better result at Paddock Wood.

Sanjai has of course run some very fast half marathons in the past, setting his best time of 1:20:53 at the Puddletown Plod in 2016. That was the very same year he produced his best ever marathon time as well of 2:44:42 in London.

Of course, he’s some way off that form at the moment so he has to keep his expectations realistic considering his current state of fitness. That doesn’t mean he won’t push himself to achieve the best result that he can a current moment in time though and he will no doubt be doing that at Manchester. 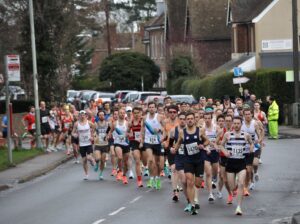 The Paddock Wood Half Marathon gets underway

The Paddock Wood Half Marathon features a fairly flat route but it was quite breezy on the day so that was something Sanjai had to account for.

He played it pretty well tactically, tucking in behind the pace makers. He was having to work quite hard to stay with them but he managed it well and got over the line in an impressive time of 1:29:06. That put him in 177th position in the overall standings, out of 1,262 participants.

It was also good enough to see Sanjai finish 2nd in his age category, with only Gregory Normal of Canterbury Harriers able to better that. He came in at 1:28:06.

Alexander Lepretre of Highgate Harriers tore up a course record that had stood since 2013 when he raced round in 1:04:38 for a resounding win. Nicholas Torry of Serpentine came in 2nd place in 1:06:14 and Guildford & Godalming man John Sanderson snatched 3rd in 1:06:44.

The top ten runners were all inside 70 minutes and there were 49 runners finishing under 75 minutes, underlining how strong the field was. 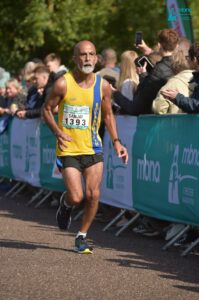 Getting very close to the women’s course record, Chloe Richardson of Royal Air Force flew round in a time of 1:13:47. That made her first female and 38th place overall.

The next lady to complete the course was Laura Smith of Hallamshire Harriers and Sheffield AC and she finished in 1:16:02. That put her in 57th place overall.

Helen Gaunt of Tonbridge AC was 3rd quickest woman, getting round in 1:17:46 which put her in 65th place and she was also first female vet.

For Sanjai, it was a good confidence boosting run ahead of Manchester should make him feel slightly more optimistic about his prospects there.

Before that though, Sanjai will be representing the club in the SEAA 12 Stage Road Relays. That will provide another good opportunity to sharpen his speed in preparation for his impending marathon.