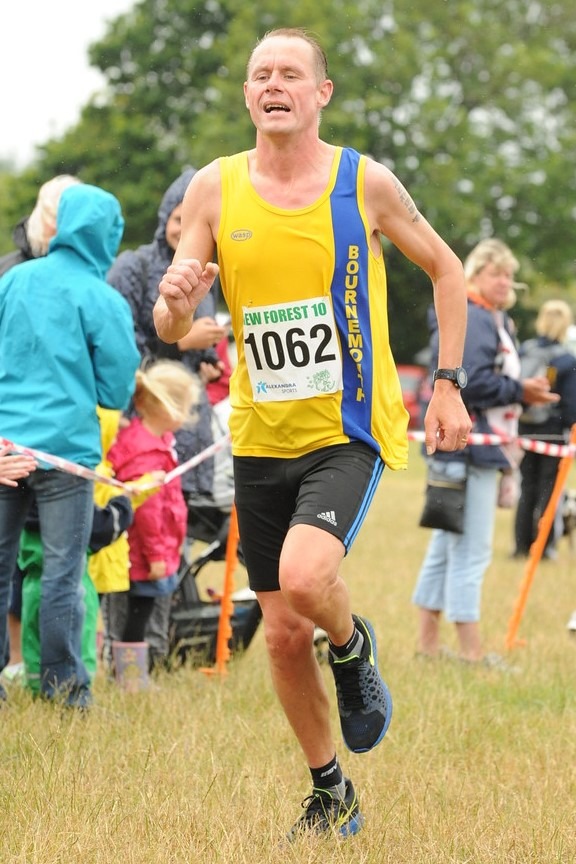 The Maverick inov-8 Original Hampshire was an event that consisted of three races of differing distances. A Short race – which was 6km route, a Middle distance that was 13km and a Long race that was 22km. The Hampshire edition was held in the New Forest, starting out at the Avon Tyrell Activity Centre.

Although the Maverick inov-8 Original events are typically quite low key affairs, this one attracted two Bournemouth AC members. Simon Hearn took part in the Short race, whilst Ollie Stoten entered the Long distance one.

In the build up to the race, Simon wasn’t quite sure what to expect. He’d looked at the results from the previous year and seen that the times were not as quick as he would expect for go for a 6k race. But that kind of made him think, perhaps it’s a really tough course or extremely hilly. 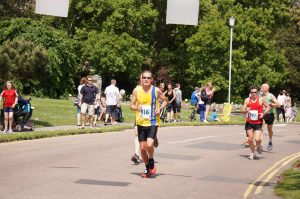 In fact, the route was comprised of varying types of terrain, from open pastures and heavy woodland and heathland. Whilst negotiating the trails, there is plenty to keep the runners occupied in the New Forest, with ponies, donkeys and cattle roaming freely on the land and there’s also a good chance of catching a glimpse of a wild boar or fallow deer. Snakes and lizards are also frequently spotted in the undergrowth.

Before the race, Simon had been offered the chance to run in a pair of inov-8 trail shoes, on a trial basis. Since it is inov-8 that organise the event, they bring some test shoes with them to allow runners the opportunity to give them a go and see how they feel. Then of course, if they like them they can go to the store and buy a pair afterwards.

Opting to take them up on the offer, Simon laced up the new pair of trail shoes and got ready to race. It was pouring down with rain that morning, so the surface was quite slippery, meaning having the right kind of footwear with some good grip would be quite crucial.

The races for all three distances began at the same time, so the runners from each were at first intermingled. Simon set off at a reasonably quick pace since he knew it was only 6k he had to do.

At first there was a group of about 6 to 8 runners in front of him. As they reached the first corner though, there were arrows directing the runners to go a certain way, depending on what distance they were doing.

As he turned to the left, Simon noticed that all those who were ahead of him had turned right. He did some quick maths and deduced that he must be in the lead.

Running at a comfortably hard pace, he kept on advancing and soon realised there was no one in sight behind him. He knew that if he could keep this up, he’d be in line for the win.

There were a couple of tough hills on the route and, knowing that inclines are often a weakness of his, Simon was half expecting some to come and catch him up on the elevation. But still, there was no one to be seen.

As he approached the latter stages of the race, Simon started to wonder if he had taken a wrong turn somewhere and got lost. Since there was no one else a round, it was a bit of a worry. But he kept pressing on and made to the finish.

When he arrived, there seemed to be no one around. He then went a spoke to one of the people working there and they looked surprised to see him. It turned out they weren’t expecting anybody back for a good few minutes.

For Simon, it was really pleasing to know that he had won the race, and as it turned out, he’d done so with a very convincing margin. His time was 21:44. The person who finished 2nd in the race came in 2 minutes and 27 seconds later in a time of 24:11.

It came as a bit of a shock to Simon, as he wasn’t expecting to win the race. It was a very nice surprise though and will be a good confidence booster to him going forward. 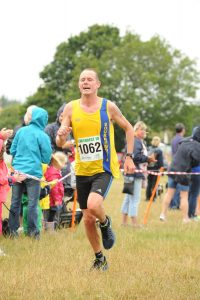 As it panned out, Simon won the Short distance race by a handsome margin of almost 2 and a half minutes

When he spoke to the guy who had given him the trail shoes after, like a true salesman, he told Simon that he must’ve been down to the footwear!

Later that day, Simon did actually decide to take a trip down to the store and did end up buying some of the trail shoes he had tried out, along with some other running gear, so the idea of inov-8 to let the runners try the footwear out clearly did work, at least in Simon’s case anyway.

Next up for Simon it’s the Reading Half Marathon, an event he’s been training quite hard for over recent weeks and judging by his performance in the Maverick inov-8 Original, he has every reason to be optimistic.

Coming into the race off the back of a 26 mile run the previous weekend at LDWA New Forest Challenge, where he finished way ahead of the rest of the field, Ollie had every reason to feel confident in the longer distance race. 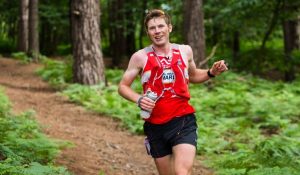 It was 22k in length, so slightly further than a half marathon. Unfortunately though, the marked out route appeared to be different than the GPS route they had been provided with beforehand.

That caused some confusion amongst the lead runners and Doctor Ollie ended up having to stop on some occasions and do some route finding. This was a bit annoying but he was only really treating it as a training run anyway, so it wasn’t the end of the world.

Despite the orienteering, Ollie managed to make it to the finish, completing the course, or the route he had taken at least anyway, in a time of 1:31:19. This put him in 6th place overall.

When you factor in the confusion of the course, that is actually a really good time from Ollie on a tough off-road surface in very wet conditions. His average pace for the run was 6 minutes 38 seconds per mile, which is very strong over that kind of terrain.

As it turned out, Ollie was only 4 minutes behind the winner of the race, who was Chris Southern. He had a look at Strava after the race and saw that everyone seemed to have different finishing distances, which didn’t surprise him after what he had experienced. Nevertheless, he’d run harder than he would have in training, so all things considered, it was a good run out. 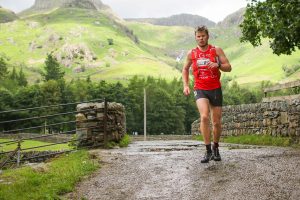 Despite some route finding issues, Ollie had a decent run out, finishing in 6th place with a time of 1:31:19