Simon Hearn cracks it at Cambridge Half Marathon 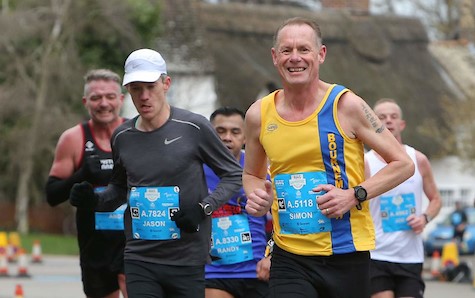 When considering places to go and visit and perhaps run a half marathon whilst you’re there, Cambridge is certainly up there with the best of them. It’s an amazingly picturesque place, with so many historical buildings and places of interest to pass by, including the two iconic colleges of the University of Cambridge. And there’s one other aspect that may have attracted Simon Hearn to it and that is that the half marathon course is very flat and perfect PB potential.

What Simon tends to do is, pick out a race he’d like to do, preferably with a flat, fast course. Then with his main target race identified he will train hard for it for 12 weeks, following a plan of some sort to help him achieve his goals. And more often than not, that approach seems to work and he invariably gets the results he’s after.

That said, it had been a while since he’d attempted a half marathon PB. It was back in September 2019 that he recorded his best time yet, which was 1:27:18, so that was the target he was looking to beat. 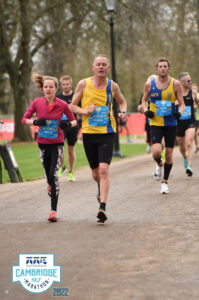 Now being 53 years of age, what Simon had began to find is that he has to train even harder to get the same results as he would have when he was younger. Hence, he has to pour more into it and invest more effort in order to achieve what he wants. But he thrives on that because he knows it’s a great feeling when you’ve trained really hard for something and then it all comes together and you hit your goals on the day.

That’s what he was hoping would happen at the Cambridge Half Marathon. He knew it wasn’t going to be easy though and he would have to get the strategy right and be disciplined in order to get the best out of himself. 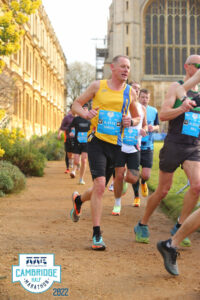 As part of his training for the event, Simon also signed up for Maverick West Sussex ‘Long’ race, which was a 22km off-road route. In that race Simon finished in 35th place out of 267 runners and was 4th male vet 50. Simon has been doing a fair bit of trail running recently and has been really enjoying it.

All was going smoothly until three weeks out from the race he caught covid. He didn’t let it stop him training but he got worried it would effect his race as his chest was a bit tight. 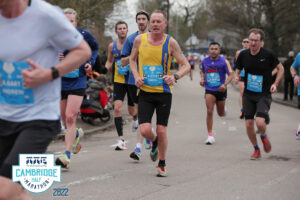 When it came to the weekend of the race he had booked a hotel for the night before and travelled up on the Saturday to do some sightseeing. His plan for the race was to run at a certain pace for the first eight or nine miles then push on from there. 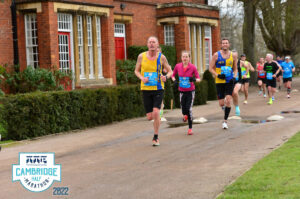 His strategy worked well and he executed it very well on the day, feeling really strong after the nine mile point. Finishing in a time of 1:27:12, he managed to eclipse his previous best by six seconds. He was absolutely over the moon with that as he’d wondered whether he’d ever get near his Maidenhead time again. But with hard work and dedication, he’d nailed it. 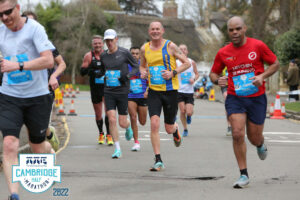 Simon was happy to be in top form once again

Nick Bester confirmed that he was indeed, better than all the rest, winning the race in a super quick time of 1:06:19. Christopher Thomas of Thames Valley Harriers was 2nd in a time of 1:06:30, with Alex Milne of Hercules Wimbledon taking 3rd in 1:06:39. It was quite a high standard at the front end of the field, with 16 athletes coming in in under 1 hour 10 minutes. 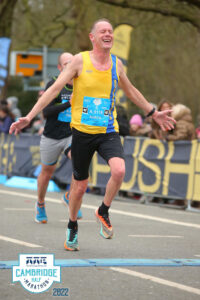 Simon has already booked in for the Bath Half Marathon in May so that will be his next big target. He’ll be hoping he could have a chance of improving on his PB even further in that one and knowing Simon and his work ethic, there’s every chance he will. 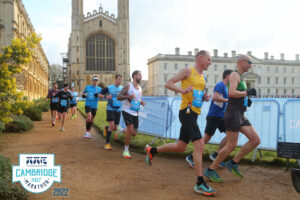