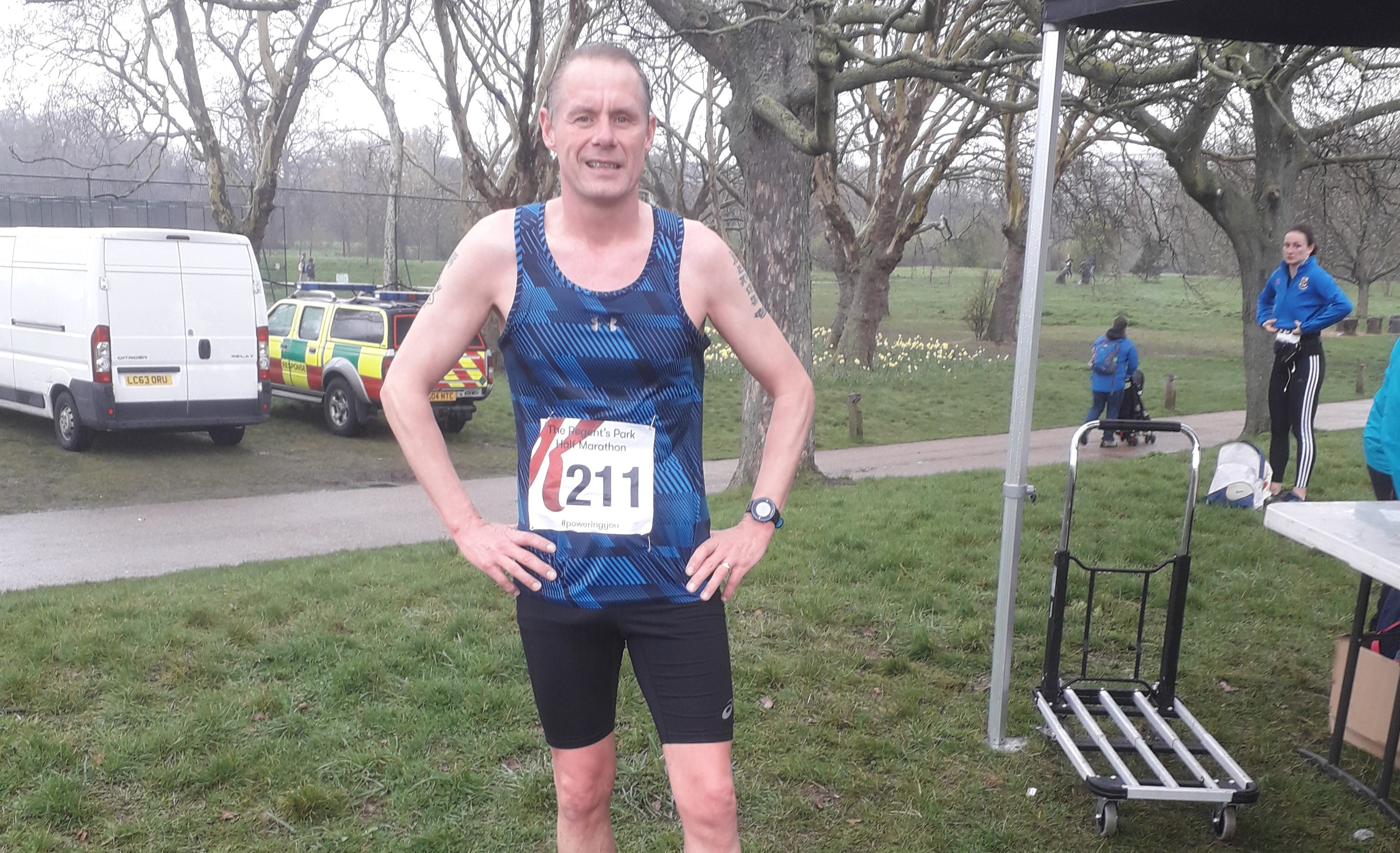 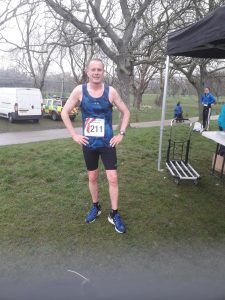 After the previous race he’d signed up for, the Reading Half Marathon was abandoned due to snow, Simon Hearn opted to go for the Regents Park Half Marathon instead

The Regents Park Half Marathon was a contingency plan for Simon Hearn after his target race, which was the Reading Half Marathon, was abandoned due to snow a few weeks back. Simon had even travelled up to Reading the day before and had booked to stay the night at a hotel so as it turned out he’d had a wasted journey.

Although he was disappointed that the race had been called off, Simon knew that it couldn’t be helped and it was all down to circumstances beyond the control of the race organisers. Of course, safety always has to come first in these situations.

That said, he didn’t want to let all the training he had done for the Reading Half Marathon go to waste so his response was to quickly line up a replacement race. That’s how he found the Regents Park Half Marathon.

It was billed as a fast, flat course which Simon thought would probably suit him well. As the day of the race arrived conditions were pretty good. Certainly better than they were at Reading a few weeks prior anyway! There was no wind present and only slight drizzle to content with.

On the whole Simon felt good, although he had a few slight niggles. The field consisted of around 300 people and the course was five laps of Regents Park, with each lap measuring at roughly 2.5 miles.

Simon started off okay and felt fairly strong. On the first lap though, he found that, although the course was supposed to be flat, there were a few undulations. He then thought “Pants! I’ve got to do this five times!!”

Despite that though, he managed to stay on pace and was running with the 1st lady up till mile 8. At that point he started to flag a little and his pace began to drop. He knew then that he’d have to make up some time if he was going to get a sub 1:30 time. Unfortunately though, he just didn’t have it in him. He got to mile 10 and then just had to hang on for the remainder of the race.

Once he’d finished his 5th and final lap, the race was complete and Simon crossed the line in a time of 1:31:28. That put him in 39th place overall and he took 7th place in the MV40 category, so not a bad result for Simon , all things considered.

Simon tends to be pretty consistent with his running and always looks to stay under 1 hour 32 minutes for a half marathon so he achieved that target. Finishing under 1:30 is always a bonus and he’s done that on many an occasion. This time it was not to be though.

His split times for each lap illustrate how he began to tire as the race went on and slipped off his earlier pace. He completed the first lap in 17:34 and the second lap in 17:42. The third lap was slightly slower at 18:05 but still roughly on track.

He still enjoyed the race though and was relatively pleased with the result. He said he didn’t think he’d do a multi-lap half marathon again though as he found it a touch repetitive. On the bright side, though, he got to know Regents Park very well!