Simon Hearn lands in Normandy for The Pegasus half marathon 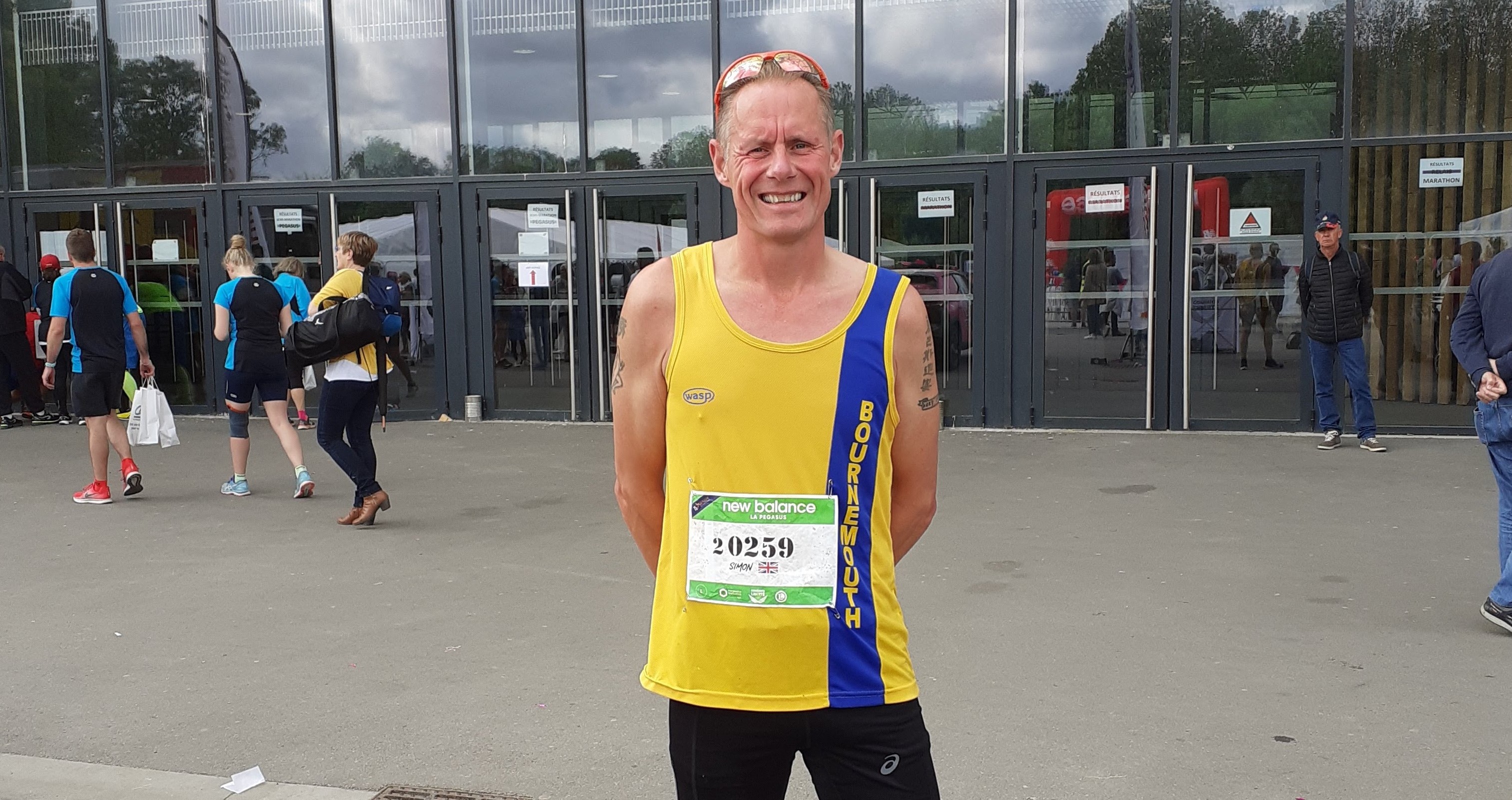 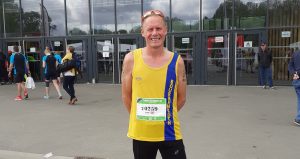 One week on from all the 75th anniversary of D-Day celebrations and memorials, it was a great time for Simon Hearn to arrive in Normandy.

His main focus was on the Normandy Running Festival though and Les Courants de la Liberté (The Courts of Freedom) where he would take on Le semi-marathon Pegasus.

The Normandy Running Festival is based on the D-Day theme and it’s fitting to stage Les Courants de la Liberté at the location of the battleground where so many of the allied forces gave their lives to fight for the freedom and sovereignty we enjoy to this day.

The Pegasus half marathon was a big target race for Simon and he’d spent several months working to a set training programme that he’d found online and looking to get in the best possible shape he could for the event.

Simon loves to experiment with different training plans and sees them as a way of freshening up his approach and keeping it interesting. It’s also a means of challenging himself and pushing himself to that next level.

For this particular training plan, the indication was that it was working well for Simon. The previous month he’d secured a new 10k PB at the Royal Berkshire 10k in Reading which came out of the blue. It was a huge boost for Simon as it revealed that he was in great form and gave him confidence that he could do well in The Pegasus.

There are no guarantees of course though. He still needed to produce on the day and brought with it some level of pressure. He was going all out for a PB though, which would mean he had to at least get under 1 hour 29 minutes.

His plan was to stick to just under 1:30 pace for the first 10 miles and then just push on from there with everything he had. It was a hot day but there was a slight breeze which helped prevent too much suffering.

Staying with the 1:30 pack for the majority of the race, Simon was itching to pick up the pace at mile 8 but held back and played it safe. He felt good going along at the pace he was running at and didn’t want to rock the boat at this point. He was in his comfort zone and it seemed that all the hard training was paying off.

He’d controlled the pace well and when it was time to go, he accelerated away from the 1:30 group and showed amazing strength. He’d executed his plan extremely well and it was all falling into place.

Sure enough, it turned out to be a fantastic new PB for Simon as he went across the line in 1:28:35. That put him in 126th place in the overall standings in a field of nearly 4,000 people. In his age category, he finished 12th.

The standard of the field was incredibly high as well, with Paul Koech winning the race in a time of 1:05:31. He was followed by Dieudonne Nsengiyumya who finished in 1:06:09 and Loic Letellier 3rd in 1:07:47. In fact, five men went under 1:10, which is pretty impressive.

It was a cracking result for Simon though and thoroughly deserved after everything he’d put into it. He was overjoyed with his new PB. I hindsight, he could have got an even better time if he hadn’t played it safe. That’s okay though as he knows now that he has the potential to go even faster.

To still be able to produce a personal best after eight years of running is really quite remarkable from Simon and it just goes to show, if you really put your mind to something, it’s amazing what you can achieve. 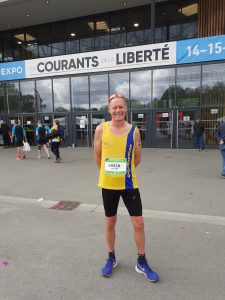