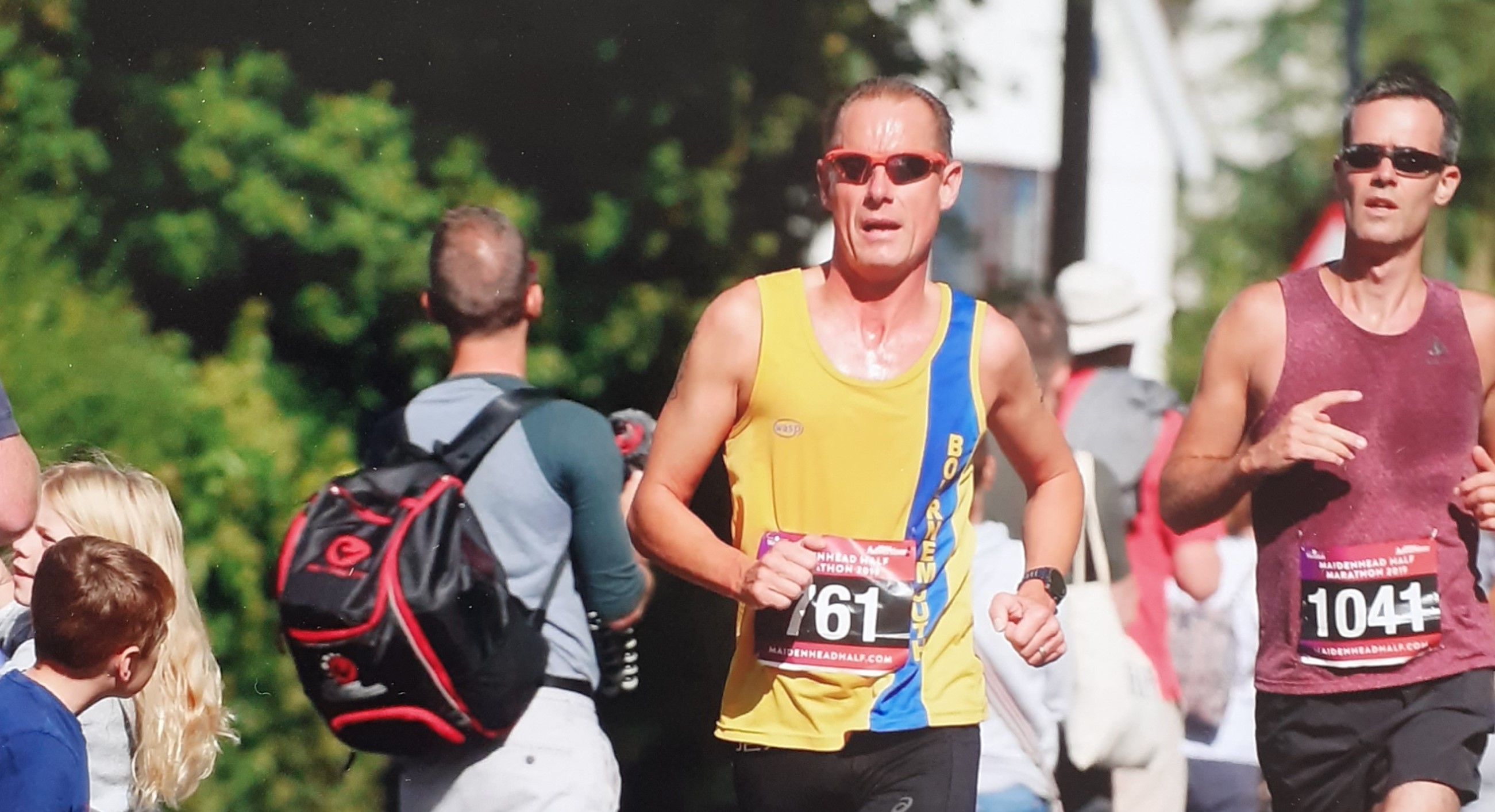 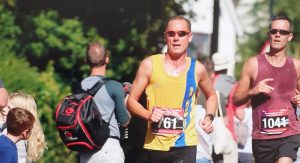 So far this year Simon Hearn had achieved both a new half marathon and a new 10k PB. Could he do it again though at the Maidenhead Half Marathon? He was certainly going to give it all he’s got either way

It’s fast, it’s flat and it’s ferocious and it has been known to, on occasions, provide a fairytale foray for runners looking to inscribe a new PB onto their Power of 10 portfolio.

That’s exactly what Simon Hearn was hoping to when he travelled up to Berkshire for the Maidenhead Half Marathon. And with good reason as well.

He’d already secured a half marathon PB at Les Courants de la Liberte in Normandy earlier in the year, weighing in with a magnifique time of 1:28:35. He’d also recently recorded a new 10k PB of 39:04 at the Royal Berkshire 10k in Reading, so he’s clearly been a man in form of late.

His recipe for success was basically to select a target race first and foremost, then to find a training plan for whatever sort of time he was looking to complete it in, then to absolutely throw himself into that training plan.

That was Simon’s way of getting motivated for the task at hand and ensuring he arrives on the day of the event in the best shape he possibly can and confident that he can achieve the result he is setting out to attain.

It’s certainly a technique that appears to be working for Simon and the fact he’s running fast than he ever has before despite being in his 50’s shows he must be doing something right.

Of course preparation is one thing and Simon has certainly being doing his due diligence on that. However, actually executing the plan on race day and dealing with all the pressure that comes with it is never easy, no matter how well you’ve trained. You have to have nerves of steel and possess that inner belief in yourself that you can do it.

Having previously recorded a half marathon PB at Maidenhead a few years back, Simon has some good memories of the place already. This time he was hoping for the same again on his return.

The race starts off and finishes at Maidenhead town hall where the race village is set up. It is run on closed roads around the town and surrounding villages.

There was a Masters Championships for half marathon taking place as well which meant that the standard of the older runners competing was extremely high. That really helped to spur Simon on as he was on his way round.

He found himself running at around 6:38 pace for the most part of the run and it felt comfortable for Simon. Even though he’d never gone that fast over the duration of a half marathon before, he felt strong and always in control.

There were a few little battles he had within the race as well which helped him sustain a high intensity as he progressed along the course. Simon could scarcely believe it when he arrived on the finishing straight and saw the clock tick down to 1:27:47 as he cruised over the line.

He already knew it was a PB but when his official chip time came through, it was confirmed at 1:27:18. That was over a minute quicker than his time at Normandy in June. That was an extremely impressive improvement in the space of two-and-a-half months.

That stellar performance put Simon in 238th place in the final standings out of 1,573. In the MV50 category he was 32nd out of 196, which was a terrific result, especially considering the Master Championship that was taking place.

All the hard work in training had paid off for Simon and he was absolutely buzzing about how it went. He’d delivered the performance of his life and it was there for all to see.

It was now time for a bit of rest and reflection for Simon before he begins to contemplate what his next big challenge will be. He’ll certainly be enjoying the moment for quite some time yet though as he looks back fondly on a perfectly executed race. 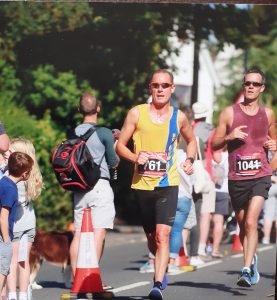 An extremely polished performance from Simon saw him carve out a brilliant new half marathon PB of 1:27:18