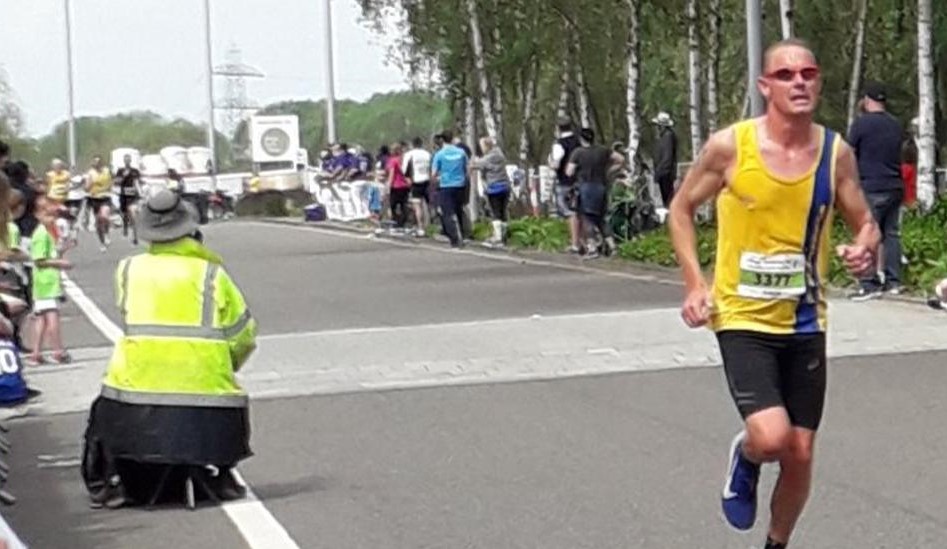 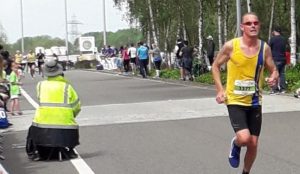 Simon Hearn went over to Green Park in Reading for the Royal Berkshire 10k – a fast, flat route that was made to measure for his preferences

Choosing the Royal Berkshire 10k as a feeler race to find out where he’s at with his fitness, Simon Hearn was hoping for a confidence boosting run ahead of his main target race which is a half marathon in Normandy next weekend.

With a brand new training plan, Simon has been training really hard over the past eight weeks to get into the best shape possible for his half marathon and he’s well and truly rediscovered his running mojo in the process.

Simon loves to mix it up with his training, constantly looking for interesting new training plans once he’s set himself a target race to aim for. He finds the variety of varying the sessions up and doing a different plan helps him get motivated and push on to the next level.

He did have a bit of senior moment in the build up to the race when he entered the May 5 race in Canford Heath which, it turned out, was on the same day as the Royal Berkshire 10k.

Fortunately the May 5 was a league race though so it was quite easy for find someone for Bournemouth AC who could take his place for that one, leaving Simon to concentrate on the 10k he’d originally set out to do.

The Royal Berkshire 10k was held at Green Park in Reading and was a flat, fast and friendly race with a single lap route. It was a nice sunny day as well and with his fitness looking good, everything was in place for Simon to go well. Could he deliver on the day though, that was the question.

Setting his virtual pacer to a speed that would see him complete the race in just under 40 minutes, Simon started off much quicker than that. In fact, for the early part of the race he was going at 6:15 pace.

It felt good though and even though it was faster than he’d planned, he felt really comfortable to that pace so decided to stick with it. As the race progressed, he found he was able to stay at that pace and that surprised him somewhat.

For the majority of the race he’d been running with a group, but because he was feeling so strong, he was able to pull away from them in the last mile. Arriving at finish in a tremendous new PB time of 39:04, it was a performance that shocked even Simon himself.

His previous best time was 39:29 which he did at Bournemouth Bay in 2017. He’d now just eclipsed that by 25 seconds. It was a fairly significant margin.

Although he was really satisfied with the run, there was a part of Simon that was now thinking, if only he’d pushed a little harder he could have got a sub-39 time. That is one that will surely be on his mind next time he does a 10k though.

It was probably good in a way that he didn’t realise he’d be getting so close to 39 minutes though as he’s most likely kept something back for his half marathon next weekend and that is the most important thing for him right now.

His aims for the race in Normandy will simply be to get a sub-1:30, which is something he always targets in half marathons. In the form he’s in now though who knows? Perhaps he could be in line for another PB. 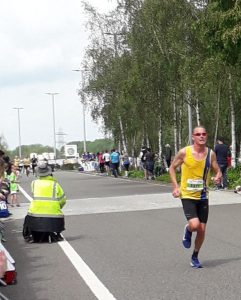 Simon Hearn speeds down the home straight to hammer out a terrific new PB of 39:04, bettering his previous best by 25 seconds