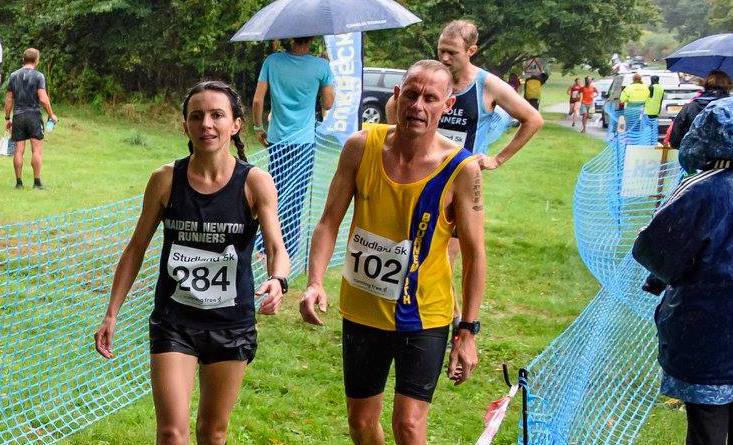 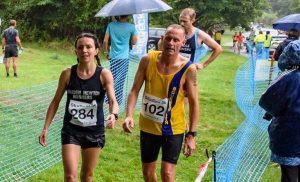 On a day when it didn’t rain, it poured over the pastures of the Purbeck and the surrounding Dorset coastal region, Simon Hearn defied the inclement weather to take part in the Studland 5k.

In an age where the popularity boom of parkrun has brought about a noticeable decline in competitive 5k races, it was good to see the Studland 5k standing firm in what was to be its 10th anniversary.

The entry fee for the race was good value at just £7 which may have helped contribute to its longevity as a proper race for that kind of price is a rarity in this day and age.

What’s more, you got some good bang for your buck as well a goody bag and a guaranteed raffle prize were also included.

The race was organised by Purbeck Runners, who did a great job of getting everything set up and ensuring proceedings when smoothly despite the treacherous conditions.

Currently in the process of getting his form back after a few niggling injuries, the Studland 5k was an ideal race for Simon to be able to test himself and see where he’s currently at with his fitness.

The route was entirely off-road, with the terrain consisting of a mixture of sand, gravel, mud and the odd tree root to negotiate here and there.

The first kilometre of the route was uphill, making it a difficult start in which to get your rhythm going. Most the rest of course was either on the flat or the downhill though so it was possible to get the speed up a bit despite the testing terrain.

Making it round the course okay in spite of his recent injury woes, Simon crossed the line in 27th place overall, registering a very good time of 21 minutes 49 seconds.

That was a pretty good result for Simon, all things considered and he was pleased to manage a top 30 finish in a field of 261 finishers.

Whilst it may not have been a spectacular time from Simon’s perspective in comparison to what he is capable of, on a course like that, it was a decent effort and it was certainly a step in the right direction in his quest to get back to his best form.

Finishing in a time of 21:49, Simon had a good, solid run and has given himself something to build on for future races

Simon’s wife Joanne had been very keen to do the race and in fact, it was her who convinced Simon to enter in the first place. Joanne also successfully completed the race, crossing the line in a time of 38 minutes 10 seconds.  That put her in 226th place overall.

Joanne does do the occasional parkrun with Simon on a Saturday morning so she’s not a stranger to running a 5k. The terrain on this particular course may perhaps have been something she’s not quite as familiar with though but she did well to make it round smoothly nonetheless.

The top lady was Caroline Stanzel of Poole Runners who finished in 21:16, putting her 22nd overall. There were three girls battling it out for 2nd place just in front of Simon. They were Fern Kimber and Becky Rendell of Poole Runners and Helen Southcott of Mainden Newton Runners.

It was Fern who took 2nd place in the end with a time of 21:41 with Becky coming in 1 second ahead of Helen to complete a Poole Runners 1,2,3. 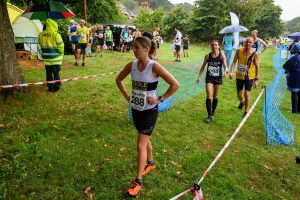