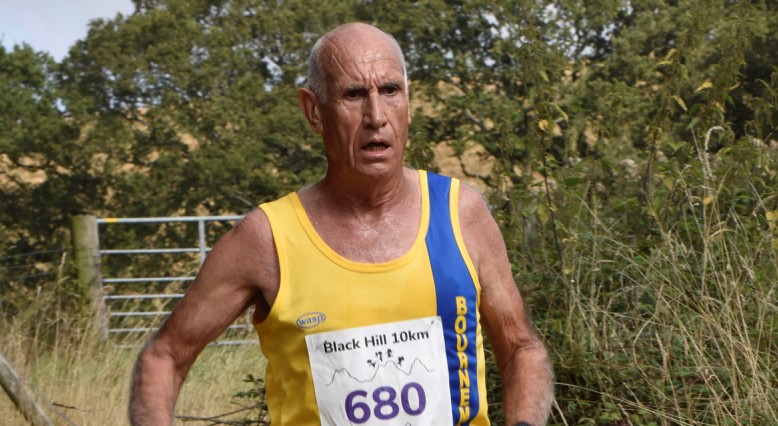 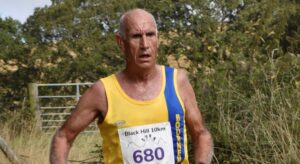 It was a return to the peaks and troughs of Bere Regis for Simon Hunt when he lined up for the Black Hill 10k, a race he competed in in both 2019 and 2018

It’s the race that keeps drawing Simon Hunt back, even though he wasn’t originally planning on doing it this year. His Bournemouth AC teammate Kirsty Drewett had to pull out of the Black Hill 10k though last minute and offered her number up.

In for a penny, in for a pound, thought Simon, and before he knew it he was back in Bere Regis and ready for another round of the ‘slightly longer than it should be’ hilly route.

Like most events of course, it wasn’t on last year, but Simon did compete in the 2019 race, finishing in 51st place in a time of 51:45. The year before that he was 45th in a time of 51:04. These previous experiences at least gave him something to aim for in the 2021 edition.

The conditions were dry on the day so Simon hoping he might better his time from 2019. The course is a figure of a eight loop which heads round Mays Plantation and up onto the ridge before heading down the Jubilee trail to Turners Puddle.

It’s then over Kite Hill and through Piddle Wood, then down the Jubilee trail for a second time to Turners Puddle. It’s quite an undulating route as well, featuring three long climbs.

One goes on for the whole of the first mile. The next one starts at 2.5 miles and continues to around the 4.3 mile point. The last one is a slightly shorter rise starting just after 5 miles and going up to about 5.6 miles. 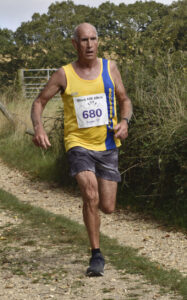 Simon works his way down the gravel path

The course has been the same since 2015 and it’s actually quite a bit further than 10 kilometres, It tends to come up around 6.6 miles so it’s not one to try and record your fastest 10k time on. Plus the elevation gain comes to 640ft.

Given that his chances to take part in any competitive races had been reduced by the COVID crisis up until quite recently, that wasn’t such a bad result for Simon. 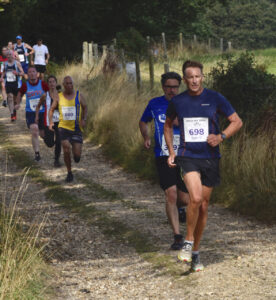 The off-road course provided a scenic backdrop to the proceedings

Dion Garner of Poole Runners claimed the victory, completing the course in 42:50. He was closely followed by Robert Doubleday of Poole AC who clocked in at 43:01. Then it was Ian Luke of Poole Runners taking 3rd in 43:15.

Jenny Lee of Pubeck Runners was 1st female, recording a time of 47:10 which put her 16th overall. That was just enough to see off Caroline Stanzel of Poole Runners who got to the line in 47:32 to take 19th place.

Virginie Morris of Dorchester RIOT was 3rd female and 21st overall with her time of 47:42. 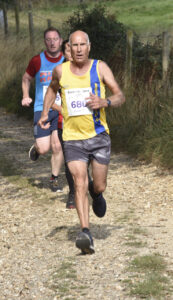 The event also features a Canicross 10km, a 5km race and a 3km run for the juniors. It’s essentially a fund raiser for the local scout group and they raise so much money from it that they don’t need to do any other fundraising.

The scouts made some nice cakes for the runners to have at the end of the race as well so that left Simon and the other participants with a something pleasant to think of when reflect back on their morning exertion.