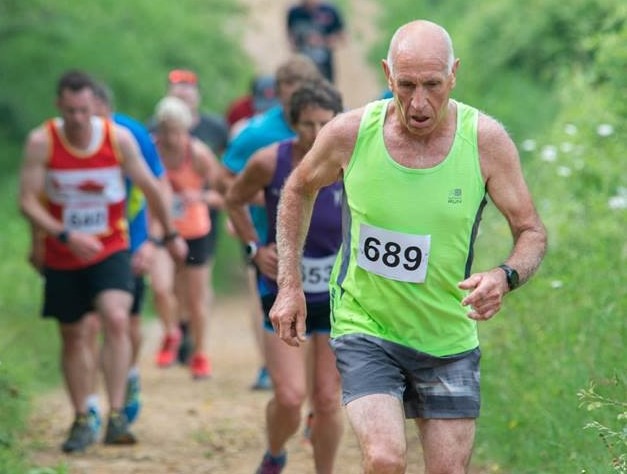 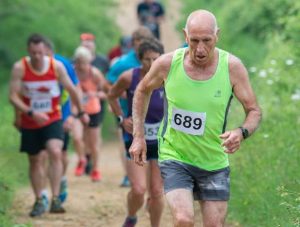 It was a trip down memory lane for Simon Hunt as he bowled it over to Bredon Cricket Club for the Tower Run, a 10k race that follows country lanes, tracks and paths to the 299m summit of Bredon Hill.

The Bredon Hill area was Simon’s old stomping ground when he was at college back in the 70’s. In fact, they used to have an inter-college relay race each year going up Bredon Hill, around the Tower and back to college. He was interested to do the race just for old time’s sake really.

The question was, could he roll back the years and run with the same freedom and enthusiasm that he did in his college days? He’s certainly still got a spring in his step and it would be fair to say that he’s far from over the hill yet, although that’s slightly ironic given that the main objective of this race was to get over the hill. 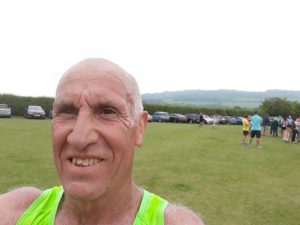 The Bredon Cricket Club Tower Run is still very much in its infancy, with this being only its second year running. With a lot of thunder storms about over the weekend, there was always the threat of some increment conditions but luckily they managed to avoid all that and it was a reasonably nice morning, although the air was pretty humid.

The course profile was pretty simple really. It was essentially 5k up the hill and then 5k back down again. The top of the hill is marked by an Iron Age fort and the 18th-century Parson’s Folly tower, boasting glorious views of the surrounding countryside.

Not about to be stumped by the severity of the incline, Simon gave it everything he had, pushing hard on the way up and then properly letting rip on the way down.

It wasn’t an EA accredited race and there were no official results put up but Simon recorded a finishing time of 48:41. This was not bad considering the 844 ft of elevation he’d had to wrestle with for the first three miles. Again, it’s unclear exactly what position he actually came in but he thinks it was about 13th. 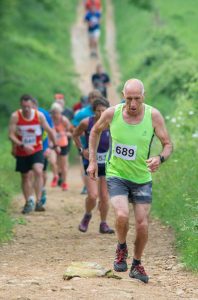 Although there were a few no shows, the turnout was pretty good, with 132 people taking to the start line. The organisers were well pleased with that and it was an improvement on the numbers from last year, despite the fear that rain might stop play.

After the race competitors and spectators were treated to the barbecue and music from Kings of the Hill, so a great opportunity for Simon to let his hair down, if he’d had any. No doubt he had a bit more back in his old college days though!

Unfortunately the storms that had passed over had left the pitch too wet for the planned 20-over cricket match between the village’s cricket and football clubs.

Over the next few days Simon’s legs remained sore from his exploits, causing him to miss the Tuesday night training session. He said it felt more like he’d run a marathon than a 10k! 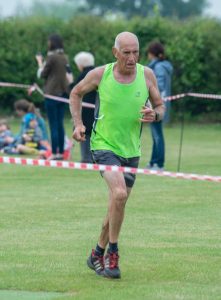 Completing the race in a time of 48:41, Simon proved that, although it’s been a while since his old college days, he’s still got it