Simon, Kirsty and Jayne get involved at Coombe Keynes 10k

This Bournemouth AC trio of Simon Hunt, Kirsty Drewett and Jayne Wade all tried their luck in the Coombe Keynes 10k based on the Lulworth Estate

Like many races, the Coombe Keynes 10k had a year off in 2020 due to the pandemic but it was back with a vengeance in 2021, as were Simon Hunt and Kirsty Drewett.

Simon and Kirsty were present in the last two races of the Lulworth Castle 10k, as it was known then, back in 2018 and 2019. They were joined this time round by Jayne Wade, who was entering her first ever trail race.

She hadn’t picked an easy one to start off on either. The Coombe Keynes 10k features a very hilly route on the private land of the Lulworth Estate.

The race forms part of the Purbeck Trail Series but is a friendly village event with a light-hearted feel to it. The scenery on the Lulworth Estate is stunning and from stony tracks on chalk downland to woodland paths, the terrain is varied and challenging.

With 175m of ascent to tackle as well, along with the potential for some muddy paths to negotiate given the recent rainfall, it looked a tough but enjoyable proposition for the three Bournemouth AC members. 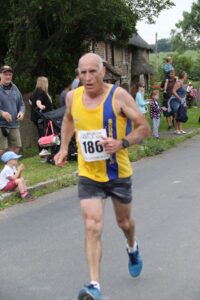 Simon is something of a veteran when it comes to the Coombe Keynes 10k, competing for the third consecutive time

It was quite a tough start to the race, with the first 1.5 miles being predominantly uphill. Then the next mile contained a nice downhill stretch before another hill came into play at 2.7 miles.

One that hill’s been negotiated there is another downhill stretch before the final big climb at 4.5 miles. One up that it’s a fairly smoot run into the finish from about 5.4 miles.

Completing the course in exactly 52 minutes, Simon Hunt came in in 54th place in the overall standings. That was out of a field of 263 participants.

That time was good enough to see Simon finish 4th in the M60 category, which he was pleased about since he’s now getting toward the top end of the 60-70 age bracket. 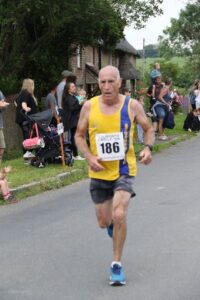 Covering a total distance of 6.39 miles, Simon wracked up 479ft of elevation during the run and came out of it with an average pace of 8:08 minutes per mile.

In the 2019 race he got round in 48:45 which put him in 44th place overall and 3rd in the M60 category. It’s always difficult to compare times on multi terrain courses though as the conditions are always different. He felt okay throughout the race though and was happy with the outcome.

Like Simon, Kirsty was also taking part in the race for the third consecutive time

Kirsty and Jayne ran together, finishing in 1 hour 9 minutes and 51 seconds which put them in 176th and 177th place in the overall standings. They were 76th and 77th placed women and Kirsty was 18th in the F40 category whilst Jayne was 30th in the F50 category.

Jayne really enjoyed the race and also made the most of the tea and homemade cake in the churchyard after finishing. Kirsty had a nice time but she felt a bit uncomfortable being in the pack so will probably have second thoughts before doing an event like that again. 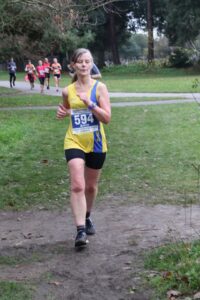 Jacek Cieluszecki, was also on the list to start the race, as was his wife Ela but they opted not to go for it in the end which left it open for someone else to steal to the limelight.

JC won the Lulworth Castle 10k race in both 2018 and 2017, setting a course record on both occasions in the process. 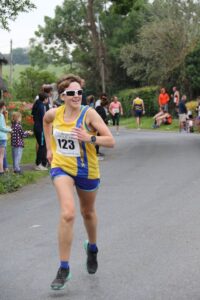 Julian Critchlow of Purbeck Runners stepped up to pick up the race win in a time of 39:52, which is a pretty good time given the hilly nature of the course. Impressively, he’s in the M60 category as well, so to still be winning races at this level is quite an achievement. 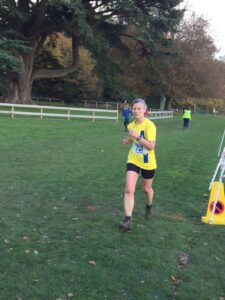 In fact, it was double delight for Purbeck Runners as Jenny Lee Marshall was 1st female, getting round in 43:45. That made her 10th quickest overall as well.

Caroline Stanzel of Poole Runners was 2nd female in a time of 44:15 which put her in 13th place overall. Then it was Helen Antram of Sandhurst Joggers taking the 3rd placed female spot in a time of 47:24, putting her 30th overall.

The overwhelming feedback was that the event was very well organised and it was good to see another small local race go ahead with no hitches.

It was also great to see a few Bournemouth AC members getting involved as well as racing gets gradually integrated back into the calendar.