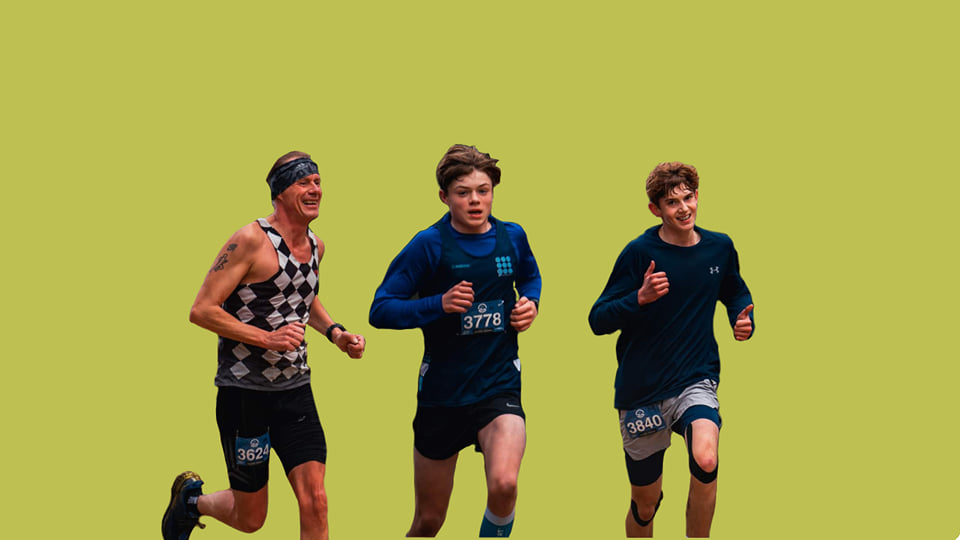 Hugo and Oscar are among the many fine youngsters coming through the ranks at Bournemouth AC under the guise of experienced youth development coach Simon Hearn.

Despite devoting so much of his time to teaching and fine tuning his young athletes, Simon still loves to run himself and is always setting his own goals and ensuring he keeps his fitness levels up for the next challenge as well.

It’s been a very successful season for Hugo, winning the Dorset County Championships 3000 metre race in July and then the Bournemouth Open in September when the new track at Kings Park was introduced. He also won a couple of 1500 metre races in the Wessex Young Athletes’ League and finished fourth in the first Wessex Cross Country League fixture. 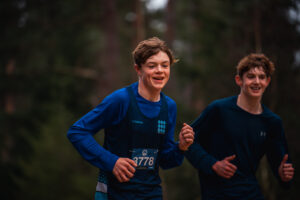 Oscar and Hugo are both young athletes with huge potential

Oscar also had a couple of race wins to his name, taking first place in the 3000 metres at the Winchester Open in June and a 1500 metre race in the Wessex Young Athletes League. He also competed in the Wessex Cross Country League fixture at Ferndown, finishing in 7th place, and ran a magnificent time of 17:37 at Bournemouth parkrun to take second place that day. 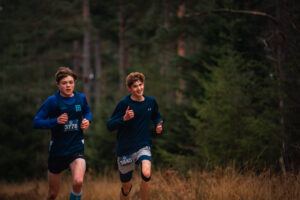 Running side by side, Oscar and Hugo enjoyed some good camaraderie during the race

Simon Hearn already had one good Maverick performance to his name, finishing 4th in the Jurassic Coast Short race which was staged at Corfe Castle in October. He was also first placed vet that day, completing the 11km route in 54:55. He also recorded a time of 40:12 at the Run Bournemouth Supersonic 10k and 40:36 in the Worcester City 10k. 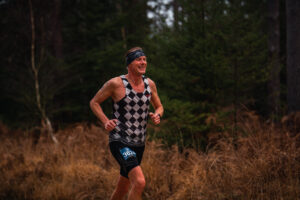 The routes for the Maverick New Forest event started out from Roundhill Campsite in Brockenhurst, taking the runners on a loop through the woods with some short, sharp inclines thrown into the mix. 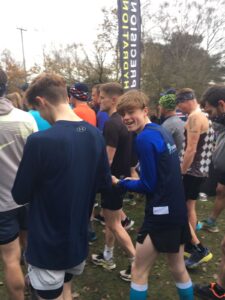 Hugo, Oscar and Simon line up ready to get the race underway

Oscar and Hugo ran most of the race together, keeping to a very good place that was between 6:10 and 6:30 for the vast majority of the miles. It was only the hill on the fifth mile that resulted in a slightly slower split. 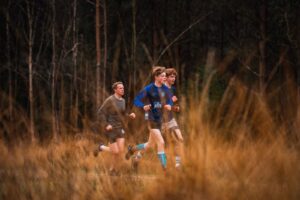 Oscar and Hugo ran extremely strongly, keeping to a good pace despite the undulations

It turned out to be Oscar who was the stronger of the two in the end and he reached the line in a superb time of 44:08 to take third place in the overall standings and first Under 16. Hugo arrived 10 seconds later to seal fourth position in 44:18. 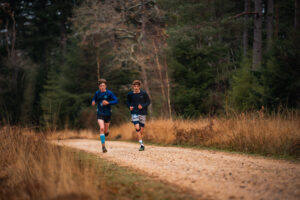 The coach wasn’t far behind them though and Simon came in to seal a 7th place finish in a time of 47:27. That meant he’d taken the prize for first Vet 50. There were a total of 169 runners taking part in the Middle distance race. 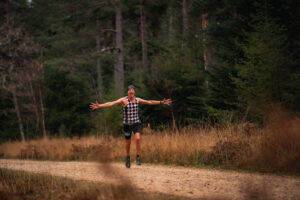 Simon was clearly enjoying himself out there in the forest

Philip Mosley picked up the win, getting round in an exceedingly quick time of 39:35. That put him over four minutes ahead of his nearest rival Blair Wilson of Blackheath and Bromley Harriers. He finished in 43:44. 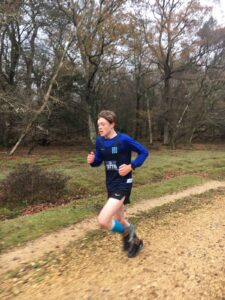 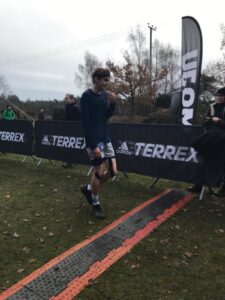 Daniella Bailey was first female, finishing in 5th place overall in a time of 45:29, with Laura Rothwil taking the women’s runner up sport in a time of 50:20 which put her in 10th place. 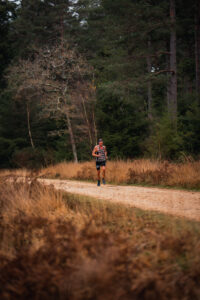 The fact that Oscar and Hugo produced such fine performances speaks volumes about the youth development system at Bournemouth AC and Simon has played a massive role in that. There will no doubt be exciting times to come for the two of them as we move into a new year which will bring plenty of opportunities for them to showcase their talents. 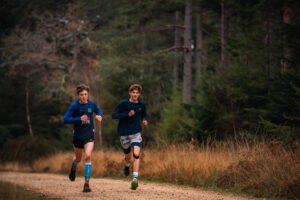 Simon usually tends to book races quite far in advance to give himself a goal to work towards and he’s signed up for a trail half marathon in February and the Bath Half Marathon in March where he’ll be going all out for a fast time on a course that is notoriously flat and friendly. 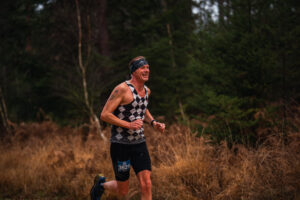