There were some excellent performances from BAC athletes representing Dorset Schools at the South West Schools Championships last Saturday. Younger athletes competing in Exeter for the first time hopefully gained some valuable experience in a new stadium at a higher level. Our more experienced athletes, as usual stepped up, setting a fine example. 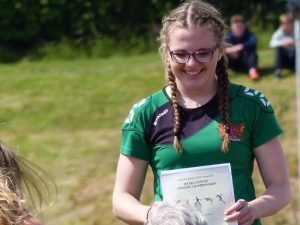 Danielle Broom, winner of IG hammer and discus, receives her certificate and medal

Cameron Hale, one of our reliable club members, who relishes competition, won the Inter Boys (IB) discus. Madeleine Smith was first in Senior Girls (SG) triple jump with 11.24m. Bridget Dence was 2nd in SG 1500m, this place was matched by Lewis Sainval in Senior Boys over the same distance. Olivia Galloway won her heat in the Inter Girls 80m hurdles but withdrew as a caution from the final. 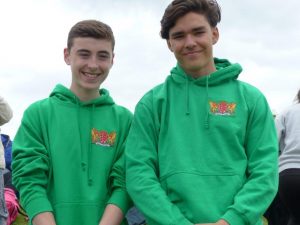 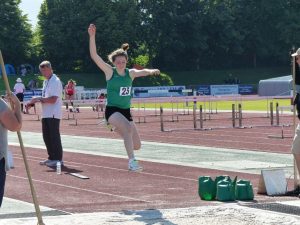 Other BAC athletes competing included Joe Haywood, Gemma Kennard, Elle Ward, Jasmin Bridet and Millie Lynk. Still having several years left in the schools competition, we hope these athletes will be back and perhaps progress to the English Schools Championships.

Congratulations to all those who took reached this level of competition, and good luck for all those going on to compete at English Schools.

As per, if I’ve missed anyone off this report, please let me know so I can add you in!