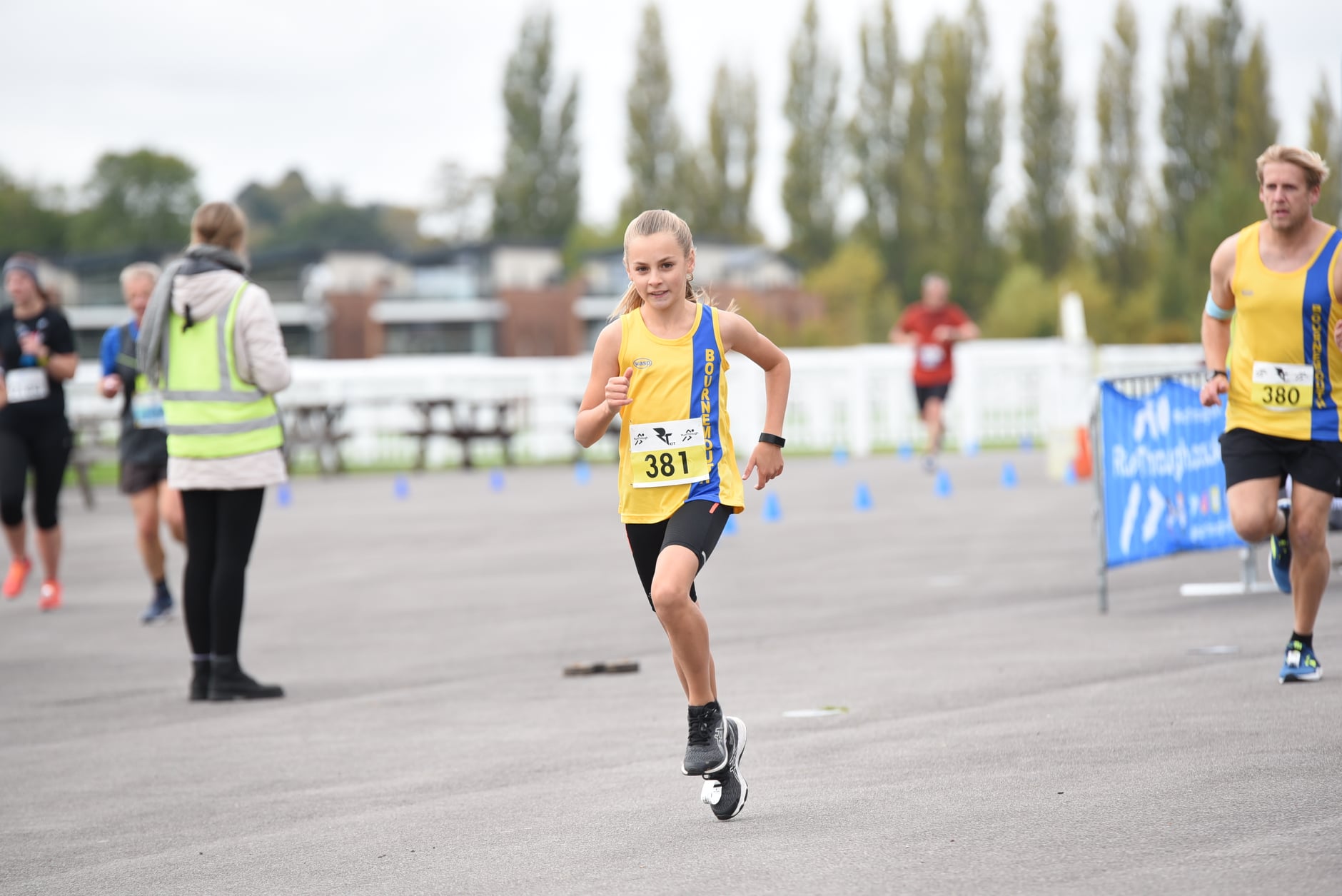 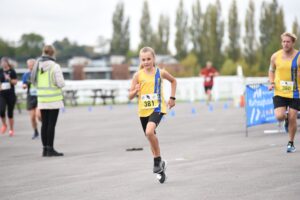 After three months of being imprisoned in their own home, Isabel and Phil Cherrett couldn’t wait to burst out the traps in the Newbury Racecourse 5k

It has become something of a tradition for Phil Cherrett and his daughter Isabel to run a 5k together on the Saturday before Phil’s birthday. Since they’re both such avid runners it makes perfect sense to celebrate it in that way.

Usually it would be at parkrun though where they would mark the occasion. Unfortunately though, they didn’t have that luxury this time round.

There’s also an interesting footnote to that tradition as well which is that on each of the last three years they’ve done it, Isabel has managed to set a new PB.

This year though, with no parkruns on the horizon and in the current climate, with Coronavirus restrictions still casting a shadow over the very essence of what we used to call normality, that tradition was in serious jeopardy.

Some events were still taking place though and with special attention given to social distancing precautions and strategies for safe starting, many races had gone ahead successfully.

That meant there was some hope for Phil and Isabel and sure enough, they managed to find an opportunity on the very day that they needed.

There was an event being put on by RunThrough featuring a 5k, a 10k and a Half Marathon which was being staged at Newbury Racecourse. This would provide the ideal foil for Isabel and Phil to keep their remarkable tradition going.

All that had to happen now was that Isabel would need to run her fastest ever 5k. No pressure there then! 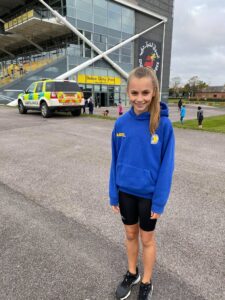 Having been through one of the strictest possible forms of lockdown, Phil and Isabel didn’t leave the house for three months and the only buildings any of their family had been in since March were from the girls going back to school.

Now they were suddenly thrust into an environment where there would be many other people gathering it the same place. In some ways it was quite a daunting prospect.

The event was completely different to normal though and Phil and Isabel felt very safe throughout. From a social distance perspective, it was very well organised.

There were 105 runners taking part in the 5k race, including Phil and Isabel. Before the start they called all the runners together, but since it was such a large area, there was plenty of room for social distancing.

They then asked all the runners to line up in single file, with cones marking out a safe distance. Then then called for groups according to estimated time, so sub 16 runners first, then sub 17 runners and so forth.

The runners were then marched to the start in single file, with four at a time being brought forward onto the start line and sent off. Then five to ten seconds later the next four were called forward.

It seemed to work well and created a nice relaxed feel to the start process, as opposed to the tense, nerve wracking situation of pre-Covid race environments. 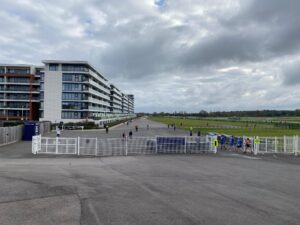 The course was advertised as fast and flat but, although it was fairly flat, the middle two miles around the race course were on mixed terrain consisting mostly of old gravel path.

Containing large stones and numerous pot holes, it was tough to find a race line you could stay happy on for any length of time. Then there were sections of soft ground as you left the racecourse area.

It was harder than Phil was expecting but it kept him mentally focused on the job at hand. 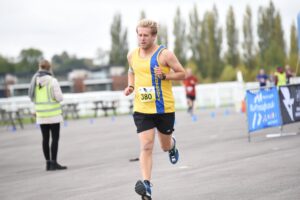 When arriving at the finish it was a strange sort of atmosphere, with no crowd cheering you on, and in fact, no sound at all other than a polite voice other the tannoy asking you to collect your medal and vamousse, essentially. 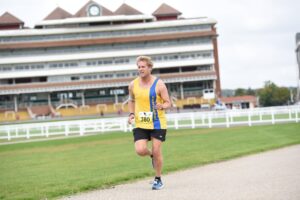 It had been difficult for Isabel over the lockdown period. She’d had to face a long spell without any club training sessions and with no races or school sport on the calendar, she’d done remarkably well the stay fit and motivated. 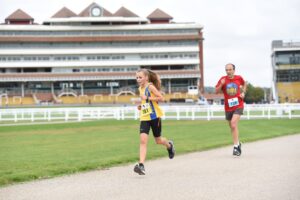 The previous three years Phil has been able to run with Isabel when she’d set her PB’s. This time round though, he just couldn’t keep up with her.

It was a ground breaking moment really for the pair of them as it confirmed that Isabel, at just 11 years of age, was now faster than her dad. 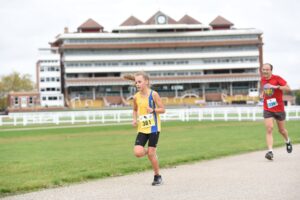 Proving too quick for her dad on this occasion, Isabel left Phil for dust as she blasted round

Crossing the line in a time of 20 minutes and 42 seconds, Isabel had finished up in 43rd place overall and she was 19th female on the board.

That meant she’d only gone and done it again. For the fourth year running she’d produced her fastest ever 5k on the Saturday before her dad’s birthday. And as that benchmark gets higher, her performances get more and more impressive. 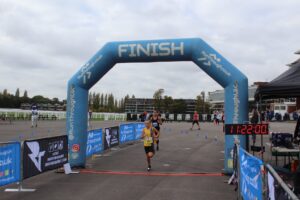 Feeling extremely strong throughout the race, Isabel had really enjoyed herself and was glad to be back racing. It was a strange experience for Phil as he came across the finishing line having no idea how she’d actually done. That was new. 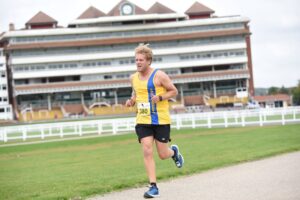 Clocking in with a time of 21:17, Phil had finished 2nd in the Male V40 category and 46th overall. It was actually the fastest he’d run all year so, even though he’d been soundly beaten by his daughter, he was still delighted with how he did. 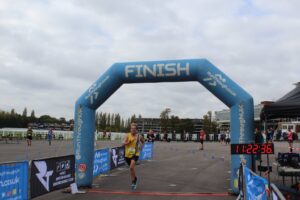 In reality as well, he couldn’t have been prouder that Isabel had finished ahead of him. The fact she was still improving despite the challenges she’s faced with lockdown and the lack of club sessions a a substantial time was pretty impressive. 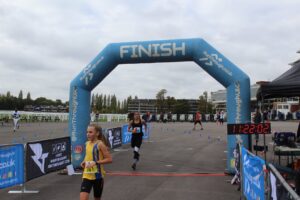 Phil was ever so proud of Isabel for how well she’d done, especially under the circumstances

Thankfully, at 11 years of age, Isabel has still got plenty of time on her hands but its pretty clear how tough it is for some age groups at the moment who are missing out on so much. Those who should be looking forward to their final year of school and of junior competition have had that taken away from them and that’s a real shame. 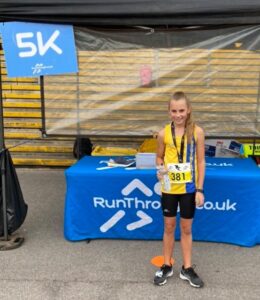 With the self motivation that Isabel has though, there’s no doubt she’ll continue to grow and improve. It might even spur Phil on as well as he now knows he’d going to have to put some serious work in if he’s going to stand any chance of catching her up. 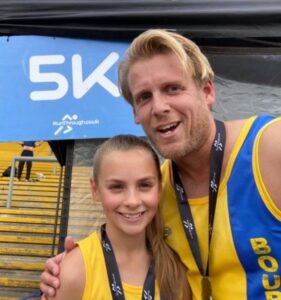 Most importantly of all, Phil and Isabel were about to keep up their tradition of running together on the Saturday before his birthday