St. Nicholas wraps up the win in the Portsmouth Coastal Marathon 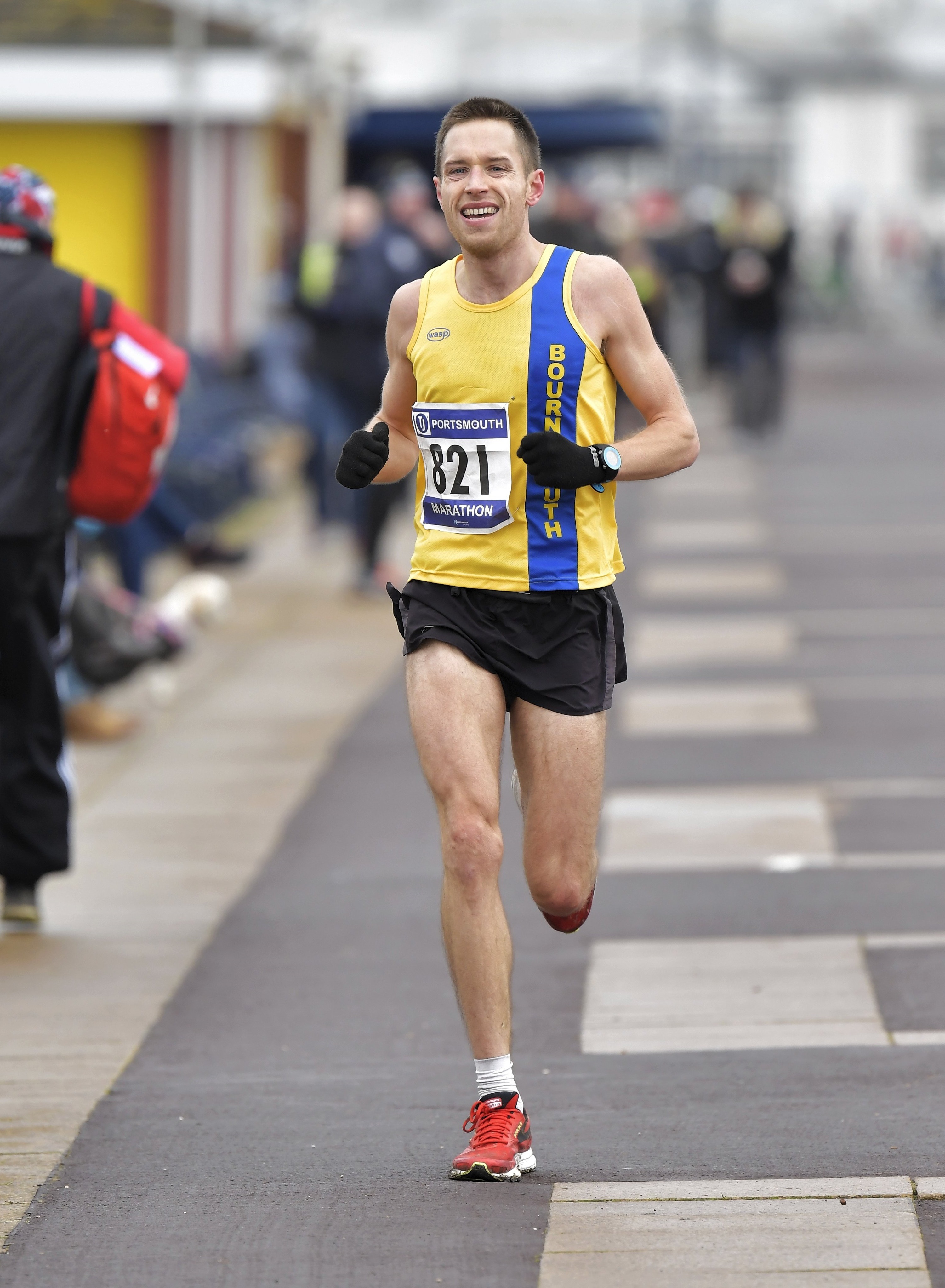 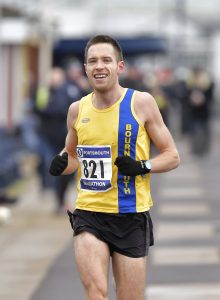 In the midst of bringing his impressive marathons completed total up to number 36, Stu Nicholas gave himself the best Christmas present he could ever wish for when he emerged victorious in the Portsmouth Coastal Waterside Marathon this past Sunday (17th December).

It was Stu’s fourth appearence in the tough, multi-terrain race where the route runs from South Parade Pier to the end of the Hayling Billy Line and back. The course is predominantly trail, with a few road sections and a couple of miles along the promenade to start and finish with. The off-road path to Hayling Island includes some testing sandy and muddy surfaces.

Beating off competition from 895 others, Stu took the title in tremendous style, giving himself an additional reason to celebrate besides his impending 29th birthday on 23rd December and Christmas Day two days later.

His illustrious history with the race includes a 2nd placed finish in 2015, only edged out by a terrific performance from Steve Way that year. He finished 5th in 2014, in a year where Anthony Clark claimed the win. Last year, when he was still representing his previous club, St Austell, Stu took 7th place with a time of 2 hours 53 minutes.

This time out he knew he was in good shape. He had run well the previous weekend in the Christmas 10k at Christchurch and had also recently won two marathons in the space of five days, when he conquered the Halloween Challenge and the Enigma Fireworks.

For the first 6 miles, Stu was out front on his own. Then, out of nowhere, Neil Kevern of Blacknell Forest Runners popped up and took the lead. The manoeuvre took Stu by surprise as he hadn’t seen Neil coming. The pair even engaged in the brief chat before Neil pressed on.

Having had 2nd placed finishes in both the Littledown Marathon and the Purbeck Marathon, Stu has been in that position before and knows what it’s like to be so close to victory but not quite there.  This time, he was not prepared to settle for 2nd place.

The course is an out-and-back route, so once the runners reach the end of the Hayling Billy Line they then turn back and have to do it all again. Stu had managed to keep Neil in his sights and at the turnaround point there was a gap of around 800m between them.

The gap then slowly began to close as Stu kept his momentum and continued to push. At around the 20 mile mark, he caught Neil up. This time it was Neil’s turn to be taken by surprise as probably hadn’t been reckoning on Stu coming back at him.

Once again, they had a brief chinwag before Stu assumed pole position. He now knew he just had to keep the pace going until he got to the line. He was getting updates from the lead bike and by the time he hit the promenade for the last 2 miles, he was no longer able to see anyone behind. 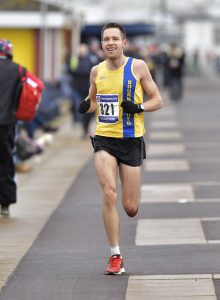 Despite losing the lead at one stage in the race, Stu found the resolve to dig in and work his way back to the front

It was then just a case of soaking up the atmosphere as he edged closer to a glorious victory. He reached the line in a magnificent time of 2:47:12. In fact, had the course been the conventional 26.2 miles, he may potentially have gone close to the PB time of 2:43 he set at London last year.

On such a testing route and with the distance actually working out to be closer to the 27 mile mark, this was indeed a rather phenomenal feat.

The fantastic win capped off what has been a cracker of a year for Stu, with many great marathon successes to look back on. He’s now setting his sights on reaching the 50 marathon mark by the end of 2018, so that’s 14 to do in the coming 12 months. Knowing Stu though, you wouldn’t bet against him achieving that.

First things first though, it’s time to put his feet up, relax and celebrate his birthday, and Christmas, and all the festivities that come with it. No doubt he’ll find time to squeeze the odd parkrun first place in between all that though. 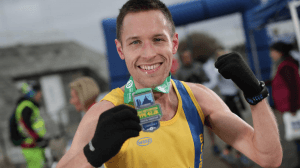 Stu holds his medal aloft and celebrates his monumental victory, crossing the line in terrific time of 2:47:12