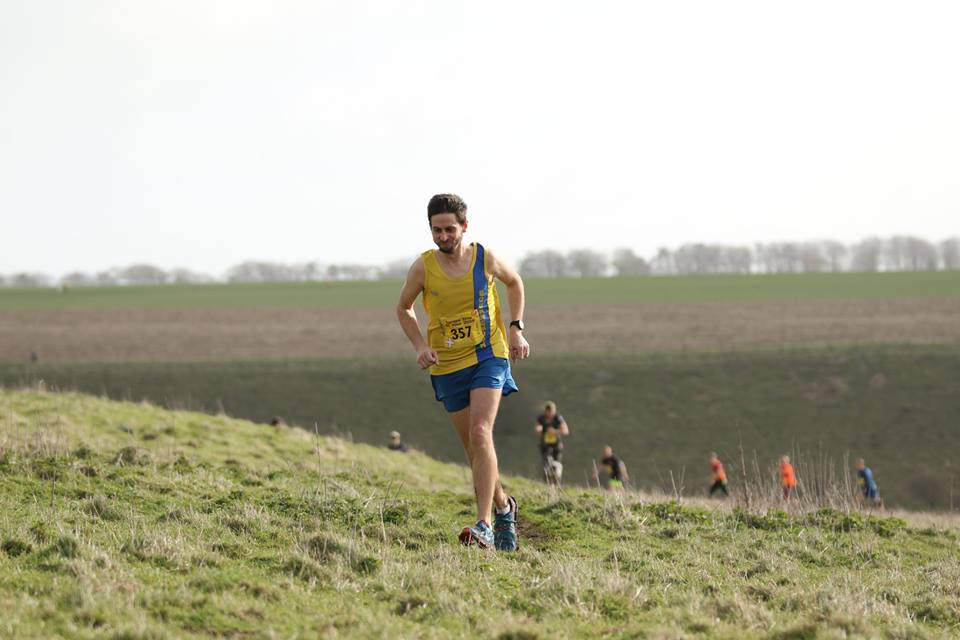 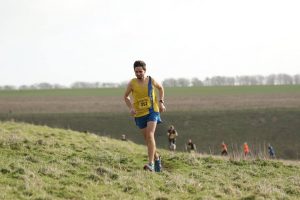 Sometimes in running things turn out to be more difficult that you first envisage. For instance, there might be unforeseen hurdles that stand in the way. Or perhaps you might underestimate the enormity of the challenge you have set yourself. Those are the times when you have to dig deep into your resolve though and find a way to get the job done.

When Steve Parsons entered the Imperial Series, which entailed running three 10-mile races in the space of four weeks, he probably thought, it’s going to be tough, but it should be fairly manageable.

Even though it’s only been just over a year since he did his first 10-mile race and hadn’t gone beyond the distance before that, Steve has come along way since.

In the first of the three 10-mile races, the Lytchett 10, Steve set himself a new PB of 74:02. That was a very pleasing result for Steve on an immensely tough and hilly course. That gave him every reason to be optimistic for the next race in the series, which was the Bournemouth 10.

Unfortunately for Steve though, it didn’t go so well that day and after the first half of the race went fairly smoothly, he really began to struggle in the second half and his body almost seemed to give up on him. He’d contracted a bad cold the day before the race and that might have just wiped out all the energy he had in the bank.

He made it through though, setting himself up with only the third and final race to complete before he takes home his Imperial Series medal. Unfortunately though, the one he had left was not such an easy one. 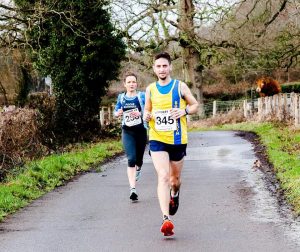 The Larmer Tree 10 is a very tricky, off-road course in the Wiltshire Downs. It’s held in the Rushmore Estate, a stunning and picturesque area of countryside, but one notorious for hills, mud and tough terrain. It was always going to be a battle, but Steve isn’t one to shy away from a challenge.

Still feeling the after effects of his disappointing run at the Bournemouth 10, Steve hadn’t planned on pushing too hard at the Larmer Tree 10 and wanted to concentrate on just getting round in one piece.

Setting off at a relatively steady pace and going well for the first couple of miles, it wasn’t long before the long uphill section kicked in and Steve began to struggle.

There were a couple of hills on the course that were so steep, you just couldn’t run up them so everyone just walked. That combined with the boggy ground and uneven surfaces made it a far from pleasurable experience for Steve. 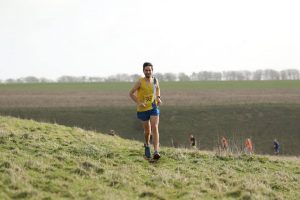 To his credit though, Steve dug in and fought hard and after making it up a very tough hill in the 7th mile, he then found the strength to push hard for the remainder of the race and get to the end of the 10th mile. The only problem was, that wasn’t the end of the race. To Steve’s horror, he then realised that he still had quite a way to go to get to the finish line.

This narked him somewhat, to put it politely, and he walked up the last hill, possibly uttering one or two expletives as he did so. Then to make matters worse, he his legs cramped up along the last flat section into a horrific head-wind.

Suffice to say, it wasn’t really one of those races where you get out there and enjoy every moment. It was merely about survival for Steve. He just wanted to make it to the end, collect his medals and put it all behind him.

Hauling himself over the line in a time of 1:42:33, Steve took 75th place the overall standings and was 14th in the M35 category. A total of 468 people successfully completed the course, so even though he found it a real battle, he still finished reasonably high up considering.

Showing a lot of character, Steve made it to the finish in the end and was very relieved to pick up his medal and complete the set

When he looks back on his Imperial Series races, he’ll probably be proud of the achievement, although he may feel like he hasn’t really done himself justice in the two races after making such a promising start at the Lytchett 10.

On the plus side though, he now possesses four medals that he didn’t have four weeks ago, so that’s always a bonus. 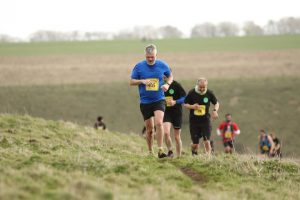 Although he found it very tough, especially with the two big leg-killing climbs thrown in, Rob enjoyed the run. It just meant going a bit slower than he normally would. 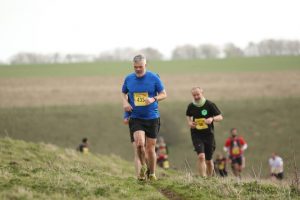 Rob found the hills pretty tough going but he made it through, finishing in a time of 1:47:23

Another BAC member who didn’t have the best of days was Jud Kirk. He was suffering from a calf niggle which had become very painful after about a mile and a half.

Attempting to walk it off and stretch it out, it didn’t seem to be getting any better so he began to trudge back to the start. Then he suddenly thought, what the hell, it’s a nice scenic route, why not walk round. So that was what he did. 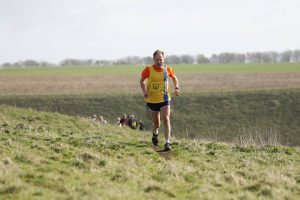 He got chatting to some of the slower participants and after a while he discovered he could jog a bit, so from that point on, the chase was on. It turned out after six miles, he was okay running downhill but was unable to go uphill.

In the end, Jud made it the end, completing the course in 2:02:26 to finish in 225th place and 6th in the M60 category. Once the calf pain had reduced, his ankles and toes went purple and his lower leg swelled up to nearly double the size. 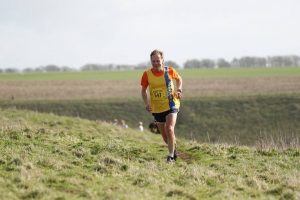 For better or worse though, Jud soldiered on and with a run/walk/hobble strategy, he made it to the finish

Perhaps he shouldn’t have continued after all. He enjoyed the food and beer stops on route though and had a nice bacon bap at the end so that almost made it all worthwhile.

The winner of the race was Lee Dempster of Lytchett Manor Striders who crossed the line in a terrific time of 1:11:23. That put him almost nine minutes ahead of his nearest rival who was Stephen Williams of Littledown Harriers.

That also sealed victory in the overall Imperial Series competition for Lee after he finished 2nd in the Lytchett 10 and 5th in the Bournemouth 10. 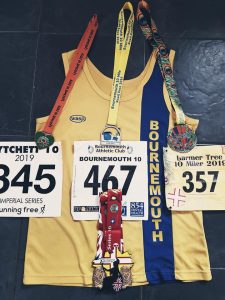