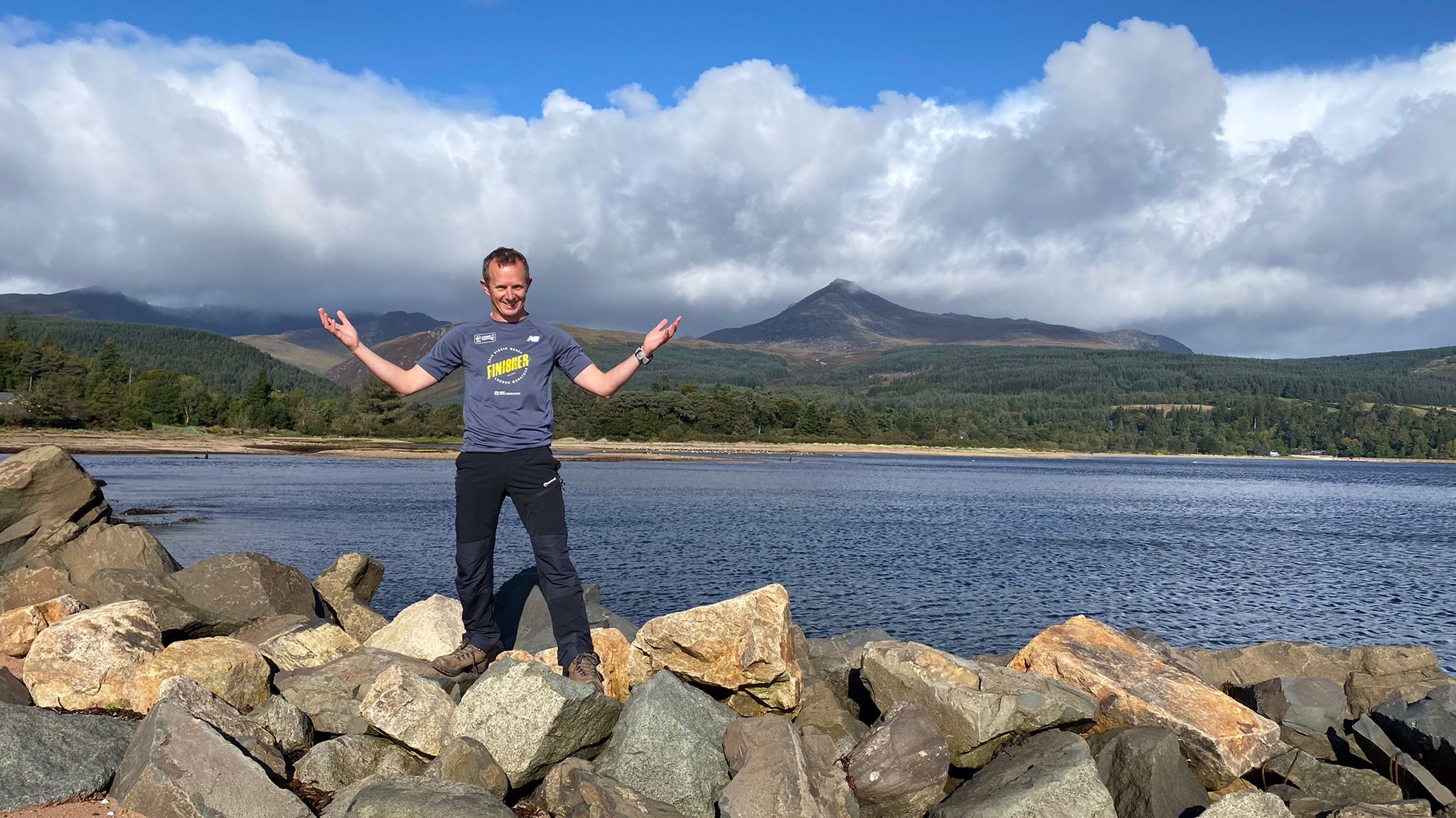 Stu Glenister arrives at the Isle of Arran to tackle a race that would surely be either the making or the breaking of him. Or potentially even both!!

It was an event he’d been training for and building up to for most of the year so when it was finally time to embark on his epic adventure, Stu Glenister was very much ready to go. That’s if you ever can be ready for a two-day, 60 mile crusade over some obscenely high yet spectacularly scenic Scottish mountains. The mind boggles at how you even begin to prepare for a daunting challenge as daunting as the Ultra Tour of Arran.

One thing was for sure though and that was that Stu had done all he can to get into the best possible shape he could and build up his endurance, strength and stamina to give himself a chance of getting through it.

Back in June he completed the 32 mile Dartmoor Discovery Ultra Marathon – the longest single lap road race in the UK. That was over a course that featured 4,000ft of elevation and took Stu 5 hours and 28 minutes to get round.

That was the equivalent of only one of the two days in the Ultra Tour of Arran. He’d then have to go and do it all again the following day!

He’d also completed the Dorset Conquest Half Marathon which was also on a very undulating route that included some very long grass and high shrubbery to battle through.

On another weekend he ran the Summer Larmer Marathon, which was on a gruelling trail route with 2,650ft of elevation. Then the next day he was back in action in the 8 Mile race at the same event.

That was good training to help him get into the habit of running the next day following a very tough long run the previous day. Of course, there was no way of knowing whether what he’d done would be enough to get him  through the Ultra Tour of Arran but he was certainly going to give it a damn good go.

After a short ferry crossing, Stu and the other runners were on the Isle of Arran ready to get their adventures underway. As well as high mountains, the course also featured deep glens, enchanting forests and a picturesque coastal setting. 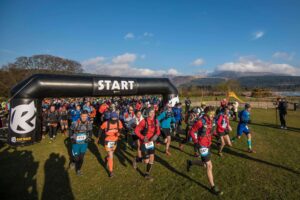 Let the games begin: The Ultra Tour of Arran gets underway. No turning back now!

The course for both days started and finished at Brodick but Day 1 was a loop on the southeast section of the island and Day 2 was in the northeast.

The route on the first day was 27.6 miles and incorporated an elevation gain of 3,882ft. There were more undulations on the Day 1 course and it was pretty much up and down the whole way whereas with Day 2, there were only really two inclines. They were higher climbs though, amounting to a total ascent of 5,786ft. The course for Day 2 was 29.6 miles in length as well, so slightly further. 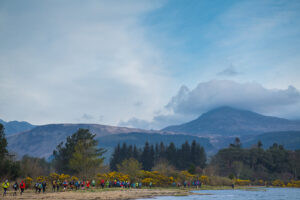 Completing the run on Day 1 in 3 hours 34 minutes and 31 seconds, Stu was 17th quickest out of the 162 who successfully made it round.

Day 2 was a much tougher prospect and turned out to be a real battle for all of those who were still going. That included Stu and again he was 17th fastest in a time of 7 hours 49 minutes and 7 seconds. There were 137 runners who successfully completed the brutal route.

That put Stu’s overall time for the Ultra Tour of Arran at 11 hours 23 minutes and 38 seconds. Out of the 136 runners who successfully managed to get through the two days, he’d finished in 16th place.

It was a tremendous result for Stu and a very proud moment when he came across the finish line and realised the magnitude of his achievement.

It was a challenge that very few people would even dare to attempt, let alone have a chance of completing. But Stu’s dedication in training and determination over the course of the two days got him through it. 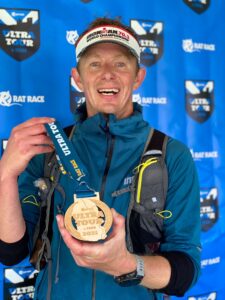 It was a truly great accomplishment from Stu to do what he did but it certainly came at a cost. His feet were cut to shreds and he lost seven toe nails in the process.

He didn’t care though. It was one heck of an adventure, with a dramatic and frightening backdrop of Scotland’s finest. An absolutely unforgettable experience.

Over the next few days he was in a lot of pain and it was an exertion that was going to take some time to fully recover from. He was looking forward to getting back to club through for some more structured training and a bit of a break from those hellacious hills.