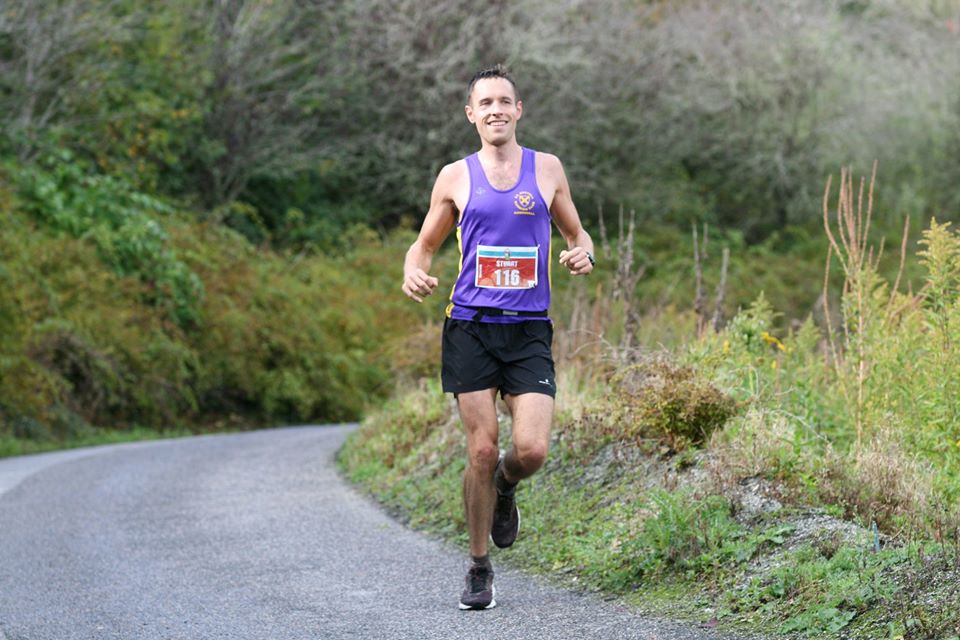 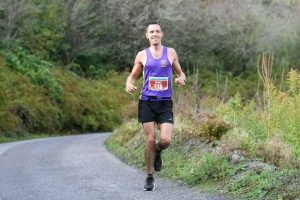 After winning the Cornish Imerys Trail Marathon and successfully completing the Roseland August Trail 100k, it was only right that Stu Nicholas should enter the other two big marathons in his homeland of Cornwall

As the saying goes, there’s no place quite like home, and Stu Nicholas loves going back to his spiritual home of Cornwall to race. And when he does, he always represents his previous club, St Austell, for whom he still runs for as second claim.

But whilst he may be wearing a different coloured vest, Stu is still every bit as fast and every bit as successful as he is back in Bournemouth.

Having already completed the Cornish Imerys Trail Marathon, which he won, and the Roseland August Trail Plague, which was over 100k, there were still a couple of other Cornwall based races on his bucket list for 2019. They were the Eden Project Marathon and the Cornish Marathon.

The Eden Project Marathon took place on 13th October and that was a race he was victorious in last year. Sure enough, he was back to defend his crown, but it wasn’t going to be easy.

The Eden Project Marathon is run on a hilly, multi-terrain course through areas of spectacular mining heritage and beautiful countryside landscapes. Around 60% of the course was off-road and some parts were very swampy. 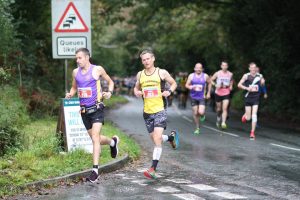 Towards the beginning of the race Stu was out front with Jamie Stephenson of Mile High AC. They were running together up until about the 10-mile point when they encountered the first proper muddy and waterlogged section.

At that point Jamie began to open up a gap. Rather than attempting to go with him, Stu decided to just run his own race and if he caught up he caught up, if he didn’t he didn’t.

It turned out he didn’t catch up and Jamie managed to hold it together to record an excellent finishing time of 2:53:47. Stu arrived in shortly after to take 2nd place in a time of 2:56:40. Olly Jones of East Cornwall Harriers took 3rd place in 3:02:53. 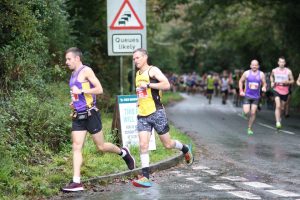 Given it was a tough, off-road course in very tricky conditions, that was actually a pretty good time from Stu. He wasn’t too disheartened with having to settle for 2nd place though and joked that next year he might try and get 3rd place so he has the full set, after finishing 1st last year.

Two weeks later Stu was back in marathon action in Cornwall’s only all-road marathon, the Cornish Marathon. The race started from Millenium House in Pensilva and was supposed to consist of a scenic circular out and back route.

A torrential downpour and gale force winds had taken some trees down though and resulted in a six mile section of the course being completely flooded. That brought about a last minute change of route meaning it would be a straight forward out and back route as opposed to a lollypop style route. 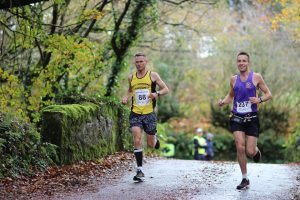 Stu bumped into an old adversary of his, Olly Jones, at the Cornish Marathon

To start off with Stu was running Olly Jones, the same guy who finished just behind Stu in the Eden Project Marathon. The pair were leading the race together for the first 10 miles. After that Stu began to gradually pull away.

Initially it was just a slight drizzle but the weather worsened as the race went on, turning into another torrential downpour. As it was now an out and back though, Stu received lots of encouragement from his St Austell teammates on the return leg. That did mean the route was a lot hillier than it otherwise would have been though. 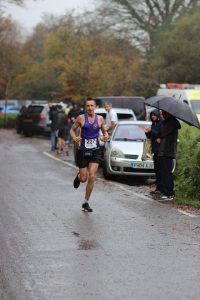 Due to the change of route, the distance unfortunately came up half a mile short but that didn’t detract from what was a brilliant performance from Stu and he won the race convincingly in the end, crossing the finish line in a time of 2:47:26.

Four minutes later Olly arrived to take 2nd place in 2:51:47. He was followed by Dean Harris of Chineham Park who was the only other man to get in under three hours.

In a race that was once voted the in the top three toughest marathons in the UK, Stu managed a highly impressive average pace of 6:23 which was a hell of an effort.

So out of the four Cornish marathon majors, Stu recorded two wins and one 2nd place. And he completed three marathons in under three hours and a 100k in 13-and-a-half hours. Not a bad return at all when you think about it. 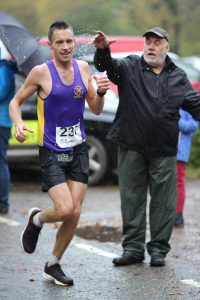