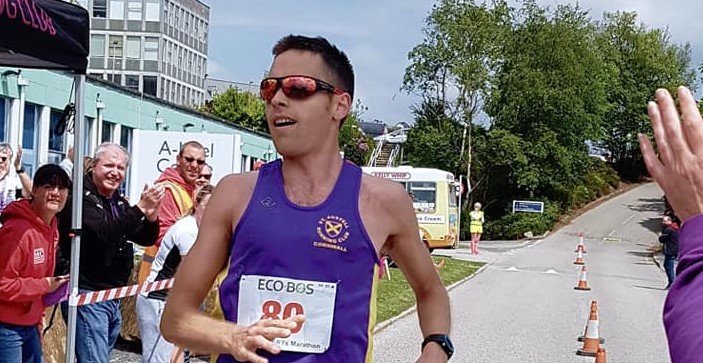 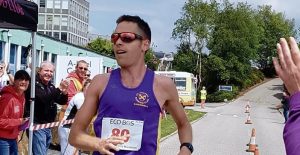 Returning to his natural home of Cornwall to compete for this second claim club of St Austell isn’t abnormal for Stu Nicholas. It’s something he likes to do every so often. In fact he completed his 50th marathon there last November making for a very memorable occasion that day.

His  latest race over in that part of the world was a very different prospect though. The Cornish Imerys Trail Marathon offers a very unique running experience. It is staged on land belonging to Cornwall’s China Clay industry, giving it a type of terrain very rarely encountered by a runner. 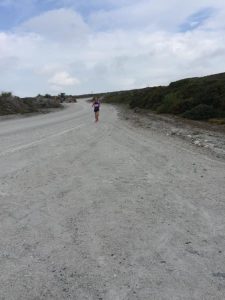 It was very lumpy and bumpy underfoot making it extremely tough going, even for an experienced marathon maestro like Stu. He negotiated the difficult surroundings like a true pro though and was soon up the front, on his own, leaving everyone else trailing in his wake. 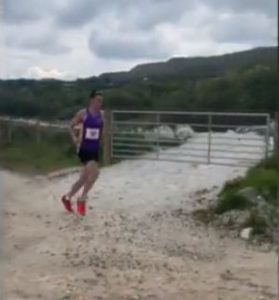 Once he put his foot down and took control of the race, there was no stopping Stu

He made light work of the china clay mining surfaces and moulded a superb performance with a fine finish. And what’s more, although it was such tough ground to run on, Stu still completed the course in under three hours, which was extremely impressive. 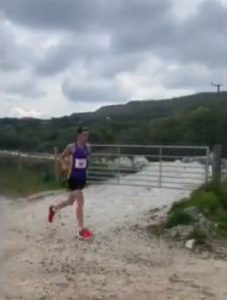 Although the terrain was tough going, Stu made it look easy

His time of 2:59:12 was 21 minutes and 27 seconds quicker than his nearest rival on the day, who was Wendy Chapman of Truro Running Club. 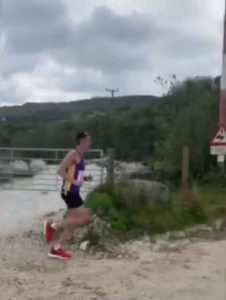 Stu was ahead of his nearest rival by quite some margin

It was another strong win for Stu after he recently came out on top in the Dark Ox Quarter Marathon. He also secured a new PB of 2:43:10 at the Brighton Marathon in April.

And at the Imerys Trail Marathon, despite the fact that it was such a surreal environment, Stu had delivered another marathon masterclass. In fact, he described it as almost lunar. One thing was for sure though and that was that he was over the moon with his emphatic and dominant display. 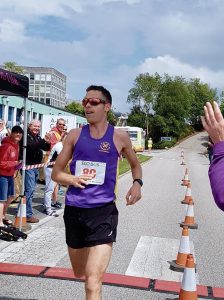 Sweeping home for the win in a time of 2:59:12, it was a mightily impressive performance from Stu