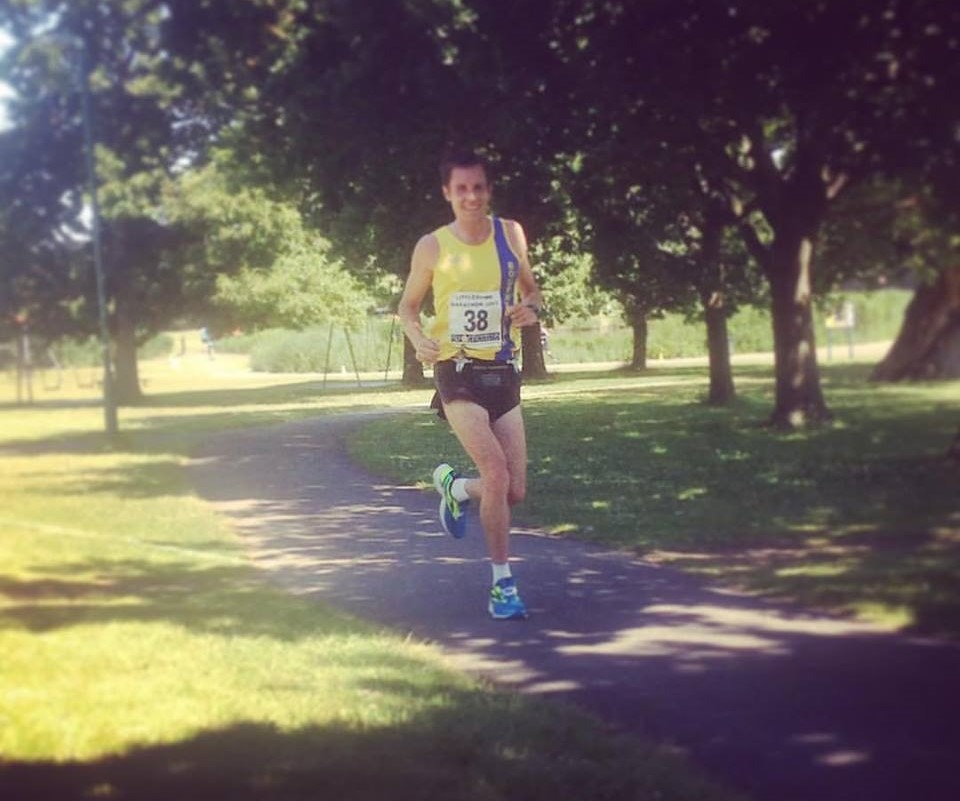 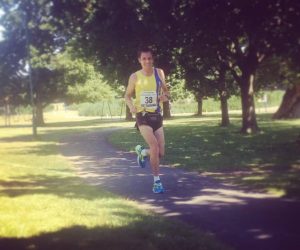 Stu Nicholas was faced with the task of completing the Black Knight Challenge Run on the Wednesday and the Teddy Bears Picnic the day after, both of which were on the same 6-lap undulating, off-road course

It was very much a tale of two different marathons and two different outcomes for Stu Nicholas as he embarked upon his latest quest to tick off another couple of races in his bid to reach the big 50 by the turn of the year.

He has done marathon doubleheaders of a weekend before, completing one on the Saturday and another one on the Sunday for instance, thus essentially killing two birds off with one stone. In that sense, he’s no stranger to the rigours of running two consecutive marathons on two consecutive days.

In fact, in January of this year, Stu entered the Winter Enigma at Caldecotte Lake in Milton Keynes. He took the option to run back-to-back marathons on the Saturday and Sunday of that weekend and spectacularly won both races.

This time round he was aiming to complete two events put on by Saxons, Vikings and Normans Marathons and Challenges. The first of these was the inaugural Black Knight Challenge Run which held on a Wednesday. That would then be following by the Teddy Bears Picnic Challenge Run on the Thursday.

It wasn’t Stu’s first experience of an event put on by Saxons, Vikings and Normans Marathons and Challenges. In November last year, he completed and won the Halloween Challenge marathon. Then five days later, he was victorious in the Enigma Fireworks marathon which was held on Bonfire Night.

But did he have it in him to complete the two marathons back-to-back on this occasion? And did he have the intestinal fortitude to win both of them? That was the question.

Both races were located on the same course, at King’s Wood in the heart of Kent between Ashford and Canterbury. They consisted of six 4.37-mile loops on a challenging trail route with an undulating profile.

Each loop incorporated an elevation rise of approximately 350 feet. The course was predominantly out in the depths of nature, well away from the throws of bustling civilisation. 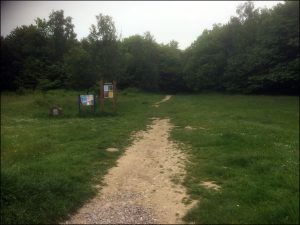 The track leading into King’s Wood

The Black Knight race started at 2pm on the Saturday, which was a scorching hot day. The afternoon start posed some problems for Stu when it came to nutrition.

Despite that though, he assumed an early lead. Due to the nutritional issues, come the half way stage he was running low on fuel and felt like binning it off. It was only the encouragement of race organiser Traviss Wilcox that kept him going. 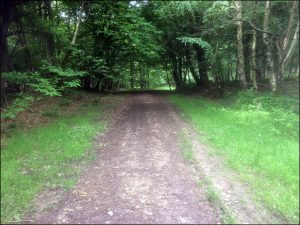 He persevered though and managed to complete the 26.2-mile distance in a time of 3 hours 39 minutes. This was enough for a convincing win for the marathon distance, giving him an advantage of 14 minutes over his nearest rival Adam Austen. No one else got under 4 hours for the 26.2-mile distance. 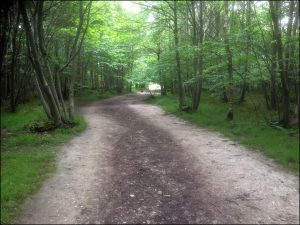 With plenty of undulations and mostly hard surfaces, it was a very challenging route

So, it was a good first marathon of the two. Could he follow it up with another success the next day though in his second marathon? It was always going to be a tough ask but if anyone could do it, it would be Stu. 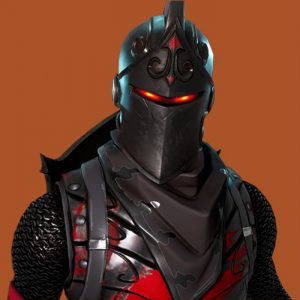 The proceedings got off to a good start and the runners and riders were soon on their way. Just as he did in the Black Knight Challenge Run, Stu assumed an early lead and quickly built up a sizeable advantage over the rest of the field. 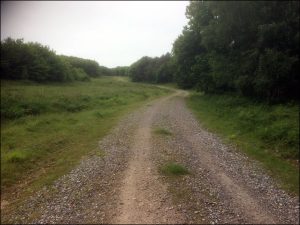 A track running alongside the woods

As the old Teddy Bears Picnic proverb states though, if you go down to the woods today, be sure of a big surprise. Stu had not taken heed from this though and he hadn’t gone in disguise. He was the same Stu Nicholas who won the Black Knight race the previous day. This time though, he was in for a big surprise. 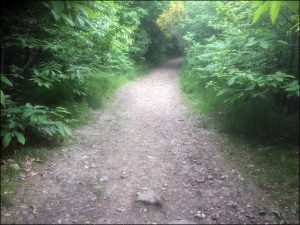 The pathway through the depths of the forest

As he was almost ready to start his 6th and final lap, having led the race from the outset, when the extreme heat and the bludgeoning terrain finally got the better of him. He blew up massively and his hip flexors and entire core was shot to bits. He had reached his breaking point and just couldn’t go on. 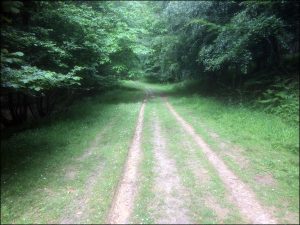 It was supposed to be marathon number 46, which would mean he only had four left till he reached his 50 benchmark. Sadly though, it wasn’t to be and Stu regretfully had to end the day on 21.85 miles.

As far as the rules of the race go though, you are actually allowed to complete any number of laps you want and provided you’ve done at least one, you get in the results, with your total distance being dependent on laps completed.

Stu completed the 5 laps he did do in a time of 2 hours 49 minutes and 26 seconds. If he’d been able to manage the last lap, he would have finished in a much quicker time than he registered for the Black Knight Challenge the previous day. In fact, he probably would have been looking at around 3 hours 25 minutes.

The fastest man who did manage to complete the 26.2 miles was Paul Richardson who clocked a time of 3:29:55, so although that was still a great time, it wouldn’t have been enough to finish ahead of Stu, had he been able to continue as normal. 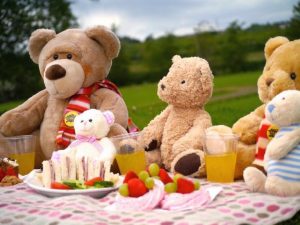 Again, there were no photos available of Stu from the Teddy Bears Picnic Challenge Run so here’s one of some teddy bears having a picnic instead

Nevertheless, it was still sad for Stu, having gone all that way and having been one lap away from victory – and most importantly ticking another one off the list.

There were learnings he could take from it though and he had discovered that diarrhoea salt replacement sachets are no substitute for electrolyte tablets.

This mishap will mean that Stu has to try and squeeze in an additional, unscheduled marathon before the end of the year in order to meet his target. He’s still got five months left though so if he does one a month, including one this month, in July, he will still make it. 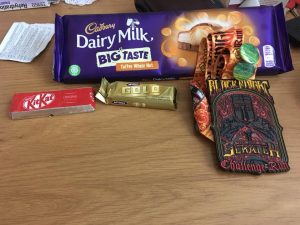 The spoils from Stu’s first marathon of the two, the Black Knight Challenge Run

Next up for Stu it was the Portland 10 – a Dorset Road Race League fixture. This race would offer up an ideal opportunity for Stu to put the disappointment behind him and move on from it.

That’s the good thing about running. No matter what happens, there’s always a chance for redemption just around the corner. Besides, winning one out of two marathons is still a good result and one that most of us mere mortals could only dream of. 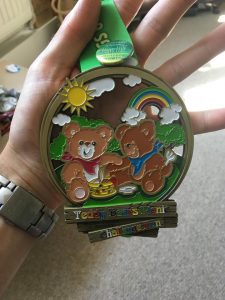