Stu sows the seeds and reaps the rewards in Eden Marathon 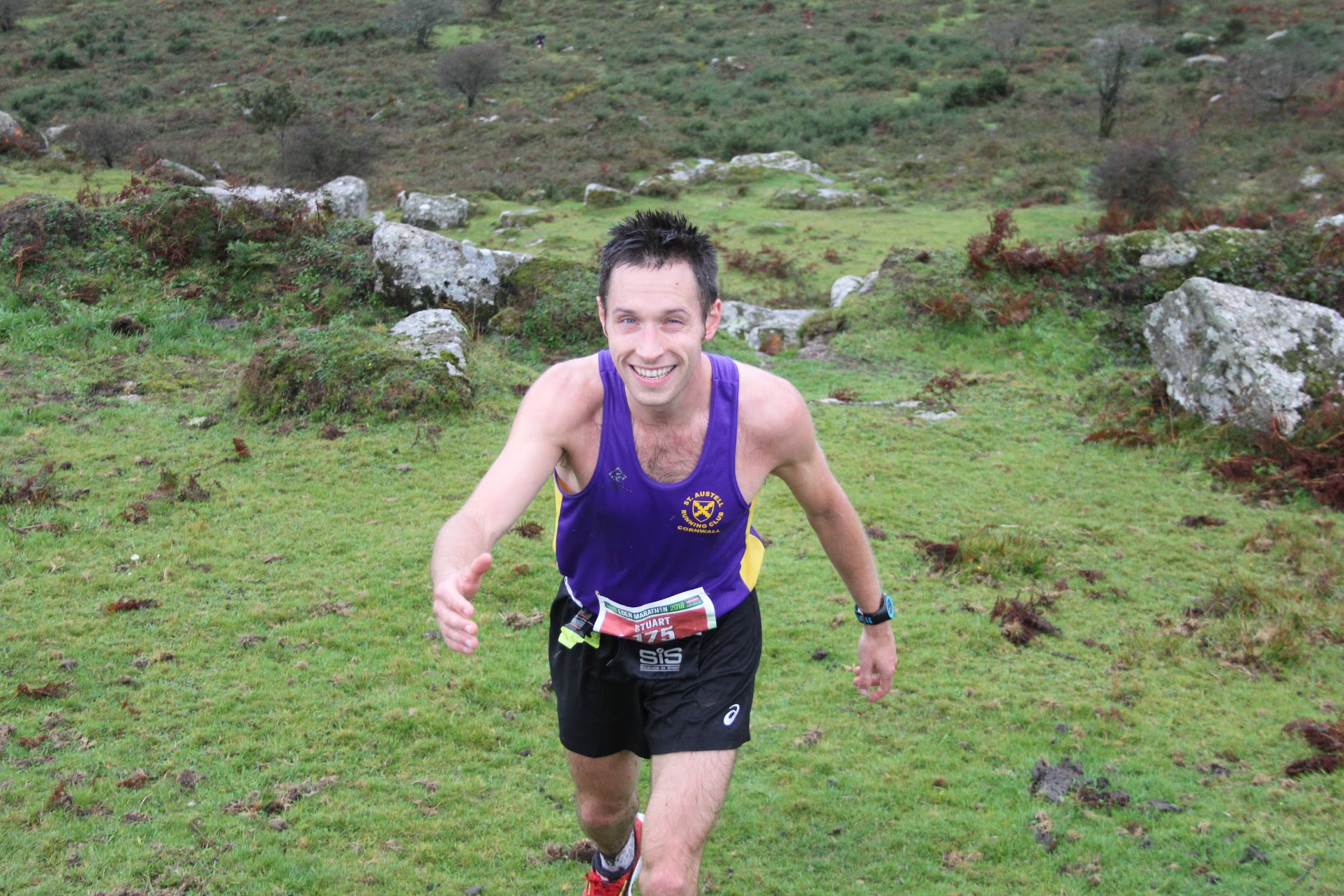 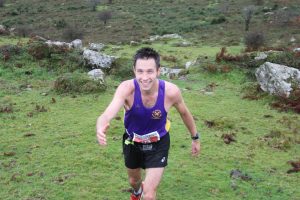 It was a visit back to his old stomping ground of St. Austell for marathon number 49 for Stu Nicholas as he took on the Eden Marathon

It was very much a case of ‘home sweet home’ for Stuart Nicholas as he went back to his roots in Cornwall to tackle the Eden Marathon. Stu has of course done many a marathon and should he complete this one, it would be marathon number 49. But this one encapsulated a special meaning since the Eden Project is only five miles from his parents’ house so quite a lot of the route was his old stomping ground.

It also provided him with a good opportunity to represent his former club St. Austell, who he still runs for as second claim, and catch up with some of his old teammates.

The Eden Marathon is Cornwall’s biggest running event, providing a tough, hilly multi-terrain route through the sumptuous Cornish countryside. The course features some spectacular mining heritage along with plenty of scenic landscapes.

The race started off on a steep downhill curve, with Stu setting off in a lead group of three, accompanied by Marc Smerdon of East Cornwall Harriers and Jamie Stephenson of Mile High AC.

The trio stayed together for the first half of the race, feeling each other out and with no one prepared to make a break for it at an early stage.

As they traversed down a waterlogged country footpath, the other two runners moved away from Stu, establishing a small advantage. Stu knew that he would be able to claw them back on the road sections though.

The course makeup was around 70% road and 30% off-road so there would be plenty of opportunities for Stu to seize the initiative. At mile 18, he picked off Jamie Stephenson, manoeuvring up to 2nd place. 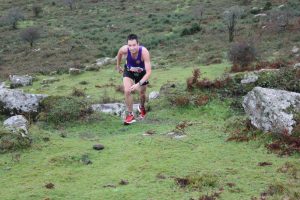 Then, at mile 21, he caught up with Marc Smerdon and overtook him. The Eden Marathon wasn’t only a chance to meet up with old friends from his former club. It also provided the prospect of renewing old rivalries. He and Marc had had their fair share of tussles on this course over the years.

This time Stu was determined to come out on top though and dug in well to maintain his advantage until the race was nearing its conclusion.

Stu held his hands aloft as he crossed the line to take a glorious homecoming victory. His time was 2 hours 53 minutes and 25 seconds which, on a course that contained some very tough sections, is extremely impressive.

It was good to see Stu back at the top of his game after he’d experienced some mixed fortunes over recent times. In his last foray, at the beginning of September, Stu took on the Andover Trail Marathon, where he finished in 4th place, crossing the line in 3 hours 42 minutes and 48 seconds.

At the end of July he successfully completed two marathons on the same day, running the 28.5 mile Dorset Invader first, where he took 3rd place.

He then followed that up by heading to Queen Elizabeth Country Park for the Midnight Marathon, a night run along the South Downs Way, where he finished in 15th place.

In the double marathon weekender he attempted before that at King’s Wood in Kent, he very nearly won both them, first taking victory in the Black Knight Challenge.

The next day he had a commanding lead in the Teddy Bears Picnic Challenge after five out of six laps. Sadly, he was physically unable to go any further though. On an extremely hot day, the conditions and the bludgeoning terrain had got the better of him and his hip flexors and entire core was shot to bits.

With 21.85 done, he was forced to abandon the race, which was gutting as he was so close to another win and more importantly, another marathon added to list in his quest to reach the big 50 by the end of the year.

His win at the Eden Marathon has put Stu back on track though and means he now has only one marathon left to complete by the turn of the year to reach his goal. That will be a hugely commendable achievement if he can do it after starting the year off on number 37.

In another bonus for Stu, he was given some great press coverage in the local St. Austell newspaper afterwards, with a big article being written to tell the story of a local running hero making his triumphant return home. 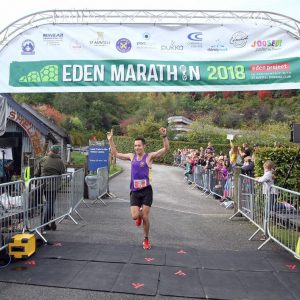 Forget the ‘Lightening Bolt’ and the ‘Mobot’. It’s all about the ‘Stu Salute’ as the hometown hero crosses the line for a famous victory